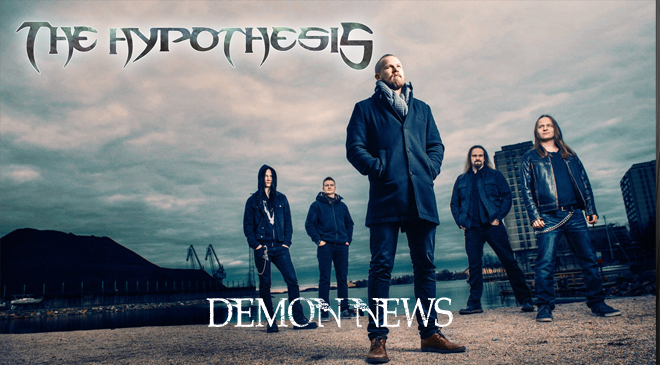 THE HYPOTHESIS, a Finnish band playing modern melodic metal, has released their ORIGIN -album. Origin is now available in Spotify, Itunes and other download and streaming services. The Origin –album has already gathered excellent reviews globally and radios around the Europe and US have added The Hypothesis on their playlists. Physical CD-version and digital version of the album can be purchased worldwide via links below!

THE HYPOTHESIS in Spotify:

https://open.spotify.com/album/2dnuO9XA20yRkzcRFYhasq
THE HYPOTHESIS in ITunes:

THE HYPOTHESIS in Google Play:

”I enjoyed a lot recording the guitar solo on this album, since the stuff sounds technically challenging yet catchy!” -Daniel Freyberg, Naildown / Children Of Bodom

“The Hypothesis gives you the best headbanging and the biggest muscles!” –Noora Louhimo, Battle Beast

“These newcomers from already awesome Finnish metal scene will hit you like a freight train with their modern melodic metal. Rookies hit the majors league with an instant home run!”
–Tuomas Saukkonen, Wolfheart, Before The Dawn, Black Sun Aeon, Dawn Of Solace

”Overall this album is like someone has taken a death metal vocalist and thrown them into a fantasy land full of  symphonies, solos, riffs and chaos, if you love melodic metal, Origin is a début album that leaves you spellbound.” –Rocknreel

“Long story short it is recommended this album should be bought and listened to. Particularly if one likes the bands Scar Symmetry and Wintersun!” –Distorted Sound Magazine

”If you like your death metal edged with a touch of originality, then look no further!” –The Moshville Times

“Although The Hypothesis have actually been about since 2009, 2016 is the year that marks the band releasing their debut album and has it been worth the wait? Most definitely!” –Soundscape Magazine