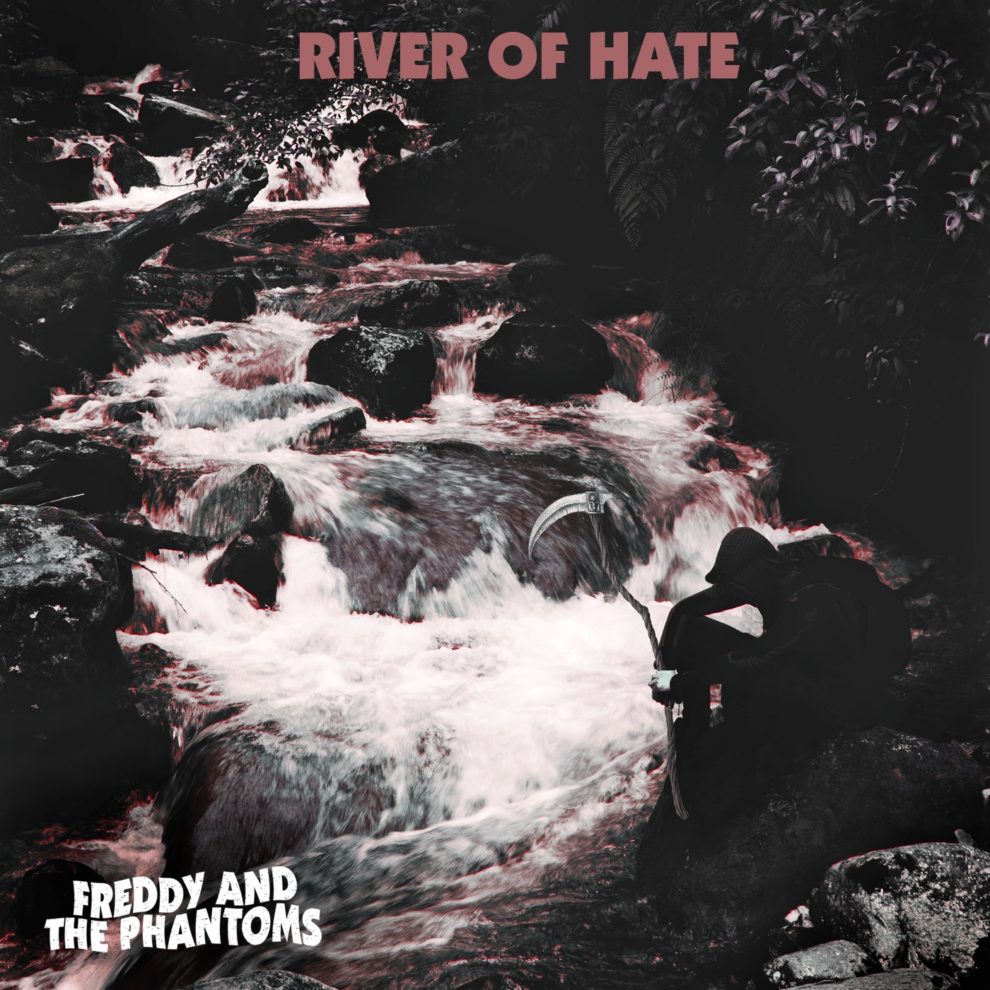 Freddy And The Phantoms  premieres the music video for the “River Of Hate”, taken from the upcoming new release “A Universe From Nothing”, set to be released on April 24th, this song features a guest solo from Danish legendary guitar player Soren Andersen.

River Of Hate? Is the hate that tear out souls apart or is it just this crazy world that made us like this. The listeners can find out that in this song, that perfectly presents the corrupted politicians and false media that presents fake news, fake information as a warning that we live in some sort of Matrix and unreal world full of lies and deception, where people are divided and they are suffering because of it, fighting someone else battles.

This song shows  and presents perfectly the ugly and sick reality that we live in as well as the music video itself- that follows the story in a perfect manner. With the classical rock sounds, this song has that rebellious rock vibe that will keep the attention of the listeners the whole time through-out the whole song – also with the help of one and only virtuoso Soren Andersen, this song is a ticking bomb of destruction ready to set the truth free in it’s best form.

In the video, there is also a interesting thing – there are images of the politicians and fake news network, amazingly presented in the video, follows each word of the song and the most present person is of course Donald Trump, and it’ not a surprise, he is a perfect example of the corruption, apparently band knows how to show it in a perfect way.

Soren of course did a awesome job with his godless/divine skills, making the end of the song more epic that the song already is by itself.

Rebel and be free, in the name of justice and rock n’ roll that floats through the river of hate.

Freedy Schnoor Vocalist/Guitarist states this about the new music video:

“River Of Hate” is a picture of how politicians and the media feeds on promoting
fear, hatred and dividing people into us and them. Trump is the leader of the current movement – the king of lies and deceit”.

On Freddy And The Phantom’s fifth album, “A Universe From Nothing”, the band embark on a new epic chapter in the history they have been writing over the past decade. The door to the future is open and the band now finds itself in a dystopian and dangerous universe, where the threat of doom is constantly lurking in the shadows. There is no easy answer to the highly conceptual new album, which has been inspired by both Dante’s The Divine Comedy, Stephen Hawking’s A Brief History of Time, and the world’s current climate crisis. These heavy themes have also resulted in a heavier and tougher musical expression. A musical transformation that has sent the band into a heavy and scifi-rock universe, but without leaving their basic DNA of blues music behind.

Check out the premiere for the “River Of Hate” featuring Soren Andersen, here:

The official schedule for the God Dethroned and Obscura show has been revealed at Dom Omladine in Belgrade/Serbia!
Mike Tramp premieres the music video for the “The Road”, freedom anthem in a classical rock manner!