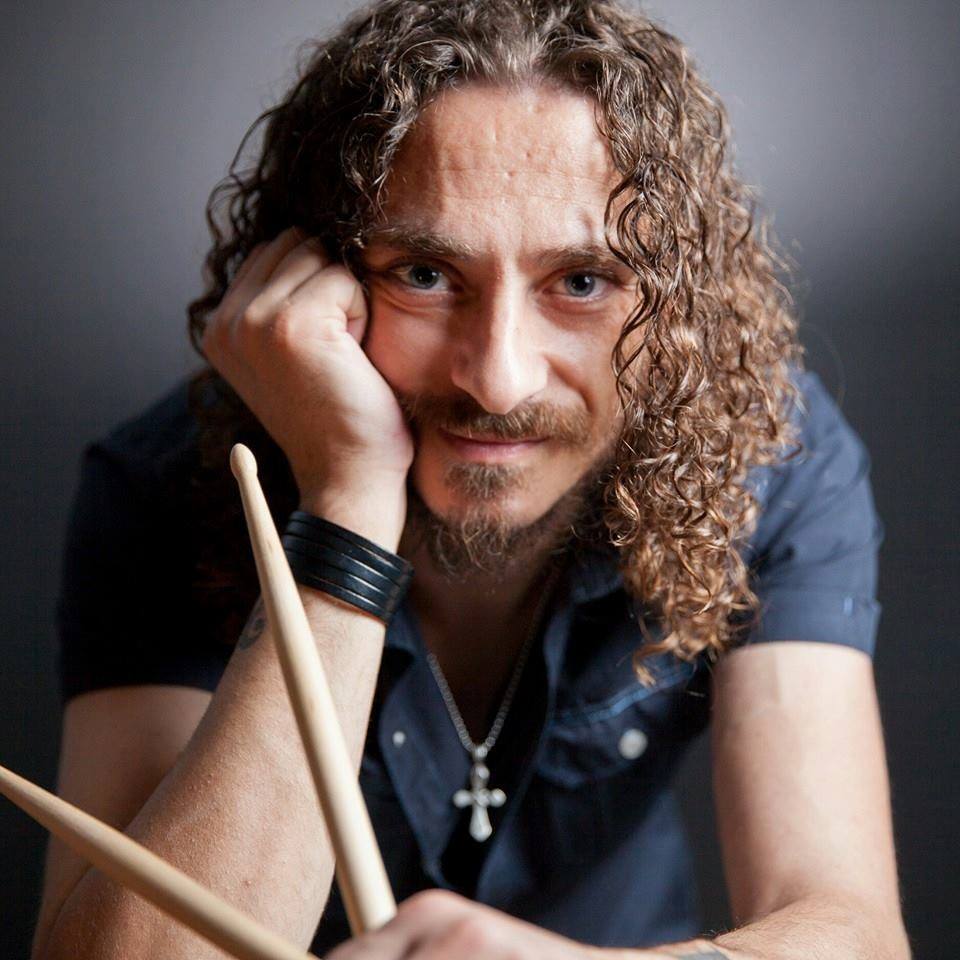 On the scene since 1992. Once graduated at University of Music in Rome, he played live and recorded demos with several bands from the Naples rock/metal scene. He played in the album “A New Day” from Silent Field, for Nocturnal Music label, followed by a live tour. After moving to Bologna, he recorded “Rock, Groove, Sexy & Funky” (2004) with Alias, “Misteriosevoci” (2005) and “Rebus” (2008) with Barock Project, for the french Musea Records label. He recorded two songs with GOS (Ivano Zanotti, Vince Pastano, Giorgio Santis) in 2006. Official drummer for Rain from 2011 to 2014, he played in “XXX” tour, “Mexican Way” album and the following 9-months tour. Member of Ypnos (actually in studio recording their first album) and Coda (Deep Purple and Led Zeppelin tribute). On September 2014 he started writing songs for his solo project, the GC Project, the Giacomo Calabria’s soloproject. After three years on tour in Italy and Europe, studio recording and many sessions, his desire is to play music tha includes many genres, progressive, hard rock, heavy metal, blues, latin, and play with several artists who are friends too, to create an album with different kind of sounds, attitudes and interplay, All songs and lyrics are written by Giacomo Calabria.
The album is titled Face the Odds, released on december 7th 2015 by Sliptrick Records, and contains 11 original tracks and one ghost track, The Black Page #1, tribute to Frank Zappa, and it’s available in stores, on Itunes, Deezer, Amazon music, Google play, Musimania, KKBox and others platforms.