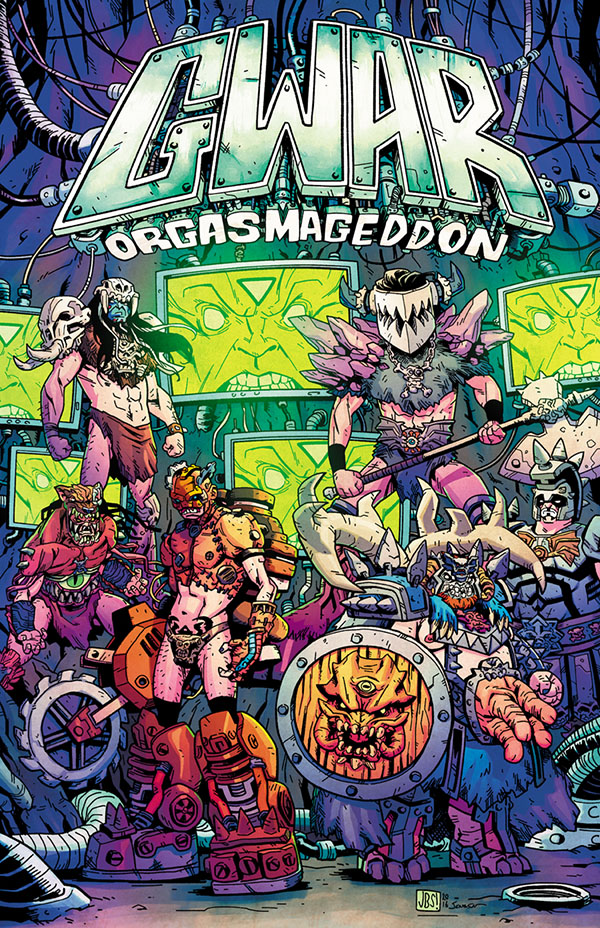 Due To Massive Demand, GWAR: ORGASMAGEDDON will see release as a trade paperback from Dynamite Comics, collecting all 4 issues of the hit series.  The book will include the main story by GWAR’s Matt Maguire, Matt Miner, Jonathan Brandon Sawyer and Tom Neely, plus all the backup stories and art from a wide range of ultra-talented creators and members of GWAR themselves.
Statement of the co-writer Matt Miner about the comic:
“It’s been an honor to work on this book with the guys from GWAR.  “I’m thrilled and humbled by the massive positive response the comic books have gotten and I’m ecstatic that Dynamite Comics is publishing a collected paperback that can sit on library shelves and corrupt children for decades to come.”
GWAR and Matt Miner ask that fans pre-order the new trade paperback and visit www.comicshoplocator.com to find their local stores, to ask them in person, on Twitter, Facebook, or on the phone to carry the book on their shelves.  “Facebook messages are the least intrusive but most effective means of outreach,” says Miner.  “If the trade paperback does well then we could see a second comic series of blood-drenched antics featuring our favorite Scumdogs of the Universe.” 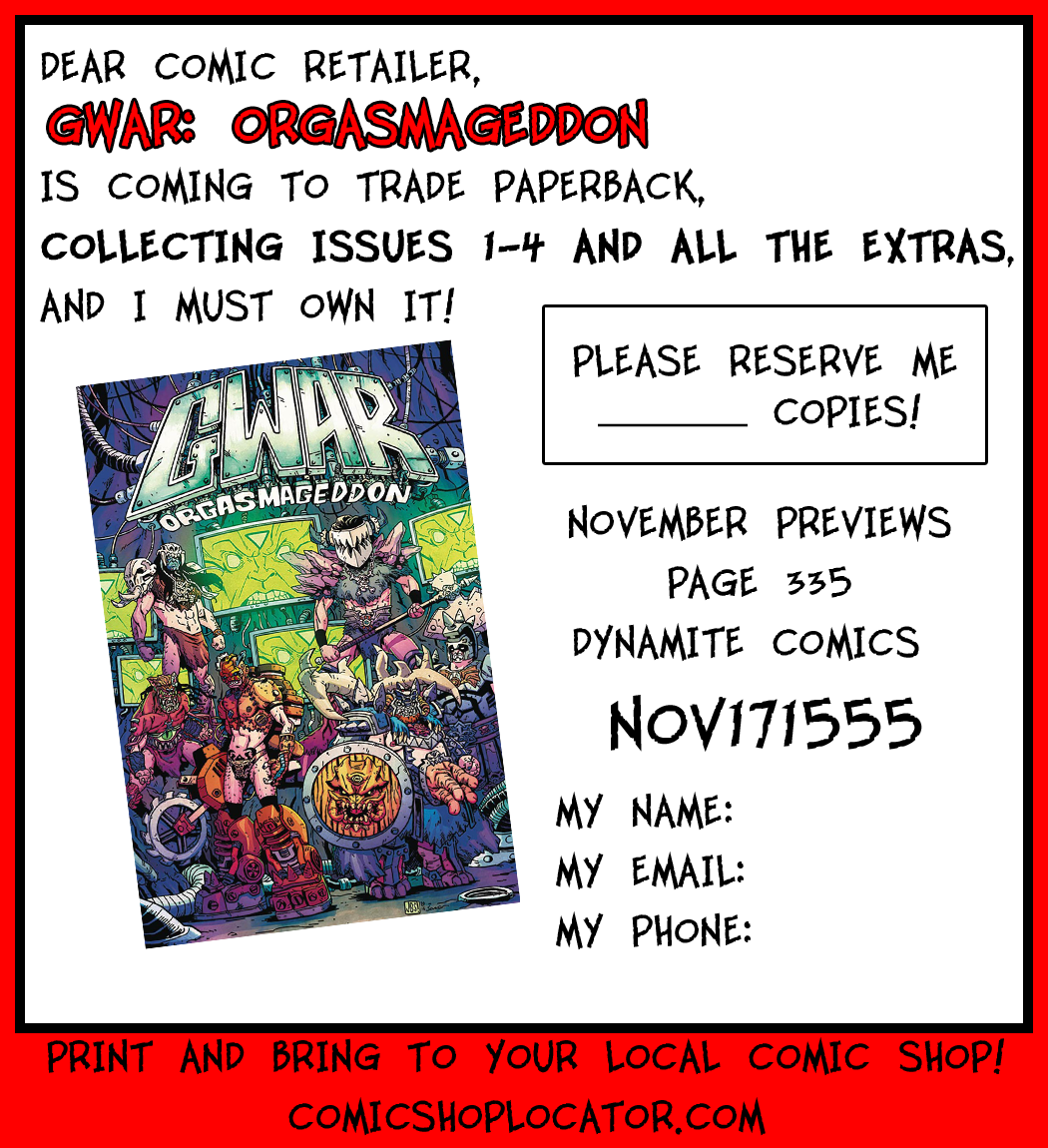 Miner also has some advice for those wanting to own copies of the book themselves: “Get your pre-orders in now and secure your copy.  Wait until it’s sold out and you’ll be selling kidneys on the black market to pay jacked-up prices on eBay.”
The comic creators have provided a pre-order coupon for fans to print and bring to their local comic stores, and, should eager readers not have a local comic store, Miner suggests pre-ordering online from Things From Another World (TFAW.com) at this link: http://bit.ly/TFAWgwar
Having already violated the art, music, and film worlds, now infamous scumdogs GWAR are coming for your graphic novels and bookstores!  Do you need to be a GWAR fan to love this book?  Hell no!  There’s loads of laughs, violence, fun, and irreverent social satire for everyone to enjoy!
Trampling through the past after being trapped in time by the cold and calculating Mr. Perfect, GWAR fights and kills and kills and KILLS, slogging their way through human history in a torrent of gore, blood, bile, and other assorted bodily fluids the way only the most famous satirical heavy metal band from the depths of outer space can.
Again, what grim vision this? Blood stained tomb, beer cans, and piss…
Tagsamerican metal band comic books gwar heavy metal orgasmageddon