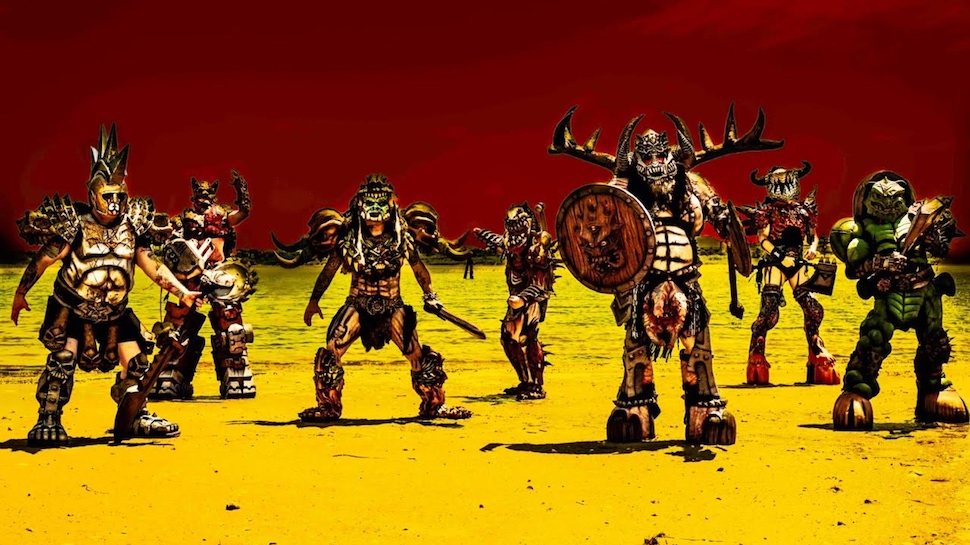 Attention Human Scum!  Only five days remain until GWAR unleashes their new masterpiece “The Blood of Gods” to the masses!  So far your ear holes have been devastated by the blistering sounds of “Fuck This Place” and “El Presidente”. Today your Alien Overlords are set to take it to a new level with the release of their latest sonic triumph; “I’ll Be Your Monster”. In fact, GWAR has teamed up with Nerdist for an exclusive premiere of the track. Listen to it HERE!

Statement of The Berserker Blothar about the new upcoming album:

“This record is gonna knock your socks off. I mean, I don’t have feet, but I think that’s a thing. It rocks! It is quite simply, the best collection of recorded music in the history of the world. Buy it. It will leave you feeling guilty and emotionally drained, but it feels good while you listen to it. I promise,”.
“The Blood of Gods” is available for pre-order at http://www.metalblade.com/gwar/.  Digital pre-orders come with instant downloads of “Fuck This Place”and “El Presidente.“
GWAR are set to return to the road this Friday on “The Blood Of Gods Tour”, which kicks off October 20th in Richmond, VA. The first leg of the tour features support from Ghoul, Doyle and U.S. Bastards, and the second leg of the tour will feature Ghoul, He Is Legend and U.S. Bastards.  The tour runs through December 10th in Detroit, MI.  A complete list of dates can be found below.
GWAR’s new album is being hailed by critics as the greatest sonic event since the Big Bang. “The Blood of Gods” chronicles the massive battle between GWAR and the forces of all that oppose them. Along the way, the band challenges the sins of humanity from politics, pollution, and organized religion, to fast food, and factory farming. Humans are shown as what they are; a parasitic disease that must be eradicated before they suck the planet dry!
GWAR LIVES MOTHERFUCKERS!