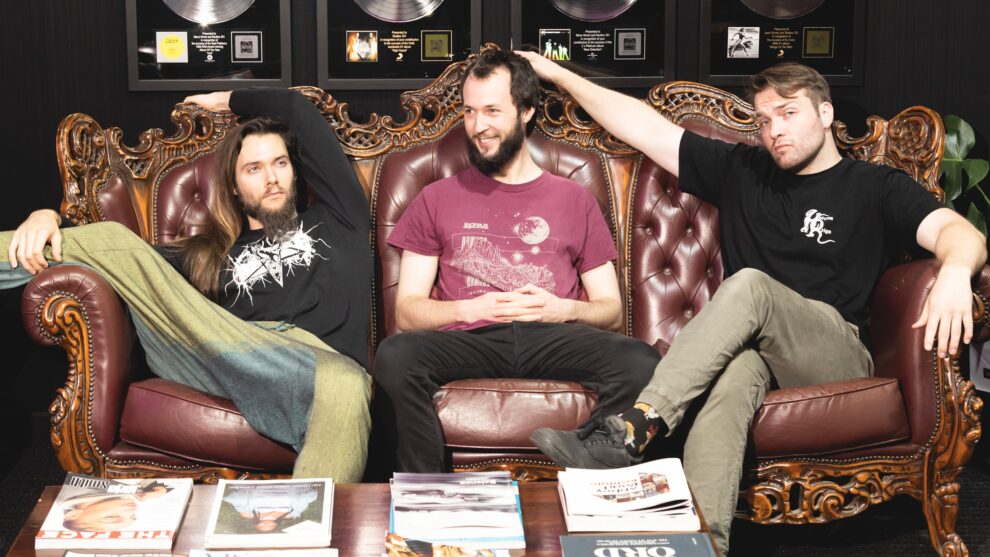 “Ahab” is one creative, but yet technically perfect song. This guys fused the storytelling mantra – with outstanding technical adaptation, that followed this story to the core.  Arrangement’s for the song are something special and great, every passage is adapted masterfully – with each part of the song, every melody and sound. Reflecting not only the story, but their sense to feel their music, to make their creative ideas, whole. And also having this skillful approach, but yet different that usual rock or prog rock patterns to the song. This is why this song is so specific, original – with dose of true theatrical moments, that added more genius vibe to the whole song. The main point is the story, which means the guys from the band adapted their direction and music towards it. Which is the main point of creating something progressive – that follows the emotions and essence of the story and song. It is not about music being progressive, just to have this technical progressivity – that is mind-blowing. It is also, about creating vision and fusing it – with the story and adding the progressive mastery to it, to sound perfectly good. That is the real progressivity, not to sound only good. This guys for sure did that and showed – the importance of every aspect in one song and music in general. It is rhythmical and special from beginning till the end – from the slow atmospheric intro – followed by amazing vocals of Lachlan Arvidson to the intense parts in the song, that are changing and sifting rapidly as the story changes. Every part shows the changes in the story, progressing and then culminating at the end of video and song. This shows full art mastery – that has high quality to it. Low ground riffs and other technical adaptation are with-out a doubt coordinated and balanced in quite unique way. Not only to be technically perfect, but having a dose of this aural power to it. That stands out from usual progressive rock adaptations – with the follow up to the stories core and pointing out every emotion and detail – through progressivity, making this song just a divine/progressive piece of art.

Every passage is sliding into one another, not standing out – which is awesome to hear that this guys – manage to pull this off with all of the changes in the song. It is rare to hear, that they didn’t make any mistake in the arrangement part – it just has that great inline moment, that nothing in the passages stands out in band way and happens in the right moment. Since some musicians, while creating music make a mistake – with the passages to have different structure to it, or just wrong approach that doesn’t sound good in the song.  This guys clearly, have sat done while making this song – putting an effort to create this outstanding synchronization and harmony – that they have in this song. The most brave thing by this band – is that they mimic stormy sea, waves and in general the sea – can have the most calming sounds in the world, just like the most heaviest and brutal sounds, ever. And that they wanted to imitate real nature sounds from wild – is quite brave and highly creative, since every progressive sound and other sounds or structures come from wilderness. They did this in their own original way, succeeding in creating riffing and blasting sea atmosphere. That sounds quite good – also it is quite strange, but yet amusing in a good way – how guitars can reflect natural sounds, not just pianos.  Job well done by this guys, they risk it – with this one, but they did it. And it is just astonishing and amazing how riffs reflect and mimic sea sounds.

Lachan has one of those vocals, that are theatrical – but amazing at the same time. He is a high skill Vocalist, that followed every aspect just greatly – following the crazy intense rhythm of slides through out the song – while demonstrating his talent and skillful vocals . He’s vocals go with this song – so smoothly. It gave it this certain emotions to the song. The best part of he’s performance is that theatrical, shouting and acting part at the end of the song. It presented the theatrical moment of the song, the best one – showing the artistic highlight of the song. This was also a clever idea and innovating one – to add acting in vocal parts. It sounded so refreshing and original – with a dose of artistic spirit that needs to be pointed out even more in music, not just to sound technically perfect. 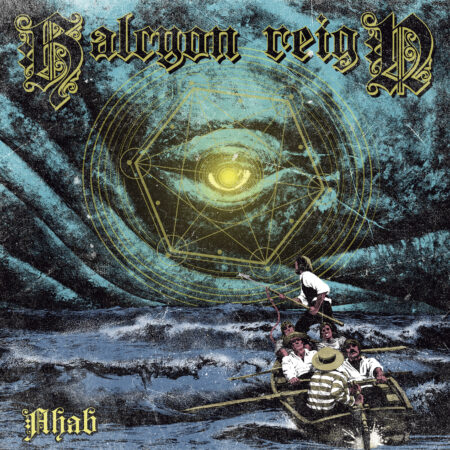 The story of the song is about this philosophical moment – that we are all sinners. That we all pay in a certain way – because of our sins. Showing how human mind can get dark and twisted – in his search for some answers. And it also portrays the search in sea – looking for seven headed beast or Kraken. Which also – points out man’s curiosity for something unknown, dark and twisted. The nun at the beginning of the video, shows how religion is pushing people into searching for this kind of things – with their degrading behavior towards non believers. Basically the whole point of the song is that you need to make you own choices and being a free being, even if those choices are dark or light motivated. That will all choose the path and our punishment for what we do in our life, not someone else for us. Since it is inspired by writer Herman Melville, it certainly is philosophical and interesting topic to thing about it. And the story goes perfectly – with the whole song, technical part, as well as the technical part with story. This show divine progressive art, for the higher senses.

The video is perfectly adapted to the whole song and the video editing team – also had the same vision as the band, resulting in creating visual art that is more that good.

This is also a new level of progressivity. That shows how progressive music – can always progressive with ideas and creativity, not only in sound. Delivering divine and powerful prog rock song, that is not only a strong one, but also highly artistic one to enjoy. Artistic progressivity in it’s best form and storytelling art. Progressive overload in a form of true progressive rock spirit – that conquers and dominates listeners mind and viewers eyes  – through it’s specific progressive art form of remarkable rock music.

Enjoy the theatrical ride of progressivity, awake you senses.

“Musically, ‘Ahab’ is a great summary of our songs up until this point in time; it’s got a riff city intro, false endings that only the super fans enjoy, and theatrical ocean moments. There’s been a few iterations of this track since we started playing it, all our parts have been written and rewritten a number of times until we landed on something that felt right. We had almost finished recording it just as Sydney went into a hard lockdown for a few months last year. While this would seem like a setback, in hindsight, it afforded us a lot of time to really refine the ambience and subtleties in ‘Ahab’. With a focus on theatrical music, it was an absolute joy to turn this song into a visual performance piece too. While it was slightly out of the budget for us to hire a functional sailing Vessel, we adjusted beautifully and captured the metaphorical internal struggle of obsession, possession and the inevitability of death PERFECTLY.”

Fresh out of the studio with a plethora of innovative new material, Halcyon Reign are sure to impress fans and critics alike and we are excited to see where ”Ahab” takes them.

Written and performed by Halcyon Reign

Written and Produced by Lachlan Arvidson and Halcyon Reign

Check out the premiere for music video of  “Ahab”, below:

Liv Sin premieres lyric video for “King Of Fools”, rebel, free your mind and feel the dominating power of true and rebellious metal/rock song!
The Effigy will release upcoming song “The Game” on September 30th!