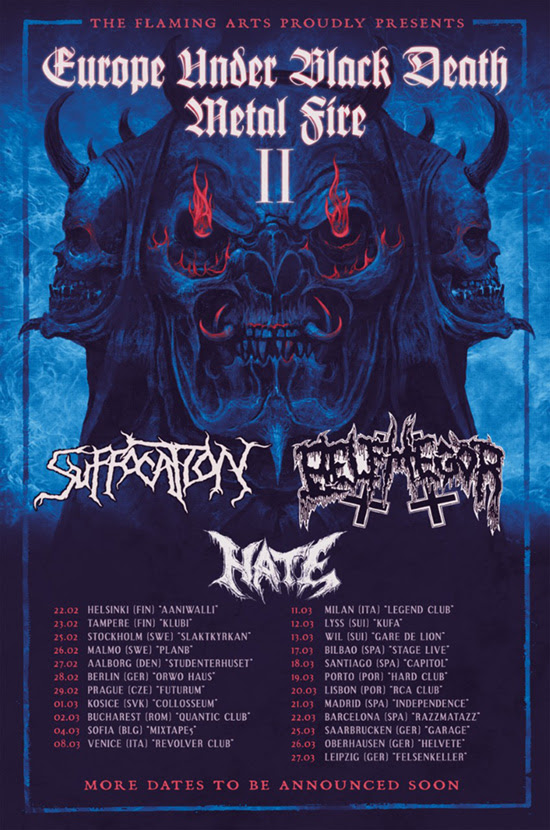 Legendary Polish blackened death cultists Hate have released their latest release “Auric Gates of Veles” through Metal Blade Records in June. After numerous tours and festival appearances throughout the year, the band is now announcing their first tour for 2020!

Legendary Suffocation and Belphegor are teaming up once again for the second edition of ”Europe Under the Black Death Metal Fire” brought by The Flaming Arts Agency. This time the package is strengthened by the well-known Polish blasphemers Hate. Extremely wide European geography, from the very south to the very north, over one month of touring and 30+ shows, this run simply cannot be missed by the extreme metal lovers. As a part of this magnificent lineup, Hate is preparing a show the crowd won’t soon forget.

Both musically and visually “Auric Gates of Veles” shows Hate at its most mystically morbid and hauntingly violent. To go along with the album release, Hate released a music video for the song “Sovereign Sanctity” that delves deeper into the themes of the album. Check out music and videos from ”Auric Gates of Veles” at: metalblade.com/hate – where you can also purchase the album in various formats.