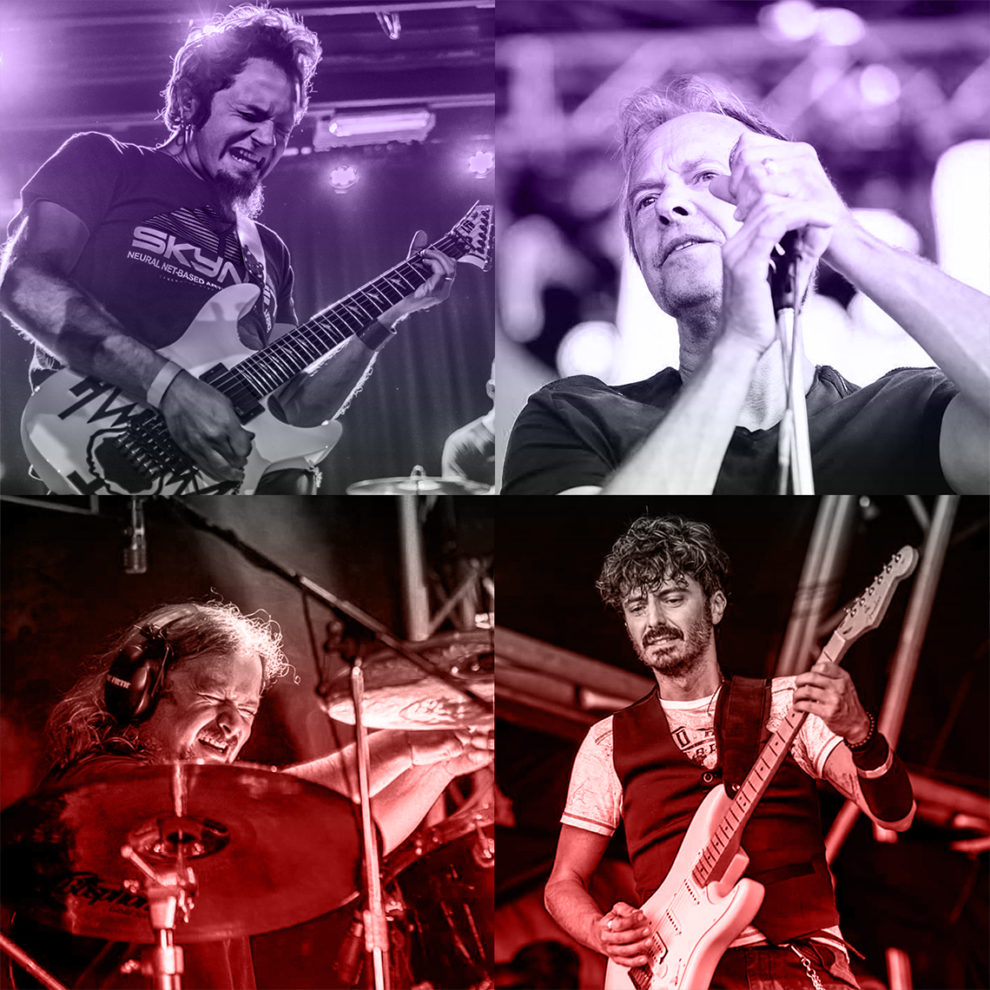 Headless premieres the official lyric video for the “Risin’Up”. The new outfit by renowned hard rock singer Göran Edman, former Yngwie Malmsteen vocalist , via Mighty Music Records. The band plays a blend of classic and hair metal with a progressive injection. Since the mid ’90’s Edman was mostly a studio session vocalist. Headless is his first attempt to give new life to his poetry.

This song is without a doubt, one of those song that has everything that one song needs to be just a glorious one – with the strong message about the chaos and the Corona virus situation and before the situation with the virus. The whole point of the song that is wrapped up in majestic cheerful sounds, groove riffs and epic solos is just that the human race needs to wake up and see the destruction that they made in this world – but with a hope to it, that nothing is lost yet, but it will be if the countries and their nations don’t woke up and rise up.

The images in this video are worrying, they present the reality – and the band with the lyrics wants to send a message with the lyrics “Don’t give up, there is still hope for a better tomorrow” and they did outstanding job fusing it with the whole concept of the songs and the riffs and melodies, it is just the pure symphony of hope. Video editor did a fantastic job with his professional skills, that follows the chapters in the story in synchronized way – which indicates that the viewers will have fun while watching it and experiencing it – mostly they will like the most combination of the colors, that changes in the video – that will for sure stay in the minds of the fans and audience.  Riffs, groove sounds and solos are  mixed in the technical part in  the skillful way, that every tone has it’s own personal role in this song and the message.  Majestic vocals of the Göran Edman added that spark to the song and the song has that truly optimistic vibe, contributed by his vocals, making the song a complete masterpiece – with a final touch to it, it’s a masterpiece of hope, courage, rebellion and freedom.

Fight for your freedom, rise up for the free world – embracing the groove sounds of the rock n’ roll – the biggest art of freedom of them all.

Statement of the Walter Cianciusi about the official lyric video and the song:

“”Risin’ Up” is a song about environmental awareness written and recorded during the COVID-19 pandemic. The lyricist/singer Göran Edman (ex Yngwie Malmsteen) wanted to suggest an ethical perspective to the new generations, urging them to rise from the current dystopian scenarios. The song was mastered by Grammy Award winner Ted Jensen at Sterling Sound Studios.”

After releasing the “Growing Apart” album in 2013 feat. Scott Rockenfield’s drumming – Headless toured Europe extensively, opening for the likes of Skid Row, Queensrÿche, Fates Warning, Candlemass & Don Airey. A new album – “Melt The Ice Away” – has been released in 2016 featuring Jim Matheos from Fates Warning. Then Headless embarked on another European tour opening for Angra, The Dead Daisies, Tygers of Pan Tang & Bonfire.

In 2018 American legendary vocalist Geoff Tate recruited some members of Headless to perform Queensrÿche classics in several European countries. While guitar players Walter Cianciusi and Dario Parente are still members of Geoff Tate’s touring band, they are also firing on all cylinders as songwriters for Headless.

Starting from 2020 the band is planning to release several new songs. The first single they choose to deliver is the anthemic “Risin’ Up”, whose lyrics written by Edman suggest an ethical perspective that the singer wants to share with the new generations, considering what is lately happening worldwide. The single will also have a lyric video released.

Check out the premiere for the official lyric video for the “Risin’Up”, here: