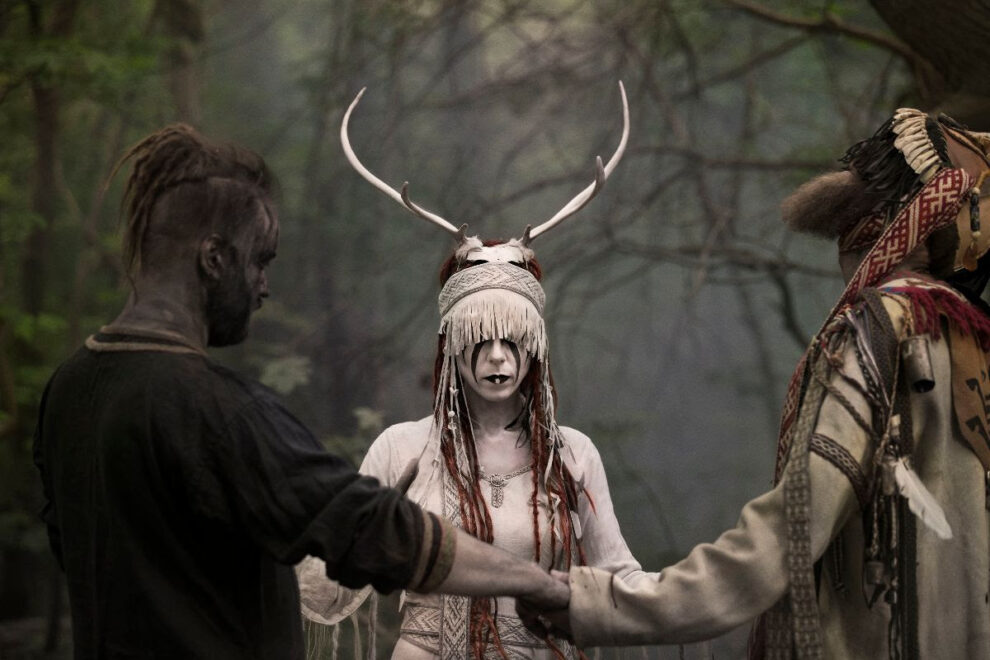 The music of enigmatic world music outfit Heilung is featured in the brand new season of ”Vikings”. Episode 10 of Season 6 features multiple fragments of the song ”Fylgija Ear”, ”Hamrer Hippyer” and ”Alfadhirhaiti”. A snippet of the music use in one of the ”Rus Army”.

Statement of the band about the collaboration:

“We are honored to be featured in this massive series together with our talented colleagues from Wardruna. We salute the team behind ‘Vikings’ for their excellent taste in music ;)”

This was not the first time Heilung‘s music has been featured. Last year the band announced their collaboration with gaming company Ninja Theory on the soundtrack for their upcoming game, ‘Senua’s Saga: Hellblade II.’ The trailer can be found HERE. The track “Krigsgaldr” was also featured in a 2018 commercial for the Adidas x Alexander Wang collaboration. Watch the commercial HERE.

Heilung previously released a brand new video for the song ”Norupo”, taken from the band’s latest album ”Futha”. The video was shot at the ”Les Menhirs de Monteneuf” site in France. The stunning video can be viewed HERE.

Check out the music video for the “Narupo”, here:

Check out the use of the songs in the trailer for hit series of Vikings, here: