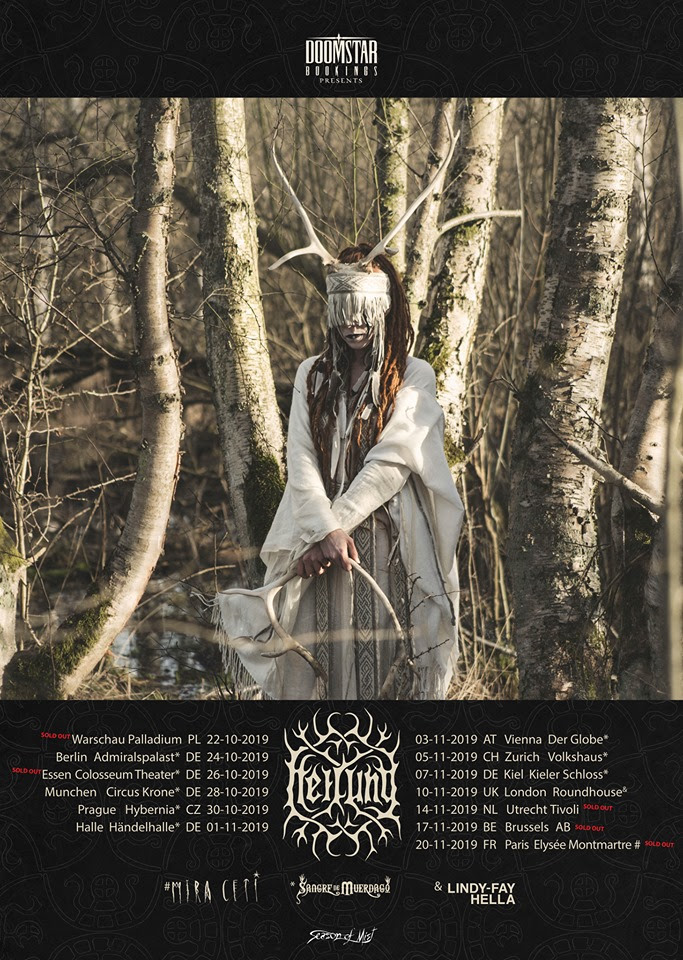 Heilung are now updating their European tour dates, including the support acts on selected dates. Lindy-Fay Hella will join Heilung in London, Mira Ceti Project will be present during the Paris show and Sangre De Mierdago will join the band  on selected dates.

Heilung are furthermore proud to announce that the shows in Warsaw (PL), Essen (DE), Utrecht (NL), Brussel (BE) and Paris (FR) are already sold out. Tickets for the remaining shows are also running low.

Heilung will be touring in support of ”Futha” which was released on June 28th in 2019.

The band states this about the new release:

“The majority of full rune set inscriptions start with ‘Futha’, and is known to us as the first four letters in all runic alphabets. It is considered that our forefathers saw magic potential in engraving the full rune line, but there is also great significance in the beginnings. Science has no key for the meaning of only engraving the first couple of letters yet, but there is, of course, a surplus of theories. One of the theories we found inspiration in, is that ‘Futha’ holds the meaning of fertility and female gender. As ‘Ofnir’ focused on war and masculine notions, the great healing power of female wild strength is evoked in Futha. Those who have been present at a birth or have seen lionesses hunting know the spirit, and we welcome and embrace it in the sounds that were born during the creation of ‘Futha’.” 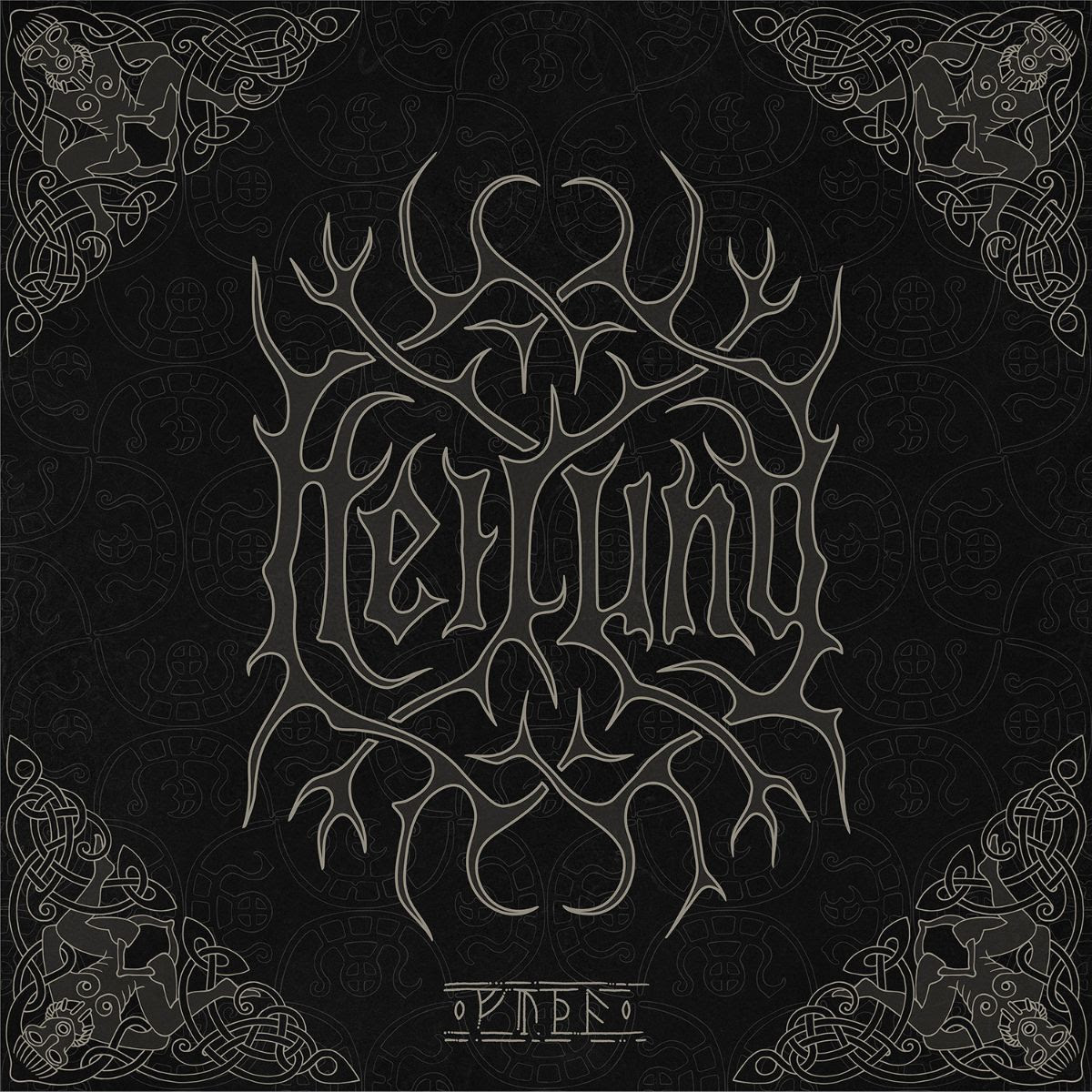 “Ofnir” was a very masculine album. To create it, Heilung took a big part of the lyrics from preserved rune inscriptions on weapons and armour. “Futha” is the counterpart, the balance point, the feminine side. Here, the lyrics originate from old Icelandic poetry, in which the holy women chant magic spells and offer their blessings. Hence, female voices are more prominent on “Futha”. 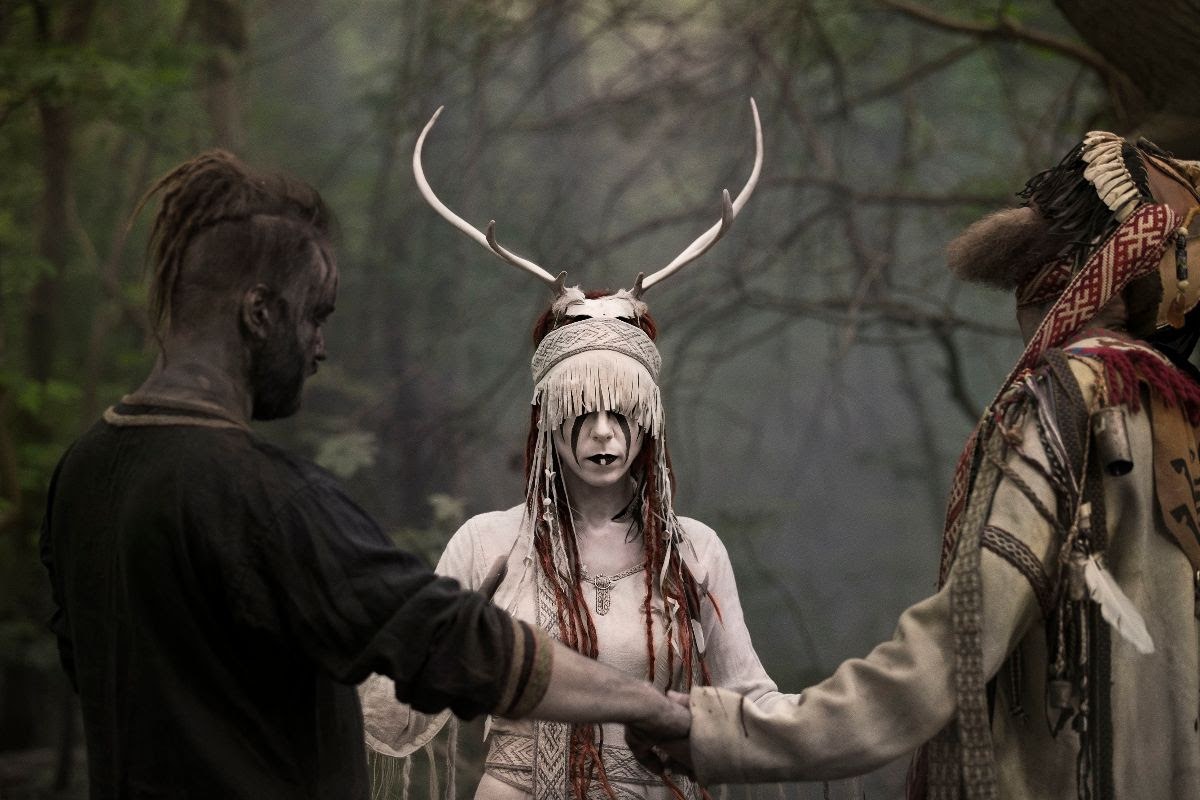 Heilung have previously announced a European tour in October and November this year. The tour will kick off on October 22nd in Warsaw (PL) and will end about a month later in Paris (FR). Find the full list of tour dates below.