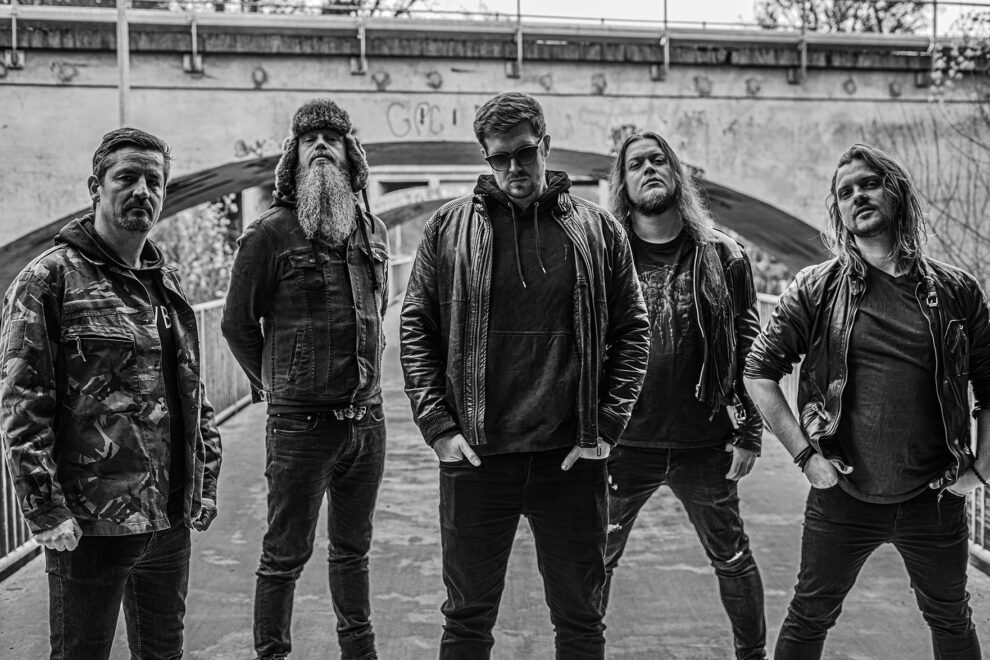 I’ll Be Damned premieres the first song and live music video for the “Through The Walls”, which will be released, via Mighty Music Records. The song and the images are taken from the band’s gig at Nordic Noise Festival 2020 – Streaming For Vengeance, which the band headlined in May this year.

This is a live video for the Nordic Noise Festival 2020- Streaming For Vengeance – the purpose of this festival is to entertain the audience from all around the world due to the Covid 19/Corona virus pandemic, 15 countries watched the live stream festival and the festival got a lot of many in donations, many views from all around the world, making it the most successful live stream out there. Our magazine was one of the sponsors and organizers of the festival and we are thankful for it and the opportunity to participate in this outstanding event. The band was a headliner at the festival, and they did an amazing show at the live streaming festival, now they released the live video from it and lets get back to the band.

The band did a flawless show during the festival, so coordinated in the sound, skillfully arranged – mix technically in just a perfect manner. Everything was in the right place with the whole performance of the band and their energy on the stage, which can be also see and heard in the song as well – taken from the festival. They sounded like it was recorded from studio not live, but it was live it was just that great. Awesome balance in the song between solos through out the whole song with the riffs from the beginning of the song and the rest of the song, very coordinated, skillful and precise – also the energy of the Vocalist Mark Damgaard and his fieriness – as well his unique and good vocals gave the song and this live performance that true blasting power and that crushing rock/metal vibe to it, making it just uniquely amazing in every way through out the whole performance of this song.  This band is a live rock metal monster and surely they were not by accidentally the headliners of the show.

See you all at the Nordic Noise 2021 on open air, until then enjoy the groove crushing sounds of the rock/ metal giants – dive into the rock/metal vortex of chaos and fun.

I’ll Be Damned plays God Damned Rock’n’Roll exclusively, explosively and with a metal edge. The band started out in 2010 and consists of five guys paroling against rulers and organized religion. The five members come from different backgrounds, but are all deeply rooted in the Danish rock- and metal scene.

Check out the premiere for the official live music video at the Nordic Noise live streaming festival 2020 – Streaming For Vengeance of the “Through The Walls”, here:

Saor to re-release debut album ”Roots” and the record “Aura”, released remastered version of the song ”Aura”!
Burn the Mankind premieres the live official music video for the “The Red Rise”, rise of death in brutal extreme metal style!