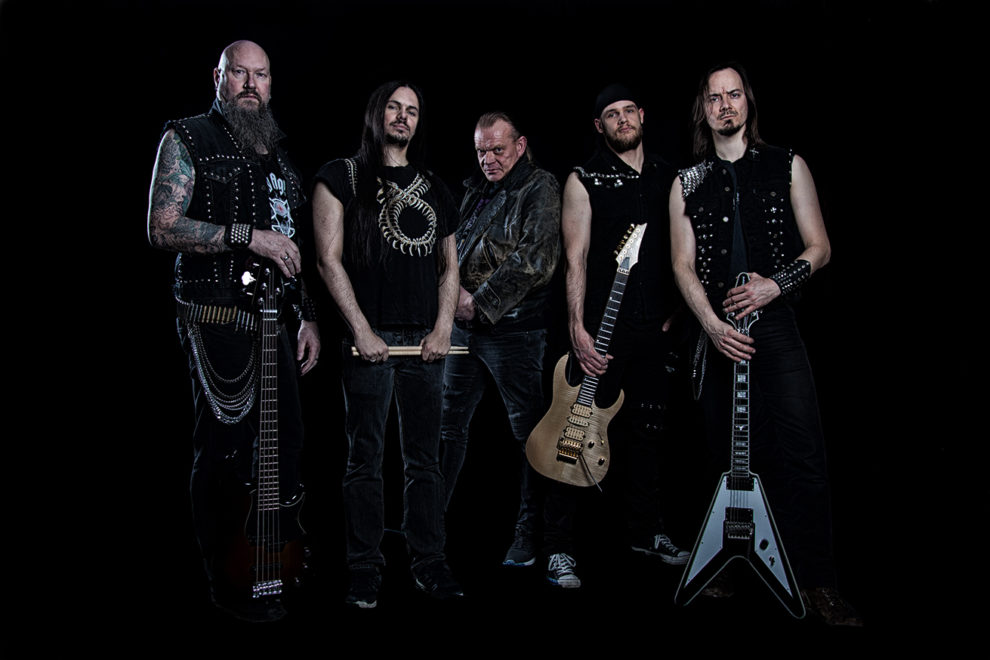 Are you into the true orthodox heavy metal, are you ready for the seeds of destruction? If you are, this is a perfect song for your playlist. The song starts with this classical heavy metal riffs, accompanied by some fast coordinated drum set  by Drummer Maximilian Behr – that made the song technical perfection that already is – with some virtuoso melodic solo guitars part that added to the song that  true heavy metal power – creating this hypnotizing atmosphere that the listeners will for sure like, while listening to the song, also the fast tempo of the song, that will make them think that the song is not 3 minutes long, which is a perfect example of a great catchy song – with a good technical structure to it.

Lyrics are about facing the present with past and stay strong on that journey, while winning the battle called life, this lyrics made the song more perfect that it is already.And the music video has the awesome production, so the listeners will enjoy that as well in that classical orthodox speed metal vortex.

Seed of time will never fade, while the heavy metal is there.

Drummer Maximilian Behr  states this about the new music video/song:

“This song is a great example of us marrying the past with the present. It doesn´t resemble anything we have done before and yet it is very much rooted in our core sound, which is one of the reasons we choose this song as the first single over some of the thrashier speedsters. The lyrics are based loosely on the dream the Egyptian pharaoh Thutmosis IV had, while sleeping in the sphinx´s shadow, but interpreted in a whole different way by someone from this day and age making the same experience, but getting caught within the paradox of death being the true immortality and walking the line between reality and perception. A fitting song for times like these”.

Like the rest of the album, which will be released in October, “Sands Of Time” was recorded at DaDaSound Studios near Hamburg, Germany in the last quarter of 2019 and was produced by Jan Kirchner. This will be the first Iron Angel album to feature new guitar player Nino Helfrich, who replaced Mitsch Meyer in the summer of 2019. The rest of the line-up remained consistent.

Check out the premiere of the official music video for the “Seeds of Time”, here:

Meridian premieres the music video for the cover song ”Hungry For A Game” of the Skagarack, song about having a good time in rock n’ roll style!
Demolizer signs with Mighty Music Records!