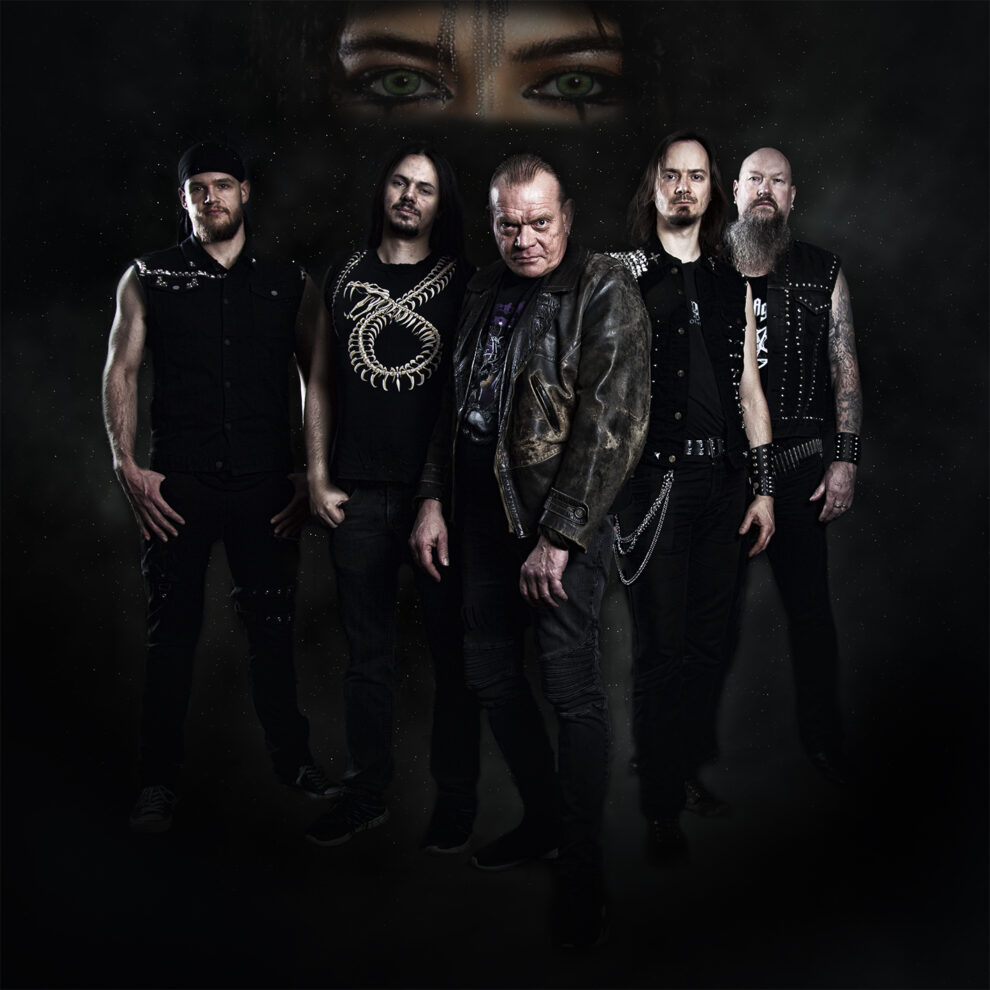 Iron Angel premieres the official lyric video for the “Sacred Slaughter”, taken off the upcoming “Emerald Eyes” album, to be released in October 2nd, via Mighty Music Records.

Are you ready to be damned by the sounds of destruction of heavy/thrash metal? To face the truth through the raw sounds of orthodox metal essence? This is just the prefect anthem in that case for you.

The song starts song with that drum session war intro and crushing fast riffs, continuing with some speed thrash metal riffs that are mixed with the heavy metal sound in a great way, delivering some orthodox old school high quality song, that will spin some heads around, while listening to it.

Great drum set with some fast riffs are combined with each other in a skillful way – with the vocals from Dirk Schröder and he did just an outstanding job presenting this song and following the rhythm and fearlessness of this song, lyrics are about embracing yourself and not being hateful towards everything in life and embracing peace with yourself, push away the darkness that is all around you, the band Drummer Maximillian Behr wrote this song in 2018, but it seams it is more relevant to the recent events and it describes perfectly this events, they did just an amazing job presenting this lyrics with the whole song in that perfect orthodox rebellious way.

There is part of the song at the end of it with some slamming riffs, fast tempo as well like in the whole song, melodic solos added to it, which made this song more incredible than it already is and the end of just powerful and glorious in that old school style, then the song again ends with those war drums and high screams of the Vocalist Dirk adding the final touch and spark to this song, once again proving that the song is just classical ultimate heavy/thrash metal revelation of doom.

Dive into the Sacred Slaughter and embrace the truth in some old school metal style.

“”Sacred Slaughter” was the first song I had written for the band (the first single “Sands of Time” had been the 3rd) and therefore it probably showcases best how I envisioned our development as a band. While it is undeniably a speed metal tune, the riffing is partly very thrashy, something that harkens back to our first album “Hellish Crossfire”, but at the same time, it has also gotten more complex and challenging and less “meat & potatoes”-like. It is definitely one of our fastest and most brutal songs from the album. The lyrics deal with one´s inner struggle of belief and how it is exercised. A soul in search for solace and peace, equipped with the wisdom to tell that “hate only leads to more hate”, looks at the events that shape our world these days (I wrote the song back in June 2018, but now it seems to be more relevant than ever) and realizes, that it might be forced to defend itself and therefore also exercise violence, although for self-defensive reasons and yet it´s another drop of water, that keeps the big mill of conflict running. Deep $’!T for sure”.

The follow-up to their 2018 comeback album “Hellbound“, which gathered massive reviews sees the band maturing and refining their sound without compromising intensity and aggression, quite the contrary. The new release brings back a lot of the thrashiness, that has been somewhat absent from anything the band has done since their 1985 debut „Hellish Crossfire“. On the other hand, the songwriting, the performances, and the overall package, everything has reached a new level in quality and with it’s clear (though not sterile) production, the band sounds fresh, hungry, and energetic.

Upon their return to activities in 2015, Iron Angel had toured like hell, having played in North-America, South-America, and across Europe. Festivals such as Play It Loud, Nordic Noise, Metalbash, Headbangers Open Air, Metal Forces, Metallysee, and Up the Hammers have tasted the band’s live roar. And many more will taste it as well when Iron Angel resume their live activities in the beginning of 2021, with Bavarian Battle Open Air (DE) and Mangualde Hardmetalfest (PT) already confirmed.

Check out the premiere of the official lyric video for  “Sacred Slaughter”, here:

Gaerea releases the official music video for the “Conspiranoia”!
Jinjer will stream Melbourne show this Thursday via Knotfest.com!