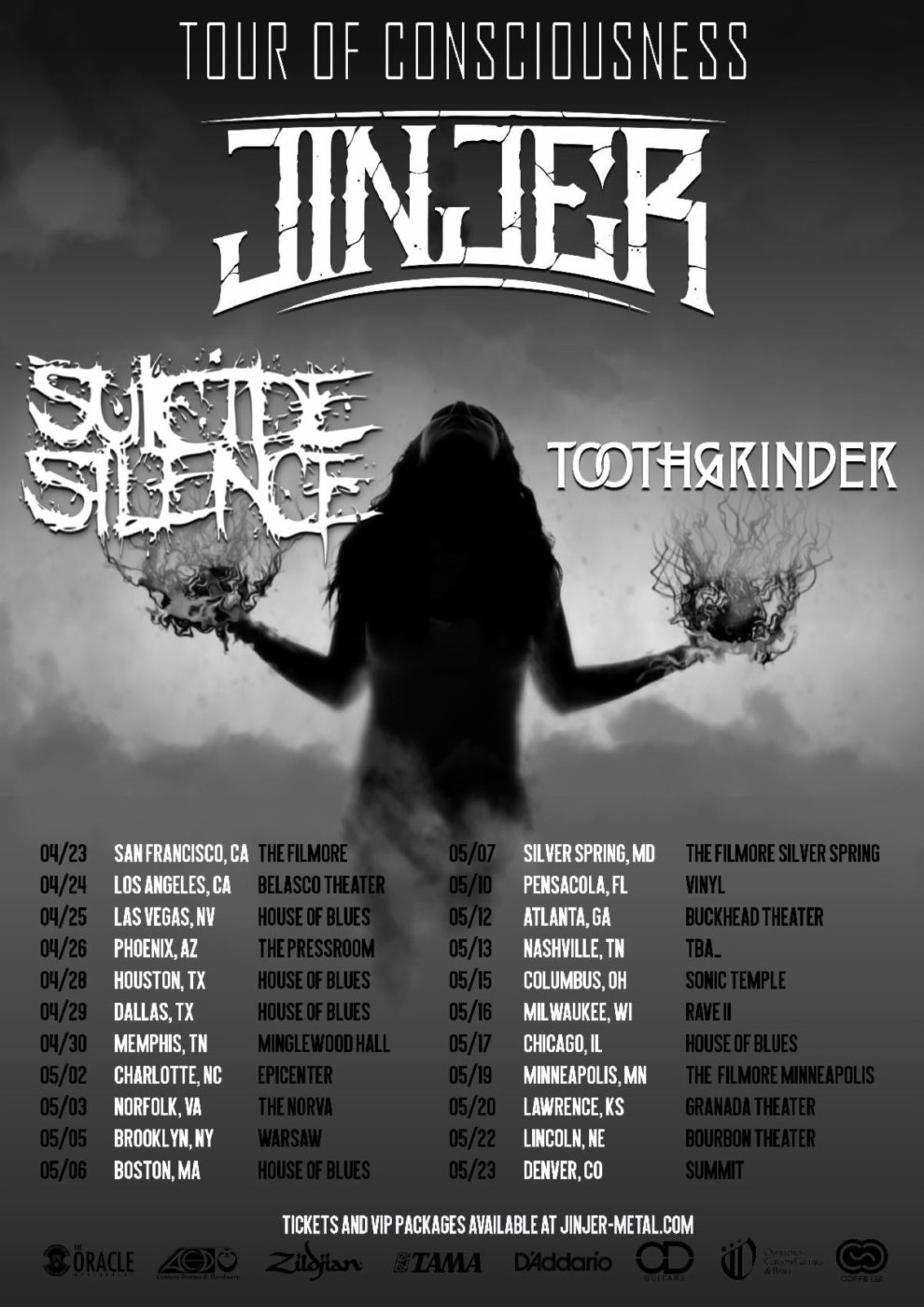 In support of their masterful latest full-length album, Macro, Ukrainian progressive groove metal frontrunners Jinjer have just announced their next headline tour of North America. The tour, dubbed the “Tour of Consciousness”, will present an exciting line-up – featuring support from metal mainstays Suicide Silence and emerging heavy-hitters Toothgrinder. The tour will begin on April 23rd in San Francisco, CA and will come to an end in Denver, CO on May 23rd. Additionally, the tour will include stops at massive festivals such as Sonic Temple and Epicenter.

Tickets and VIP packages will be available at http://jinjer-metal.com/

Bassist Eugene Abdukhanov states this about the upcoming tour:
“We are simply over the moon! Our last tour of North America was real fire and now we’re coming back to give you even more! More new songs, better sound and stages, and louder shows! On top of everything, we are proud to have our friends from Suicide Silence and Toothgrinder on board for the whole run. It will be fantastic.”

Jinjer is currently out on their nearly completely sold out tour of Europe, performing songs cut from Macro and fan favorites.

Devastating riffs, aggressive vocals, powerful melodies and astonishingly deep lyrics are what make their new album, Macro, Jinjer’s most advanced and undeniable album yet – taking the listener on a journey of trauma, power struggle and greed with a progressive groove metal backdrop.

Tygers Of Pan Tang celebrates high ranking of their new release “Ritual” in the charts!
Beyond Creation announces European tour dates with Decapitated!