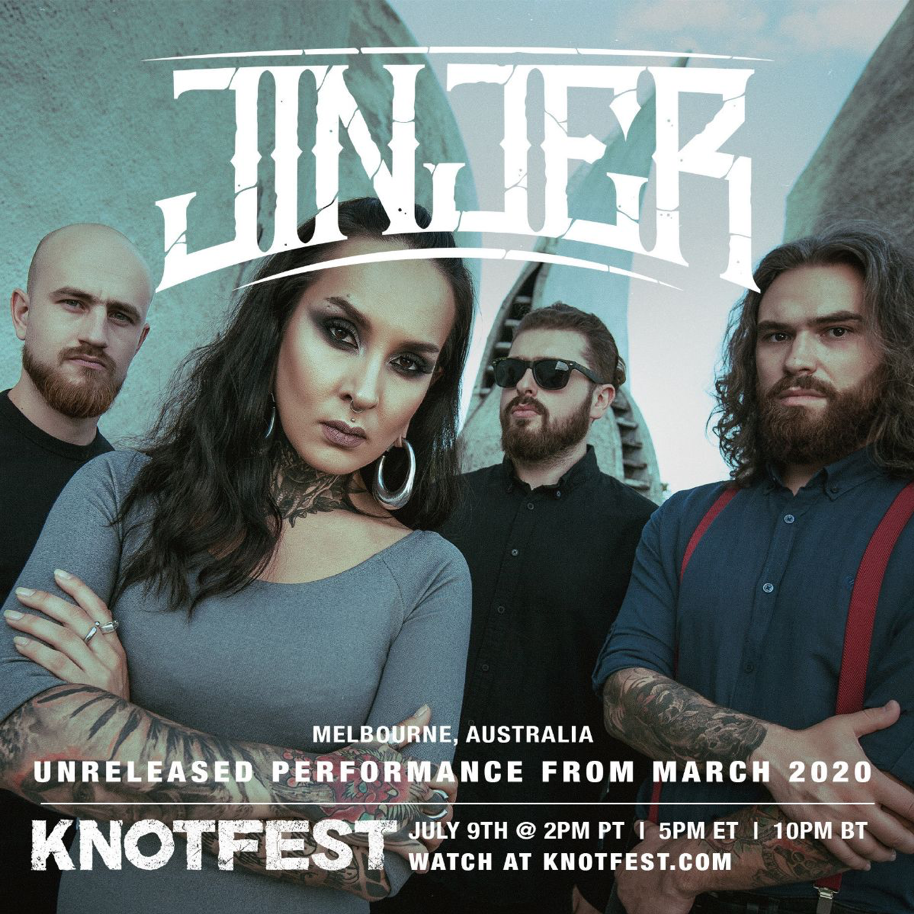 Your favorite heavy hitting Ukrainian modern metal juggernauts Jinjer will stream their ferocious recent sold out Melbourne, Australia performance – originally filmed on March 5th – this Thursday,  on July 9th at 11pm CET/5pm EST/2pm PST exclusively at www.knotfest.com. The show has never been released in its entirety and was one of Jinjer’s last performances before lock-down.

The stream is part of Knotfest.com’s weekly Concert Streaming Series, which was set up by the Slipknot-founded festival/touring brand to entertain home-bound metal fans during the ongoing Covid-19 pandemic.