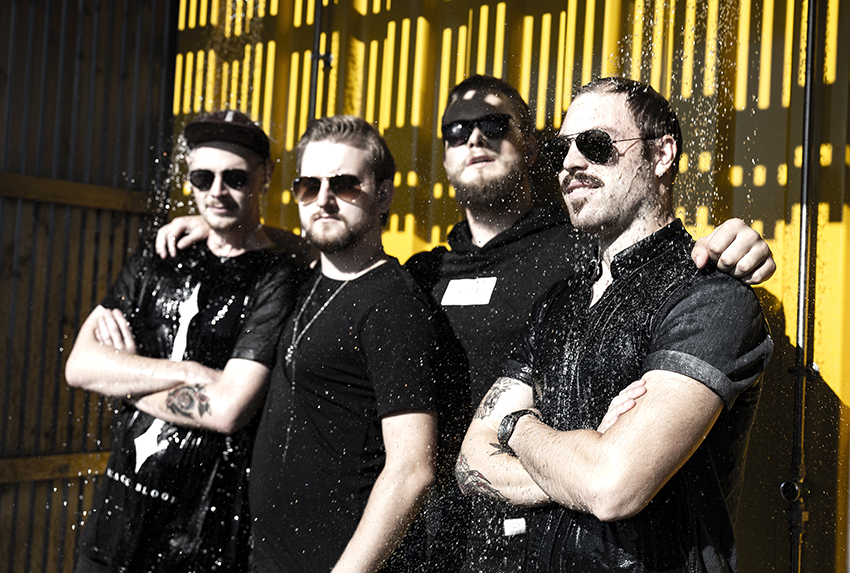 Danish heavy/thrash crushers Justify Rebellion premieres the music video for the “Prisoner of Time”. The song is taken from the upcoming album ”The Ends Justify The Means’‘ to be released in March via Mighty Music Records!

After their successful  music video “Crowd Control”. The band is back fiercer that ever. Are you ready for war and to witness that sounds of war? Here is it the trash metal song that delivers from the begging till the end with some powerful heavy and trash metal riffs like a fusion – also they balanced the epic fast solos at the end of the song with that excellent drum set and raw vocals by Lukas Rautenberg that will blow the mind of the listeners. The whole song is basically a perfect fusion of heavy/thrash metal element’s improved by good production – which presented this sounds in that clear way with the balanced distortion. The video it self shows the images of war, which are filmed very professionally and goes along with the story from lyrics- and the fans of the band, also the audience will enjoy as well just pure heavy/thrash metal power that will float through their veins that goes along with these images of war. The lyrics talk about a  busy man, that chooses to prioritize his career instead being their with his  loved ones, but with himself only- and that’s the typical marine/soldier story, they left everything behind and choose to sacrifice them-self’s for a better cause, making them look selfish .

The song centers around the feeling of powerlessness to achieve a certain status in life and with the life, which comes with a consequences, so the guys did an amazing job presenting some real problems in society and life and it’s selflessness, need for power – that at the end is not worthy fighting for.  The point is that the  man is bound by the limited amount of time.

So don’t fight for the causes that are not yours to fight, enjoy the heavy/thrash metal sounds in the sweet metal prison of eternity.

The rebellion is here to stay, proven by this monstrosity of a heavy metal album, which takes its inspiration from several metal genres. With this new album you can easily tell that the kids from the first album “Unleashing The Beast’ have grown into testosterone-filled heavy metal masters.

Their new album is mainly centered on the darker aspects of humanity and society, with the topics on the record varying from greed, war, lust and drugs to vulnerability and self-realization. The riffs are heavier, the solos are faster, the drums are punchier, and the bass is rumbling its way to mayhem. Never has Justify Rebellion felt so strong and powerful! With this masterpiece of a track list, nothing can take these guys down. Justify Rebellion has turned up the pace, but also made room for some thunderous and slower anthems for fans to break their necks to.

Check out the official premiere of the music video for the song “Prisoner of Time”, here:

Stargazer premieres the music video for the “Shadow Chaser”, chase the shadows through the divine sounds of heavy metal!
Former Cynic/Ex-Death Drummer Sean Reinhert passed away at 48!