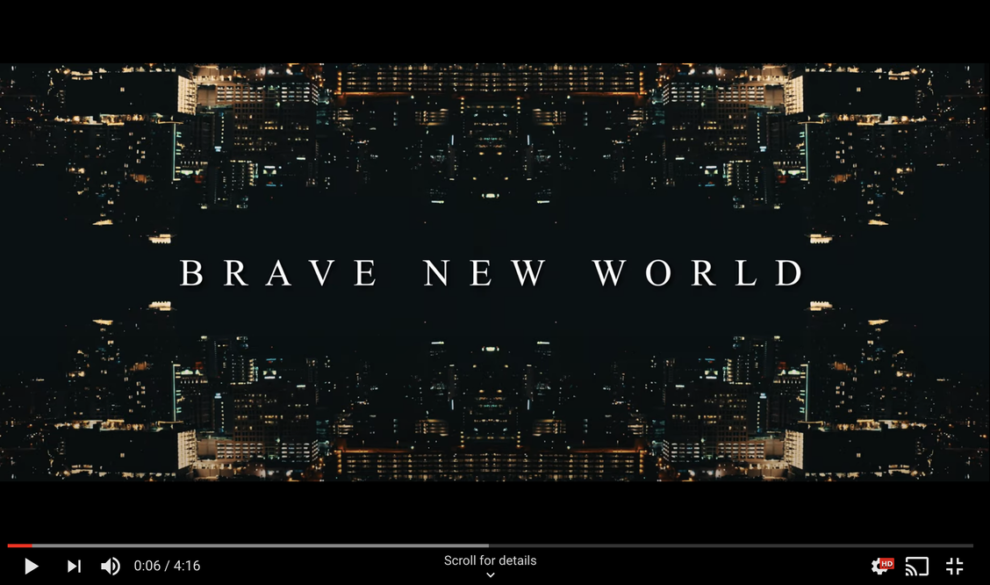 Perth-based post-hardcore outfit, Kastiell, relaunched in April with a mammoth track, ”Brave New World”  and now return with a timely video that brings to light misinformation spread by the media in relation to the pandemic. The song is the first taste of their EP due out later in the year was co-birthed into the world by Story of the Year’s Dan Marsala – who not only mixed and mastered the tune, but also contributed guest vocals. Vocalist Dylan Symonds states this about the new song:

“There was a lot of uncertainty and isolation in the world during this time and we wanted to put across a message that focused on building a better tomorrow rather than dwelling on the past.”

“The Concept of the Music Video represents the people on how they value humanity as they take the positive side from all the negativity that’s happening around the globe. To unite and stand as one is the only way for the world to move forward despite all the bad things that happen around the world right now and with all the misinformation given by the mainstream media to the people.”

Whilst ‘Brave New World’ pays homage musically to mid-late 2000s-era post-hardcore, the video brings the band smack-bang into 2020 featuring riot and protests footage representative of much of the themes the world has experienced over the past 18 months. It’s a concept that highlights the power of the collective and the band hopes that the video inspires and evokes a sense of unity.

Kastiell have quickly made a name for themselves selling out shows across Perth and became known for their explosive stage presence. They draw influence from early A Day to Remember, Story of the Year, Thrice and Rise Against. ”Brave New World” is the first single off their forthcoming EP coming out in late 2021.

Check out the new official music video for the “Brave New World feat Dan Marsala of Story of the Year”, below:

Cult of Luna announces European tour for February 2022 with Alcest and Svalbard!
Cannoball festival will be held on September 4th 2021 in Denmark, D-A-D is official headliner for the festival!