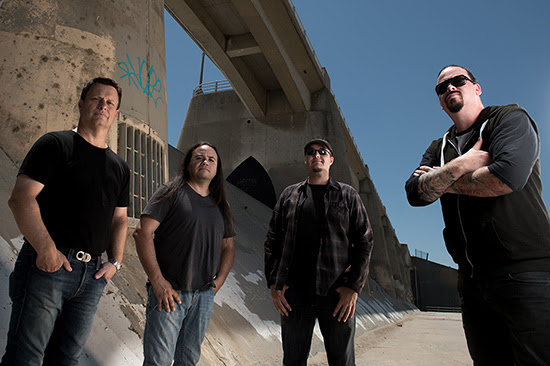 Nick van Dyk states this about the band:

“We haven’t had a dedicated keyboard player since before 2011’s ”This Mortal Coil”. We were very happy and fortunate to have had Greg Hosharian in the band for some time, but when Greg left to focus on composing and conducting classical music, we decided to continue without replacing him and I returned to playing keys in addition to guitar. I’m comfortable enough handling things, but at the same time, from a performance and also from a compositional standpoint, it’s always been in the back of my mind that having a dedicated keyboardist allows us to do more, sound better, and grow.”

Van Dyk stated this about the new Keyboardist Vikram Shankar and about him joining  the band:

“Almost as soon as Tom [Englund, vocals] joined Redemption, he introduced me to Vikram by way of Vik’s YouTube channel, where Vik showcases both original compositions as well as stunning arrangements of some great progressive metal songs. I was utterly floored. This is a guy who has perfect pitch, tremendous feeling to his playing, and is absolutely a virtuoso – I mean he literally plays blindfolded to perfect his technique. I’ve never seen anything like it. Then we spent some time together, both one on one and then with the rest of Redemption, and learned he’s a terrific guy as well as a terrific musician. He came out to LA for a few days and spent some time adding some parts to our otherwise-finished upcoming release, Long Night’s Journey into Day, and it was evident that not only does he have the technique and feel for miles to enhance our musicianship, but he and I share a similar compositional sensibility. We hear things the same way, plus Vikram adds fresh ideas and his tremendous talent as an arranger and writer. I can’t wait to involve him more in songwriting for future material, and we are all thrilled to have him join us on stage and in the studio. He’s an absolutely stunning talent.”

“I’m honored to have the opportunity to play alongside the talented folks in Redemption!” enthused Vikram. “The guys are wonderful musicians and wonderful people, and I can’t thank them enough for welcoming me into the fold as they have. Can’t wait to see and play for all the Redemption fans at Progpower USA and elsewhere, and for the future of our music and collaboration!”

A good example of his technique and composition can be found in his Fugue in B Minor here: