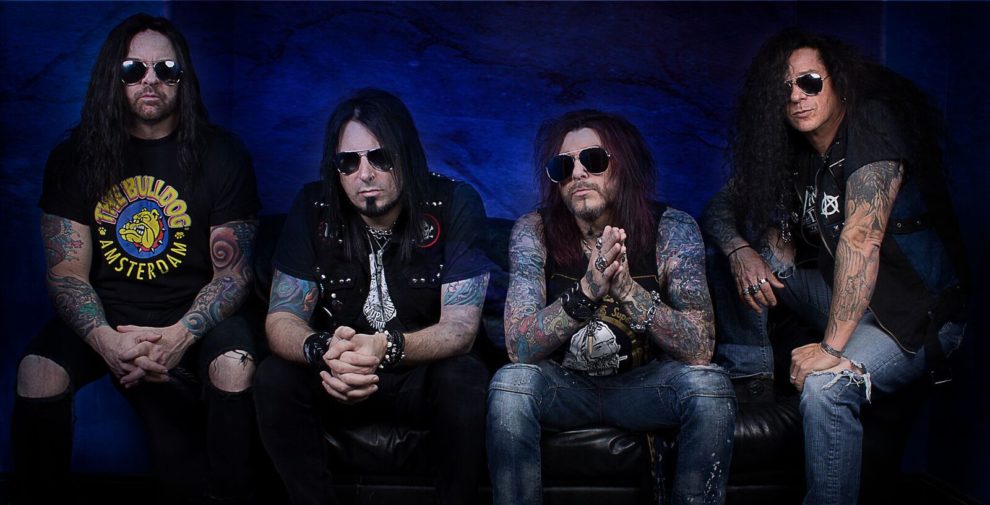 Glam rockers premiers the music video for the song “Kickin’ Valentina” taken from their upcoming new EP “Chaos In Copenhagen”, which will be released in December 6th, via Might Music Records.

Classical rock song with some catchy rock riffs, that will get listeners in that let’s roll- rock mood. Band mostly influenced by Motley Crue– shows some great rock skills, catchy riffs-in the style of the perfect 80’s glam party rock song, that has for sure a spirit of the 80’s and glam vibe influenced by  Motley Crue, and Ratt as well- presents this song like a true glam/rock power song, that stays in the back of the mind, while experience it. Of course lyrics are about sex, seducing that hot lady, basically sex, drugs and rock n’ roll parole, which also gave the song that true 80’s vibe, like 80’s times are back again.

Vocalist has that raw vocals, that gave this song extra charm, his vocals are low, but balanced, every chord in his voice, he presented so technically perfect- also his vocals are specific as well. The song is a great rock n’ roll crushers, ready to take over the world.This is a live music video as well, that will give the viewers a great experience, while watching it, with the band’s fierce energy on the stage, the singer’s interaction with fans and audience, which added to this song and video a complete structure for enjoyment and fun. Rock until you pass-out, through the sounds of harsh guitars.

Recorded in a crazy, chaotic short period in Copenhagen (which included an almost canceled show and a label meeting, after being drinking all day, which ended in last-minute proposal to enter the studio right away), “Caos in Copenhagen” is the new EP from sleaze rock sensations Kickin Valentina.

Three new songs and a live version of “Get Ready” (recorded at Bang Your Head Festival) are presented in the EP, which will be released in CD and vinyl.

Check out the premiere of the music video fort the “Sweat”, here: