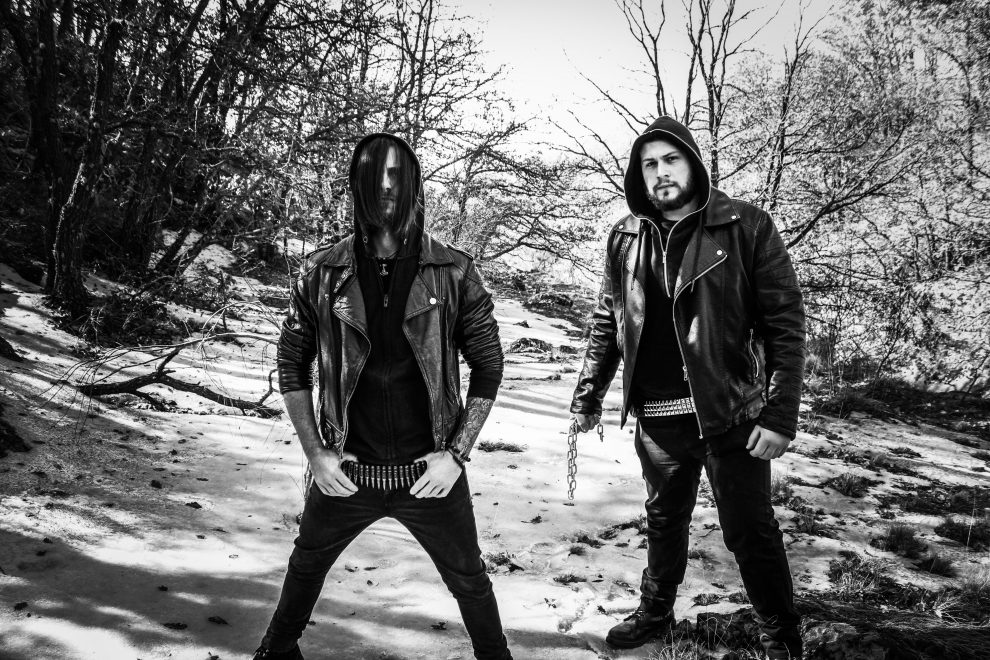 This whole release is a blasting black/death metal experience from the begging to the end. Every song is very well produced, and it’s had both true death metal and black metal spirit presented mostly in the song “Vision of Death”, they mix those two genres the right way, also they made the perfect balance between those two genres, pure blackened death metal destruction is a right definition to it. The interesting think about the release is that, it has that solos which are not typical for black metal genre neither death genre as well, very fast ones with the elements of thrash metal, and it sounds just amazing fused with the whole blackened death metal atmosphere.

Vocals are typical death metal growls, but there are also black metal screams as well, also combined very well and the perfect example for it is the song ” Blasphemous Chaos Magnificence” , so that the listeners can hear in the songs during the listening of it, the whole specter of influences in a singing style, because whole release has many extreme metal influences.

The most braves thing they did is to do a cover of the Swedish legends Dissection and the song is one and only “Night’s Blood” one of the bands most famous and best songs. They did this in their own style, with their vision of the song, and yes it’s totally different from the original, which is great, because covers are not meant to sound the same. It’s more death metal that original, but still has that Dissection melodic black metal spirit, overall it’s a different song by a different band, of course it has a better production. Brutal, raw, with a perfection technical approach to it, and the production as well. Black metal devastation and holocaust, with the true colors of darkness.

Guitarist Salvatore Leonardi states this about the release:

“Since the very beginning of the songwriting and rehearsing process, Riccardo and me had clearly in mind the result we were looking for – a violent and somewhat evocative sound inspiring a sense of total desolation. We focused a lot on the choice of riffs, drum parts and melodic themes, which are fundamental elements to reach what we now consider the Krigere Wolf-sound.”

In 2007 Rick Costantino starts the project as a one man band for some months, while in 2009 the moniker is changed to Krigere Wolf.
Former Krigere Wolf line-up consists of Rick Costantino as bassist/singer and Joe Cantagallo as guitarist. Lately drummer Frozen will join the band in order to release the debut full “The Ancient Culture to Kill”, printed and distributed in 2012 via Armed God Records (Bologna).

In 2013 there was a line-up change are the meme Salvatore Martino Testa (drums) and Francesco Bauso (guitar) join the band to release the self-produced song “Victory of Satan’s Warriors”.

in 2014 Krigere Wolf signs with South Korean underground label Fallen Angels Productions, being one of the first bands in its roster. S. M. Testa leaves the band for personal reasons and Riccardo Grechi takes his place. With him on drums and the contribution of F. Bauso on guitars Krigere Wolf releases its second full length “Sacrifice to Valaskjàlf” on the 1st of February, 2014. In the meanwhile Rick C. gets in touch with Magnus D. Andersson, Marduk bassist and sound engineer at Endarker Studio (Sweden), who will take care of the mastering of the album.

At the end of 2014, Fallen Angel Productions includes Krigere Wolf in a split album alongside three other bands: Waldschrat (Austria), Notre Amertume (France) and Antiquus Scriptum (Portugal). The two songs contained in “The Beginning of the End” are written and played by Rick C. as a one man band. One year later, Rick meets Salvatore Leonardi (guitar), Dario Petralia (drums) and Gabriele Catania, talented extreme vocalist, assigning him the role behind the microphone.

In 2015 The band works on a second single called “Solar Storms”, released exclusively in digital version.

in 2016 with the same line-up Krigere Wolf enter the studio to record “Infinite Cosmic Evocation”, very dark and primordial work, approaching to a renovated well-finished sound. M. Devo Andersson is chosen one more time to mix and master the album. “Infinite Cosmic Evocation” is a way more introspective record than the previous one, composed of a strong sinister energy.

”Eternal Holocaust” is the new sonic assault by Sicilian blacksters Krigere Wolf. After having explored many different areas of extreme music during their ten years of existence, Krigere Wolf come back to their origins with a direct, in-your-face and no-frills release. The choice of the MCD format sounds like a declaration of intent, the album lasting less than thirty minutes: straight to the point.

Check out the premiere and full stream of the release called “Eternal Holocaust” here, enjoy it:

Vltimas streams new release in full ”Something Wicked Marches In”!
Seven Thorns premieres the lyric video for the song “Symphony of Shadows”, Melodic symphony of darkness, while the shadows scream!