Watch the official video for the song “Dawn of Luciferian Enlightenment” here:https://youtu.be/99VXPU9QP9A

On January 1, 2016 KULT OV AZAZEL revealed a new pre-production demo track of “Corpus Edimus, Sanguinem Bibimus” on their Facebook page. The pre-pro demo track featured a guest solo by Phil Fasciana of MALEVOLENT CREATION. At this time, the band has half of the album recorded as a pre-production demo and continues to forge forward with the pre-production recordings. “Violators of the Covenant” will be the first album recorded with the new line-up and will be the first recording appearances of Hag (vocals), Necrol (guitar), Armanen (bass), along with longtime members Xaphan (guitar/vocals) and Hammer (drums). The album will be recorded and produced by the band at S.B.S. Studio in Fort Lauderdale, FL and will include ten tracks. More information will be revealed shortl 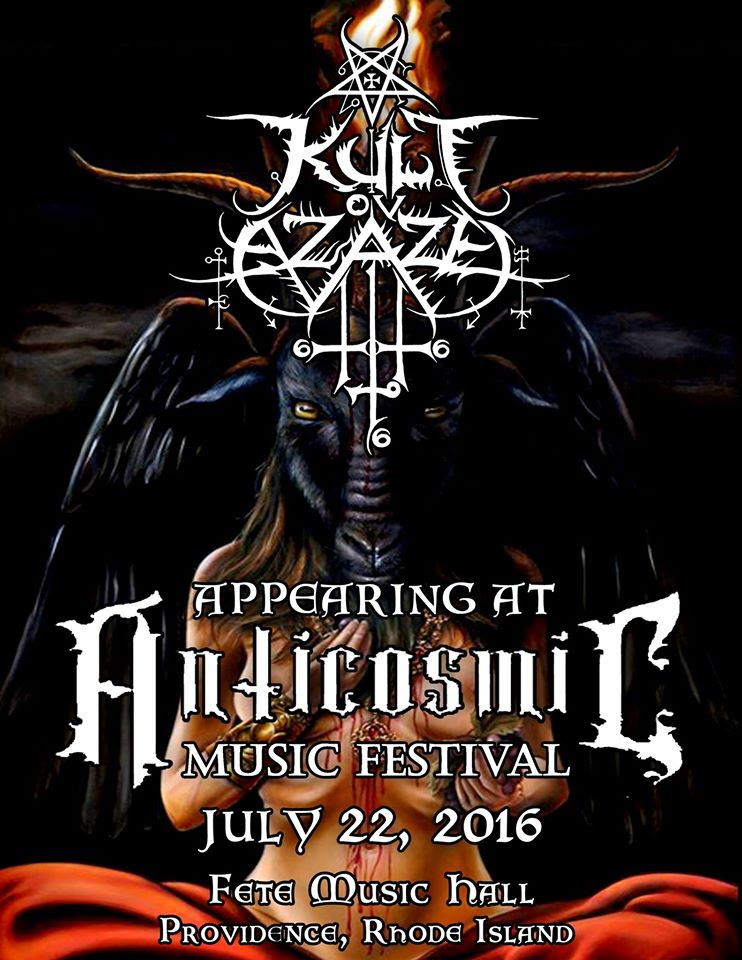