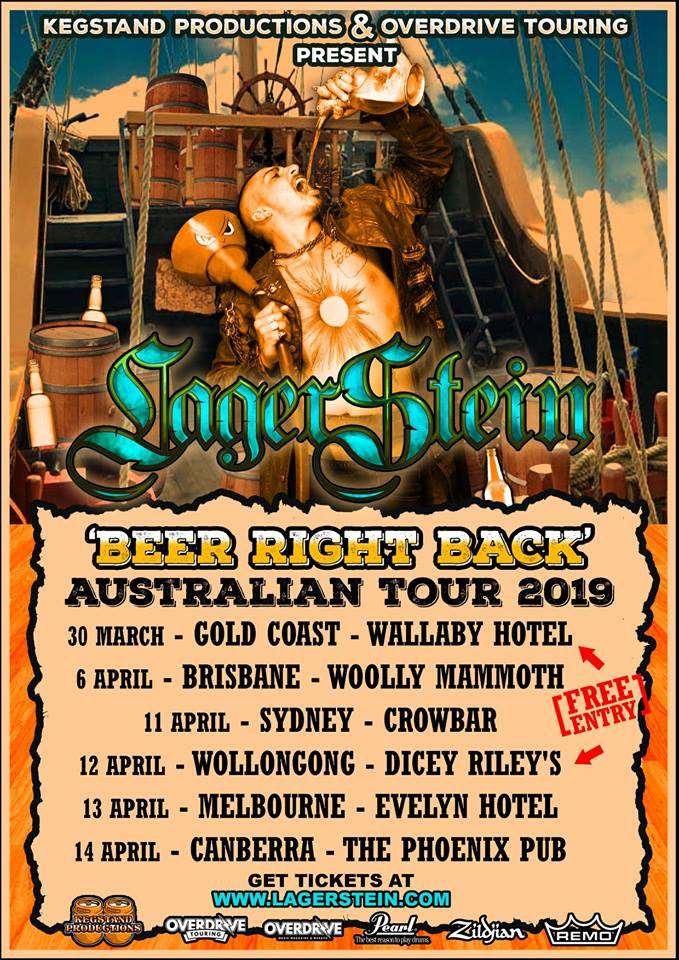 Australia’s partying pirate kings Lagerstein are back this April for a tour like no other! The folk metal titans will embark on a 6-date trek across the Australian east coast before the head off to Sweden to record their third studio album with the legendary Fredrik Nordstrom and embark on a 3 month trek across Europe in support of the album.

Lagerstein will be performing brand new material from their upcoming third studio album, as well as busting out their rum-soaked back catalog for one last party down under before they ship off to Europe. This will be Australian folk metal fans last chance to witness the party machine that is Lagerstein for quite some time!

Check out the live music video for the song called “Land of Bundy” here, enjoy it: