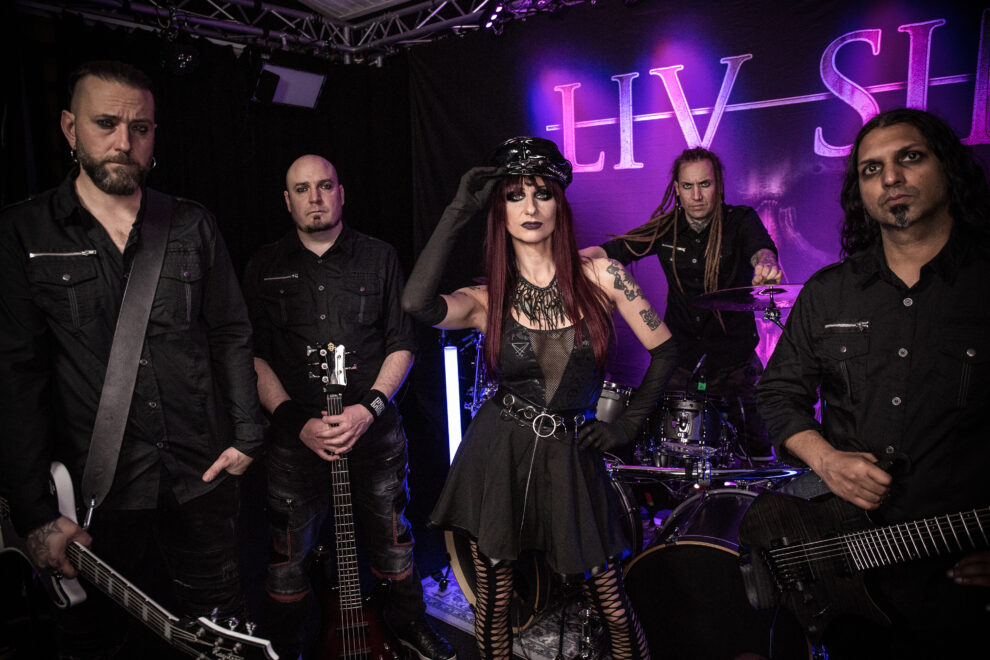 Swedish heavy metal crushers Liv Sin premieres lyric video for “King Of Fools”, taken from upcoming record, which will be released in 2023, via Mighty Music Records.

This is one crushing blaster of full metal domination – that is followed by most honest and powerful rebellious essence. From the start, there are this blasting riffs – with the crushing echo in this military/warrior style and essence. Showing right from the start, how this song is outstanding in every way. Coordination and balance in this song are just perfect, from the drum set to crushing riffs – that are arranged smoothly with the whole explosive atmosphere, that the band followed greatly and made this song even more catchy, explosive and amazing. Every passage is arranged perfectly – with the whole song. And with all of the greatly arranged sounds, melodies and guitar shredding at some point – it shows the rich structure of the song ,that is obviously more that good. The passages are slightly different from one another, which is in this case a good thing – since the band showed various explosive and kick -ass parts in it. Each part and passage – is slightly different, but has the main essence that it needs to have – that is this dominating, bad-ass vibe. That surely, shows the mighthyness of this incredible song. And each part has it explosivity and technical mastery – that shows this variations of fast and furious rhythm section, that is just strong and epic in every way.  Every part – with clever and great arrangement’s – shows the stories emotions and rage – which is followed by some crushing and perfect technical adaptations, that made the stories purpose alive. This present’s how this song is one spinning rollercoaster of mightiness and unbelievable honest rebellion. 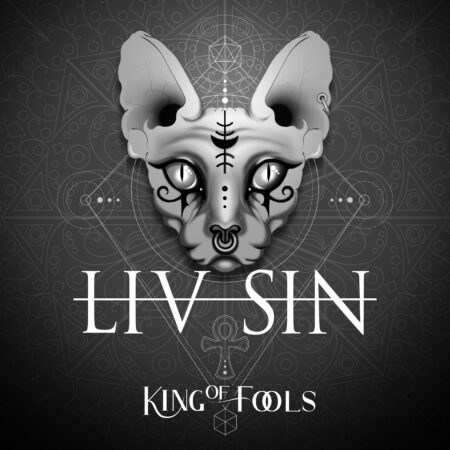 Liv as a Vocalist is one of those vocalist and Front-woman with an attitude. This song shows her views towards music and the world itself. From being such outstanding vocalist – with her raging and strong voice, she also has a character – that she showed in the song. It is one warrior mindset of strong rock n’ roll women – that stands for herself. Especially in this song, where she sings about her personal views towards rock/metal music. In this song she dominates completely – with her skillful and strong voice, where she handled her vocals perfectly – with each approach that she had in the song. And her growls in some part of the song are just so bad-ass and good – presenting the song as fierce  and powerful. Her dominating approach added more rebellious effect to the song – which makes it a true metal/rock song. And this is what every metal/ rock showed be. To talk about certain subject and to be heavy and mighty, as it is.

The story is about universal question and that is: ”Are you a slave or a sheep or master of your own soul and mind?”. This question is straight to your ears and face by Liv. Where she talks about how we all live in a system that makes us sheep’s and slaves, not to have our own freedom or to be what we want to be, nor to feel anything expect hate, ignorance, anger and unhappiness. It is all a charade, by masters of this world, it has been always. And the choice is yours if you want to entertain yourself with circus show – that is served to you or to be a free thinking human being, capable of creating a better world for yourself and others. This song also talks about recent events, that are parade and charade of propaganda and ultra mind control of fear and anger. Liv also talks about in this song – that metal/rock n’ roll is not entertaining tool for you to entertain yourself. Rock has always been political, since it is rebellious and has been always on the side of liberty. It is not about having fun, it is about changing and fighting for better cause. If rock was only music for fun, there wouldn’t be free thinking people around or any change at all, we would live in some fantasy world, that is not real. And yes it must shape opinions – since rock was the music that influenced only good values and rebellion for better cause, like punk, as well. This opinions are opposite from the system – that destroys us for decades. We need rock to stay rock, also people who make rock music to stay true to it’s roots. This is the message that Liv is sending us in her song, also to not to be a King’s fool, like the title of the song says. Ignore the King and let him be a fool for himself, not making you a fool. This is the most honest metal/rock song out there, it is refreshing and this kind of messages for sure, give hope that free thinking still exist. And that larger part of human race, had a mindset like Liv’s, it would be a better place for living. She nailed it – with lyrics and with such enthusiasm and epicenes, just job well done.

This song is one of the rare metal/rock song – that has this forgotten metal/rock spirit. It is also heavy in orthodox way – but it has the same spirit and energy, that the one and only true metal/rock was build and created, not being modified and with it’s true core and essence. Blaster of crushing rhythm, that only presents freedom and rock in it’s best form.

Witness the rebellion of mind, through ultimate crusher of metal/rock strength.

Liv Jagrell has been in the spotlight in the last few months. Her reunion with Sister Sin has brought her to the stages of the main festival across Europe this Summer and, earlier, the single “The Process” served as an appetizer for the upcoming record of her own band Liv Sin.

”This song is the first song we wrote for the new album, back in 2020 when we all realized that it would take a bit before the live scene would return. “I had some idea of releasing a single here and there, but it didn’t planned out that way in the end, we decided to write a whole record instead.

For the lyrics, this was one of those times when I got upset about something and it turned-out as lyrics. I think it was in some kind of metal/rock forum where somebody posted how he thought that rock music shouldn’t try to be political or share any opinions, it should just be entertaining and nice to drink beer too, and that definitely pulled my trigger because I feel that as I artist I’ve been given a strong voice and people do listen. I believe it is an obligation to use that voice to try to make the world a little bit better, and I will continue to write about things I feel we need to change or that are fucked up in this world”

Check out premiere for music video of “King Of Fools”, below: