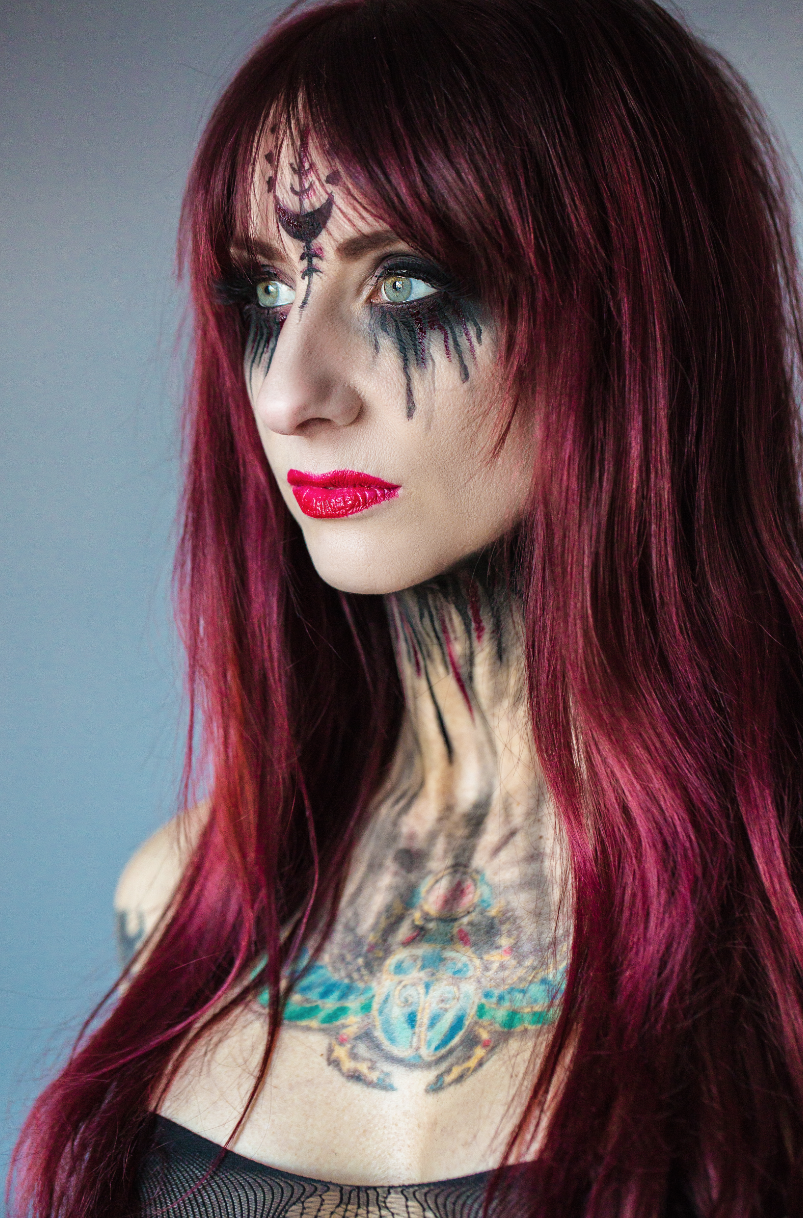 Swedish heavy metal masters Liv Sin premieres music video for “I am The Storm”, taken from upcoming record ”KaliYuga” , which will be released on January 27th, via Mighty Music Records.

Here comes Liv Sin once again – with mighty crushing and blasting song, filled with toughness and hardness of heavy metal and rock. Once again Liv and the guys presented astonishing sound – wrapped in a full bad-ass story this time, as a follow-up to their other storytelling song and heaviness. This song is in classic Liv Sin style, hard and heavy as it can be – with loots of slamming and blasting riffing – at some moment’s with sharp riff details – that shows the ultimate mark of the band and their strength, like in the rest of their songs. It is interesting that in this song, there are slower parts, which is unusual for the band – especially that Liv is clean singing, with-out her raw growl of shout. And it is greatly arranged to the fierce and blasting parts of the song, which gives it this unique effect of sound before the storm, like the storm mentions in the title.

This is just a pure before the storm sound, rising from the deep and appearing in it’s mightiness – that is the vibe of slower arranged part – that have this atmosphere guitar note to it, also it goes perfectly with the song structure and story. In usual manner, coordination and balance in technical terms is awesome, like in the rest of the song, where the band shows their skills in their full assault  and accuracy. Arrangements are done in outstanding way – followed by good production, very clean – with controlled distortion.

The best moment of the song is this guitar melodic shredding – with the intense riffs. It has this mind-blowing effect  – with extreme catchiness. Which gave the song its quality and power – epic essence on a whole new bad-ass level. 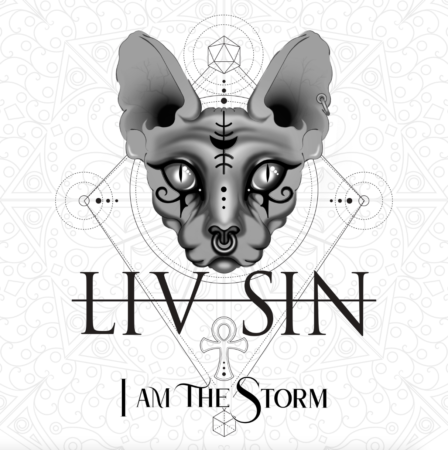 Liv dominated the song – with quite a surprise, where she sings slowly in slower parts. Her skills are with-out a doubt excellent, as usual. She just know how to use her vocal skills, chords and the frequency of it – with a touch of this powerful energy that she shows with her voice, but also with her presence. Every time she showed – such explosivity both vocally and in appearance.  This time it was the strongest performance in both approaches – comparing to the other of hers and bands songs. It can basically be felt  the electricity and  explosive energy of Liv’s vibe and presence – through the screen, while watching the video. Just job well done once again. Surely she presented herself fully this time – respect to that too.

The story of the song is complex. In the story there is spiritual philosophy – that good and evil, light and darkness are connected in a huge way. That our own inner fights present the life cycle of life itself, it doesn’t matter if there are bad or good emotions, it is just life – accepting the life itself and life within you. It is about accepting your personal battles – to have that inner peace and to reacted when need like a storm. As humans where are social beings, we care when someone tells us something – especially in a negative way, but as a humans we can be divine and control ourselves to be better or to be destructive force of chaos, the choice is on one particular individual. The line is very thin between balancing the darkness within you and the light within you, when you have the calmness and rage or darkness and light – within you and knowing how to use it in your own advantage. You mastered the philosophy of life and you can be example to others – to be divine, as they can be. Both negative and positive emotions are needed in life, so that we can function in a cycle called life – so that we can have purpose. And knowing that you need both – to function as a higher being – is one step closer for you to become something divine. To become one pure and balanced spiritual being. Both sides have purpose in human life, but knowing how to use them in your own advantage is a art of life and mastery over your soul and entire being. You are unlocking the mysteries of life, your divine nature and becoming higher form of life – knowing your real purpose. That is the story of the song, once again amazing story – with awesome follow-up and storytelling artist that is presenting it.

This is high quality storytelling song and heavy metal/rock song – that strikes hard as a thunder, bringing the metal/rock storm, that never fades away, echoing hard. It is electrical and loud storm of power of heavy metal and rock, that has divine and domination power.

Enjoy the storm of heavy metal and rock.

”This song is probably the most dynamic song we have ever written, which also made it one of the hardest ones to sing since I’m not very used to singing soft about the track.

The theme behind the lyrics is again about inner work. Its about that feeling when someone or something pushes you out of balance, and how you can convince yourself that you have control over your own mind and your own state, like a kind of mantra. We need to acknowledge both our positive and negative emotions and see that both of them are needed and make us who we are. This song is one of my personal favorites from the new album.”

Back in 2016 Vocalist Liv Jagrell, known worldwide as the frontwoman for Sister Sin, let the music world know that she had formed a new band. Liv Sin, driven by massive guitar riffs and a heavy modern metal sound released their debut album “Follow Me” in 2017. Their second record, “Burning Sermons” was released in 2019. Both albums spawned multiple popular singles such as ”Let me Out” and ”Blood Moon Fever”. Fast forward to 2023, after a two-year down period and revamped line-up. The band is now completely recharged and ready to hit the stages again. Not forgetting the record shops’ racks, with their new album, “KaliYuga”. “KaliYuga” referring to the fourth of the four “Yugas” in Hinduism, the era precisely dedicated to the present age, full of conflict and sin.

The theme of Kali Yuga was also reflected in the album’s writing process. “Since we produced this album ourselves, we definitely tried out a lot of new things, and I confess, I went a bit crazy with the vocals in certain parts”, Liv declares. Musically, “KaliYuga” is Liv Sin on steroids! Jagrell explains how the creative process developed into an energetic and varied set of songs: “We took influences from everywhere, from newer metal acts such as Architects, Parkway Drive to vocal inspiration from King Diamond. I am ecstatic with the outcome”. With such an album in hands, LiV SiN could only pick a production team that would do justice to the songs. Simon Johansson (from Wolf and Memory Garden fame) and Mike Wead (King Diamond and Mercyful Fate axeman) were summoned to record the album, while the mix and mastering duties were delivered to console-wizard Tue Madsen (Witchery, The Haunted, At The Gates, etc). A winning team for a strong and cohesive album that will for sure kick off 2023 in a true heavy way. “KaliYuga” will be released on digital, digipack CD and LP (black vinyl, limited to 500 units) via Mighty Music on January 27th, 2023.

Check out premiere for music video of “I am The Storm”, below:

Mud Factory had a live performance at Balkanrock Sessions show!

Tygers Of Pan Tang premieres the music video for  “Edge Of The World ”, travel to the edge of the world, followed by mighty heavy metal and it’s full power!
Nighthawk premieres music video for “Running Wild”, run wild with a powerful spirit of hard rock and AOR!