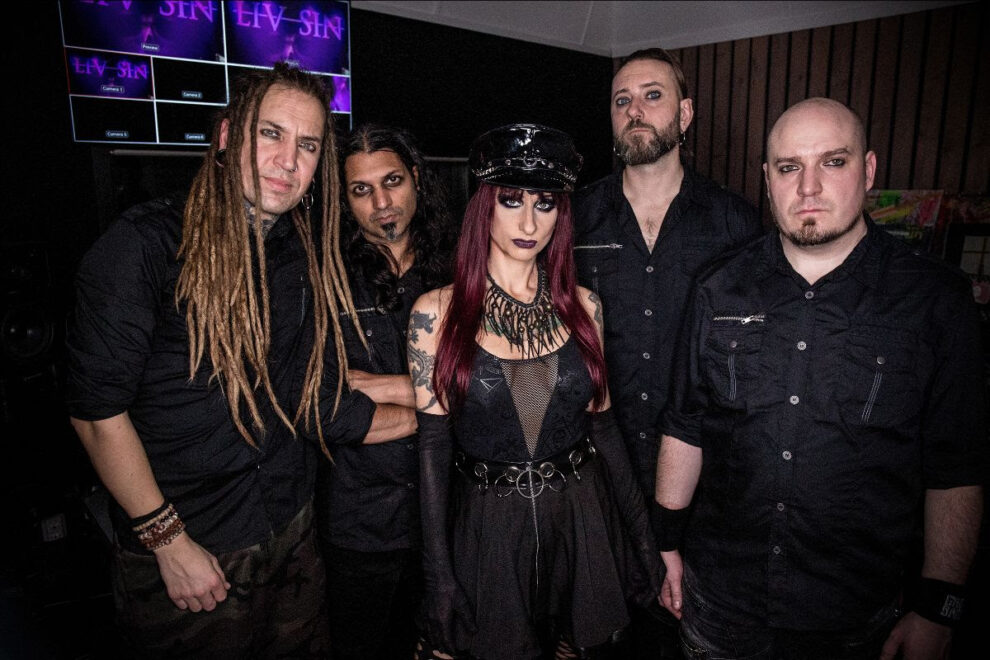 In 2016 Vocalist Liv Jagrell, worldwide known for her vocal duties in Sister Sin, let the world know that she had formed a new band, Liv Sin, a band driven of massive guitar riffs and a heavy modern metal sound. In 2017 the debut record “Follow Me” was released, and the second album ”Burning Sermons” was edited in 2019. Fast forward to 2022.

Liv Sin, completely recharged by a two-year down confinement period and a revamped line-up, is now ready to hit the stages again. And also the record shops’ racks – with a new album. The first advance of the record is called “The Process”.

Liv states this about the new music video/song:

”The main riff in this song got me from the very beginning with it’s really cool groove, but the verse has a bit of a softer and slower side to it. So I thought, let’s not do whatever comes into the mind at first, which might have been a soft and nice vocal part, but instead I tried out a growling sort of vocals and that just gave another feel to the whole song, a darker and anguished feeling.”

As for the lyrical part, “The Process” reflects a lot of Jagrell’s inner work during the Covid period, but also before that.

Liv adds more about the lyrics and meaning of the song:

“I started out a more yogic life path a couple of years ago. Through that, I have really learned that if we want to grow, we have to go through what hurts us the most. You have to work with the pain, instead of against it if you want to move on. It doesn’t matter what sort of pain or path you are on, it is a constant process just to live. And to really know that all of this is a part of this process we call life sometimes actually makes it a tiny bit easier”.

The new Liv Sin record is expected to be released in 2022, via Mighty Music Records.

Check out the music video for ”The Process”, below:

Post. Festival will be held on September 9th and 10th in 2022!
Jelena Taylor released new song as a tribute to “Alien” movie and Ellen Ripley for “Perfect Survivor” feat. Andrew Oosterbaan and Craig Spencer!