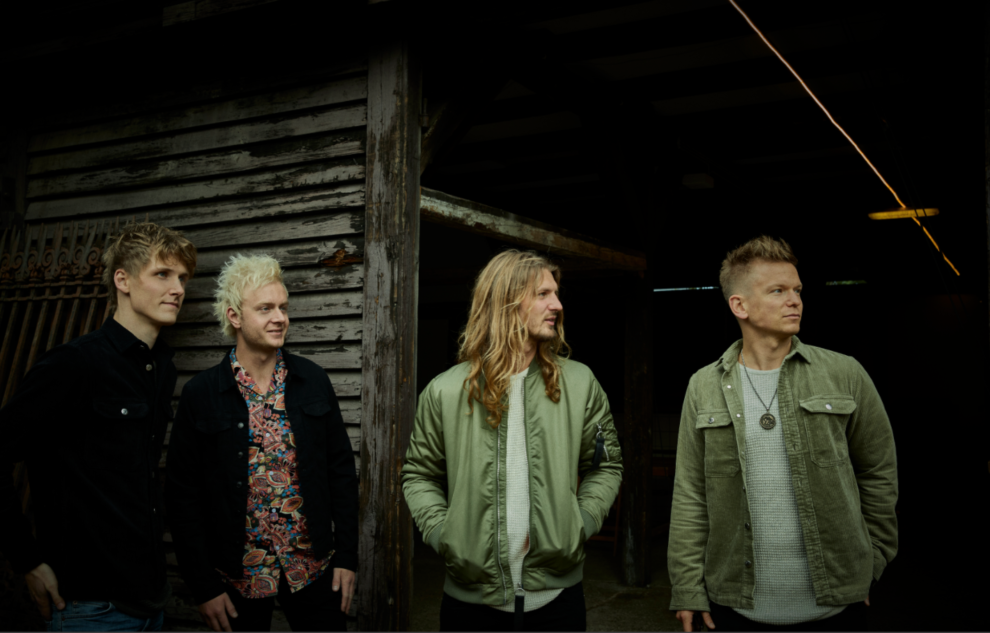 “White Lies” is one heavy song – with dark story behind it, as well as the sad one. It is one of those song that can leave some empty feeling beside – since everyone has their own personal battle that they handle against darkness in themselves. And this is the story about it, the main story is addiction – but it can be referred to mental illnesses. This song starts – with this cold dark sounds and melodies, sounds of the acoustic guitars, also pointing out this dark emotions. Riffs and drum set, followed by vocals of Vocalist Lasse are balanced and coordinated perfectly – with each other. Production of the song is done in high quality – with the arrangement’s for the vocals and in general for the whole pattern of the song. This indicates that the guys made once again a great modern rock song.

Let’s get back to the story. It’s about addiction that can take anyone over – who does drugs. It can be also about metal illness, a never-ending struggle that is similar to addiction that the drug abusers have. And it is that moment where you can not let go, of that pleasure -false illusion and white lie. It is to good to be true, since the human brain is always looking for the perfect fantasy to achieve. In thos case with the drugs, when the illusion is gone – it all goes downwards. Knowing that it is not good for you – but you continue to do it. Since the easiest way is to live your fantasy, while taking drugs – it’s a never-ending cycle, that repeats and repeats all over again. This is the case with mental illness too. It is a dark story of one struggle of the individual, knowing that this is not good for her/him, but they still are back to their habit, living a fantasy or a good dream for couple of hours, moments or even seconds. After that everything goes black and personal hell awaits.

The guys perfectly explained addiction – also videographer helped them with his masterful skills to present this hard/dark story so perfectly. This very well adapted images, graphics and details presented the very essence of the song, adapted in ousting way – with the song visually. The viewers will be intrigued by it and it will leave them speechless. It also remained of the struggle of the mentally ill person, it reflects that cursed cycle that never end – like in addiction as well. On the other hand, this rock n’ roll, it’s is all about the famous parole “Sex, Drugs and Rock N’ Roll”, the whole badass thing – the guys presented the essence of rock n’ roll perfectly. Leaving a bitter taste of gray flavors by the song, dark, badass ones with the true taste of rock n’ roll.

Win your own personal battles and addictions in rock n’ roll manner.

The band states this about the new official music video/song:

“”White Lies” is the tale of the addict. The vicious psychological circle created by the well-known “just one more time”, feels like your best friend and worst enemy. The song is the hard-hitting anthem of the weekend worrier – and by far the darkest song we have done (so far)”.

The new single from the Danish four-piece foreshows the band’s third album “The New World” – which will be released in the winter, and is made in close collaboration with producer and H.E.R.O frontman Christoffer Stjerne.

Check out the official premiere for the music video of “White Lies”, below:

Mariangela Demurtas (Tristania/Ardours) released crowdfunding campaign for the new solo upcoming EP ”Dark Ability”!
Shadowspawn  premieres the new official animated video for the ”Dark Down Take Me”, death metal darkness is coming to corrupt you with some death metal chaos and power!