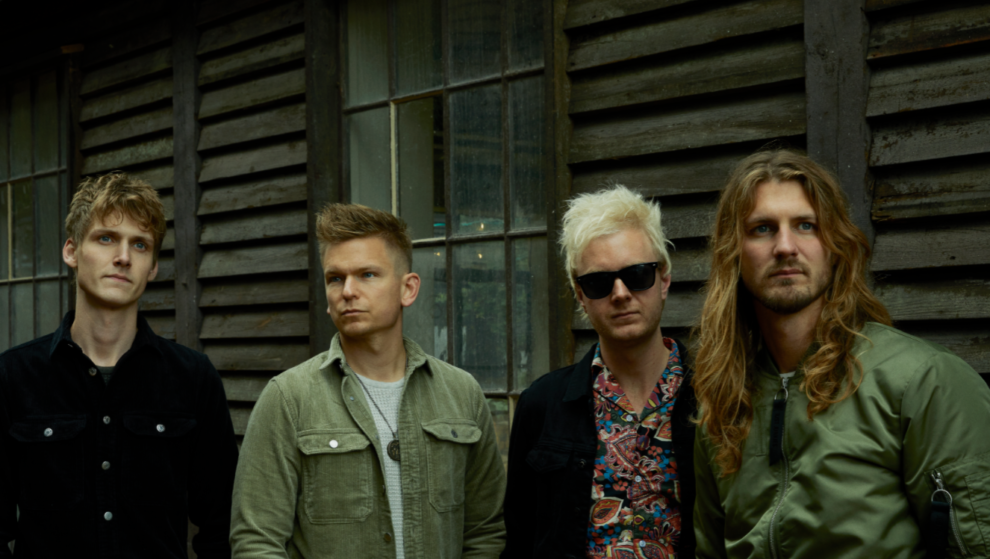 Danish hard-rock masters Lucer premieres the new official music video for the “Trouble“, this song is a first one taken from their third new official upcoming record “The New World” – in close collaboration with producer and H.E.R.O Frontman Christoffer Stjerne. And it will be released in Winter, via Mighty Music Records.

“Trouble” is the song that has a strong rhythm section, once again great storyline created by the band and of course greatly arranged and produced sounds. From begging till the end this melodic modern rock song, shows the good example of the rebellious rock spirit – that is pointed out in the lyrics of the song, also it shows this dynamic atmosphere that truly present’s to the core this rebellious approach towards music and life.

The story of the song is about that you can’t escape the problems and the bad things in general. There will be always a new ones, from global ones to personal ones. It is about facing it and being prepared for it, you got nothing to loose – it is a life experience, that is natural – since after rain sun always comes and backwards. And the soft parts of the song to hard ones, present that cycle and dynamics before the storm, but as well after it. This song is composed in a great way as well as produced, to get to the main point of the message and to show it in the most best and creative way. And the guys did that, for sure.

Vocalist Lasse Bøgemark presented the emotions of the song in such a smooth and catchy way. Totally got into the theme of the song – showing the true rebellious spirit of the song, as well as he awesome vocal skills contributed in the technical way for the song – to sound greatly in that part of the song.

Once again the band is influenced by the Kings of Leon and Muse as well in their previous songs. They did incorporate this influences in an excellent way to this song, also it reminds of some Kings of Leon songs, which shows that this is a great modern rock song – with some good influences to it. Rebellious touch to it, dynamic rhythm section will be a great musical feast for the modern rock fans and other listeners as well experiencing it.

The band states this about the new official song/music video:

“No matter how much you prevent or guard yourself, troubles are waiting around every corner – war, money or ex-girlfriends. The dynamics of the song alternate between the soft and the hard as silence before the storm, when the shit hits the fan.”

Check out the official premiere for the music video of “Trouble”, below:

Obsidious releases the making of the “Iconic” music video!
Sylvaine entered the studio for the recordings of new release!