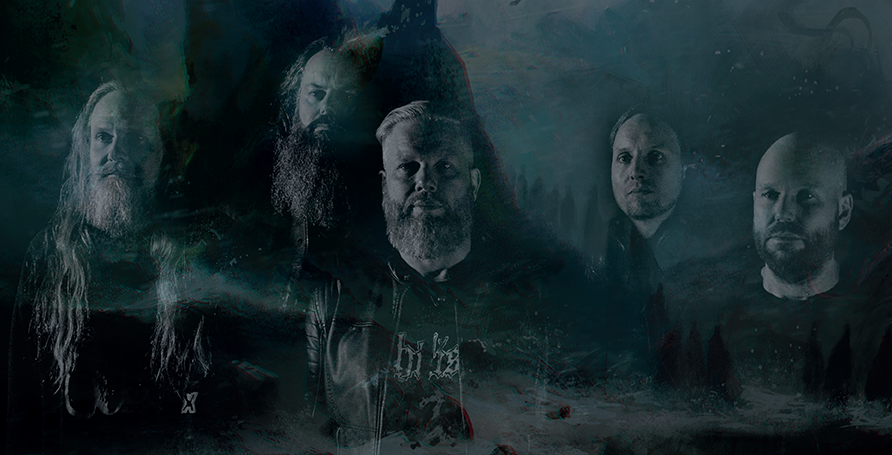 Danish death metal masters Maceration premieres music video for “Epiphany Of The Past”, from their upcoming record “It Never Ends”, which will be released on November 25th, via Emanzipation Productions.

Starting with some doom/death riff patterns, this song is a promising one – that has all of the attributes from the best death metal era from 90’s. It is a classical and uncompromised death metal, wrapped in experience and music knowledge by the band, where it can be heard this kind of experience in every tone of the song. Lifting up the atmosphere at the beginning of video, band continues through out the whole song, to deliver some serious death metal essence – that has many layers of brutality, making this song an ultimate crusher of death metal power and brutality.

And it shows song strength and genres full capacity in this song.  Technical adaptation in a form of coordination and balance is without a doubt outstanding – which is not a surprise for this death metal lords, since they know – how to record something that has technical perfection in it, resulting in creating unforgettable death metal experience. The best coordination and balance is of course between riffs and drum set, after that comes the vocal adaptation, so that the whole song in whole – has it’s structure. This mastery between this two things, shows the bands quality. It also shows how they know to deliver some serious sound, that sounds perfect – has this bad-ass vibe.

Which absolutely presents – that this guys pay attention to the details and not to miss anything in their music, to occupy the fans of death metal fully.  It can be also heard – that they are devoted to death metal fully. They for sure, give the impression that they all have the same mindset in the band, which resulted in creating this death metal tornado of destruction. Arrangement’s and production are incredible, every passage is not only sliding perfectly into one another, it has this rich structure that completes previous passage and the next after it. Production is done in high class manner, every sound is clean – which is not so typical for old school death metal, but it is important to hear clean sound, especially in death metal – that is a technical genre for itself. Making it more brutal, sounding greater in technical terms, which gives the death metal experience – totally new perspective and quality. 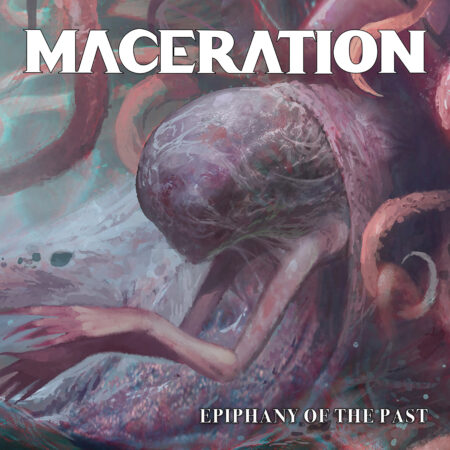 Dan Swanö as a known name in death metal genre, showed in this song a years and years of his experience as a Vocalist. He did it like a pro. There is nothing spectacular to add about Dan, since he showed his demonstration of power at Bloodbath, but also here. Having dominating effect on his vocals, he creates with his vocals and presence – this special feeling of death metal chronology. Showing what death metal is all about, that there is no room for fakeness, but true slamming brutality – that comes from his vocal cords, presenting once again why this song has it all. And it is such a powerful crusher of death metal opium. Dan dominated this song and contributed in creating high quality song and showing some chaotic brutality, that has attitude to it – as him too.

This is something that draws everything from 90’s death metal, which shows the awesomeness of this genre – then and now.  It is a blasting demolisher – that delivers fast and sinister death metal punch, that has all of the best attributes of death metal in it. Resulting in journey through extreme sound in most best manner, having the quality that it needs to have. It will devour the ears and minds of the listeners. And this is what one death metal song needs to do – through the sounds of death and toughness of metal.

It’s official. Maceration hiatus is over and the Danish death metal band will release their new record ”It Never Ends…”  on November 25th featuring death metal legend Dan Swanö (Edge Of Sanity, Bloodbath etc.) – as a vocalist. This happens 30 years after the release of their debut and only studio album this far. The Danish band played a pivotal role in the local death metal scene, being among the pioneers of the style in Denmark. Their “A Serenade Of Agony” record, also with Dan Swanö on vocals and members of pioneers Invocator, paved the way for a whole generation of Danish death metal bands to follow.

Guitarist Jakob Schultz states this about upcoming record and working with Dan:

“We are back with our second album. A perfect timing, 30 years, after the debut album, and of course very important for us that the album again is featuring Dan Swanö on lead vocals. It has been a very exciting experience to record this album and get to be working with Dan again. I think this is actually the first time Dan is back growling on an album since the Edge of Sanity days, so this is very special.”

This year, in the frenzy of the “A Serenade Of Agony” re-release, the live record “Live Disfigurements” (recovering long, historical concerts recordings) and the book “Incombustible Remains” (telling the story of the band’s first concert, opening for DarkThrone). Maceration reformed and are back in business. The band already played important festivals in Denmark such as Metal Magic and Death Coast. And still got time to write and make a new record. It will be released this fall via Emanzipation, to which Maceration just signed a record deal, Dan Swanö (ex-Edge Of Sanity, Bloodbath) is back as a session lead vocalist, just as on the debut album and also as the producer. The album is mixed and mastered by Dan Swanö in his own Unisound studio, where he also recorded the vocals.

Vocalist Dan Swanö  states this about his role in band and about upcoming record:

“At the time of the initial request I had given up singing all together, and especially growling, but since Maceration was the first album session job I ever did as a vocalist, back in 1991, I felt that I needed to be on this album, so I decided to sign on for the growling duties, as well as the sound duties, and pay my respects not only to the band for choosing me to sing on their first album, but also to finally singing on a full-on top notch HM-2 death metal release. I must say that that it sounds so much better than I ever though possible, given that I really haven’t used this particular style of growling since the mid 90’s and combined with the awesome riffing and the world-class drumming, it sometimes teleported me back to the vibe I had when I recorded the vocals for Edge of Sanity’s “Unorthodox” back in 1991.”

The cover artwork for “It Never Ends…” was done by the Swedish artist Ola Larsson, also known for his work for bands like Sulphur Aeon, Temple Of Void and Disma. His creation for Maceration’s new record sums of the atmosphere of diabolical forces – from the underworlds beyond in a very unique and intense way, combining the grotesque with the darkest corners of your mind.

Check out premiere for ”Epiphany Of The Past”, below:

Mo’ynoq released new fierce song for the “Penance”!
Priorities premieres visualizer for “No Gods, No Kings”, stay free and rebellious with the help of metalcore mastery!