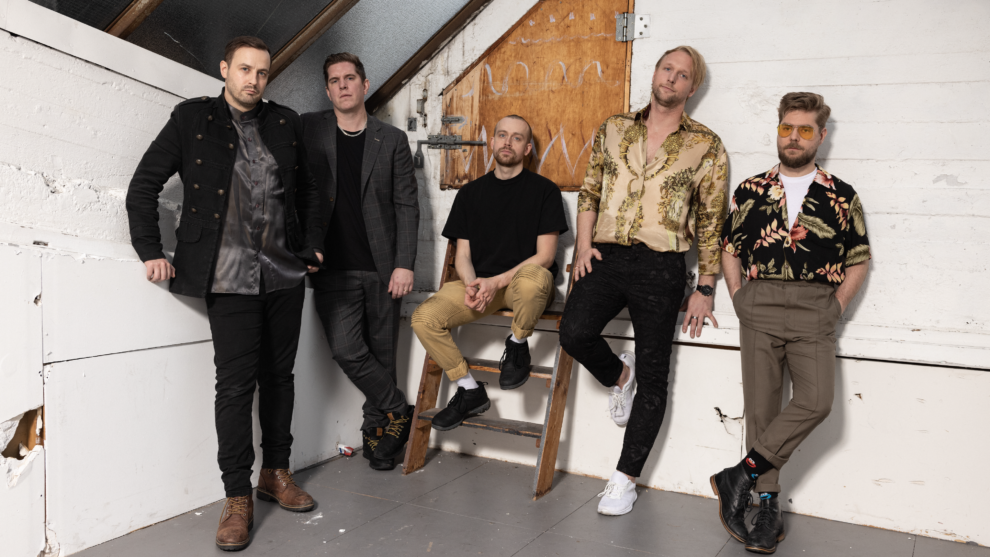 The Norwegian band Maraton is known for their distinct and iconic soundscape, characterized by technical drums, earthquake-awakening bass, shimmering guitars and almost sacred vocals.
The band release a new music video for their single “Perdurant Lives”.

Vocalist Fredrik states this about the new song/music video:

“Perdurant Lives is a song about accepting that you will never be a perfect human being. A snippet from a life will always show that one is missing or seeking something. This video was made as a reflection of highs and lows. When ever you think you reached the the ultimate “peak-you”, the mind twist the success to reflect another dimension of problems/situations you have to deal with. Lets go in to the rabbit-hole together: This is Perdurant Lives.”

Maraton breaks boundaries between genres, creating progressive alternative rock with roaring bass, massive guitars and exceptional vocals. Described as “shamelessly melodic”, the band experiments with sounds and creates music that can be described as a dynamic journey through sensory impressions. Thematically, lines are drawn between the emotional and the philosophical, and the songs are based on human receptivity to new impressions and developments.

The band released their debut album “Meta” in 2019, with great success and very good reviews internationally. At the time of writing, the debut has almost 3 million plays on Spotify alone, and despite the pandemic and little opportunity for concerts, the band’s fan base is constantly growing.

Maraton have previously played at festivals such as Roskildefestivalen in Denmark, By:larm– and the Trondheim Rocks festival in Norway, and after the debut album they went on an extensive European tour with Leprous. By combining and experimenting with different genres, the band creates a distinct and iconic soundscape that is characterized by technical drumming performed with mechanical precision, earthquake-awakening bass, shimmering guitars and almost sacred vocals. Despite this strange and wonderful mix, the songs present themselves as surprisingly catchy, but at the same time timeless, and as something that should be enjoyed and absorbed through more than one listening. Maraton are finally back with new music, and the follow-up album “Unseen Color” is expected in the autumn of 2022.

Check 0ut the music video for ”Perdurant Lives”, below:

The Chronicles of Manimal and Samara (TCOMAS) premieres the music video for “The Chefs Song”, liberate yourself through the progressive mental sounds and art mastery!
Freddy And The Phantoms released music video for “With All My Love”!