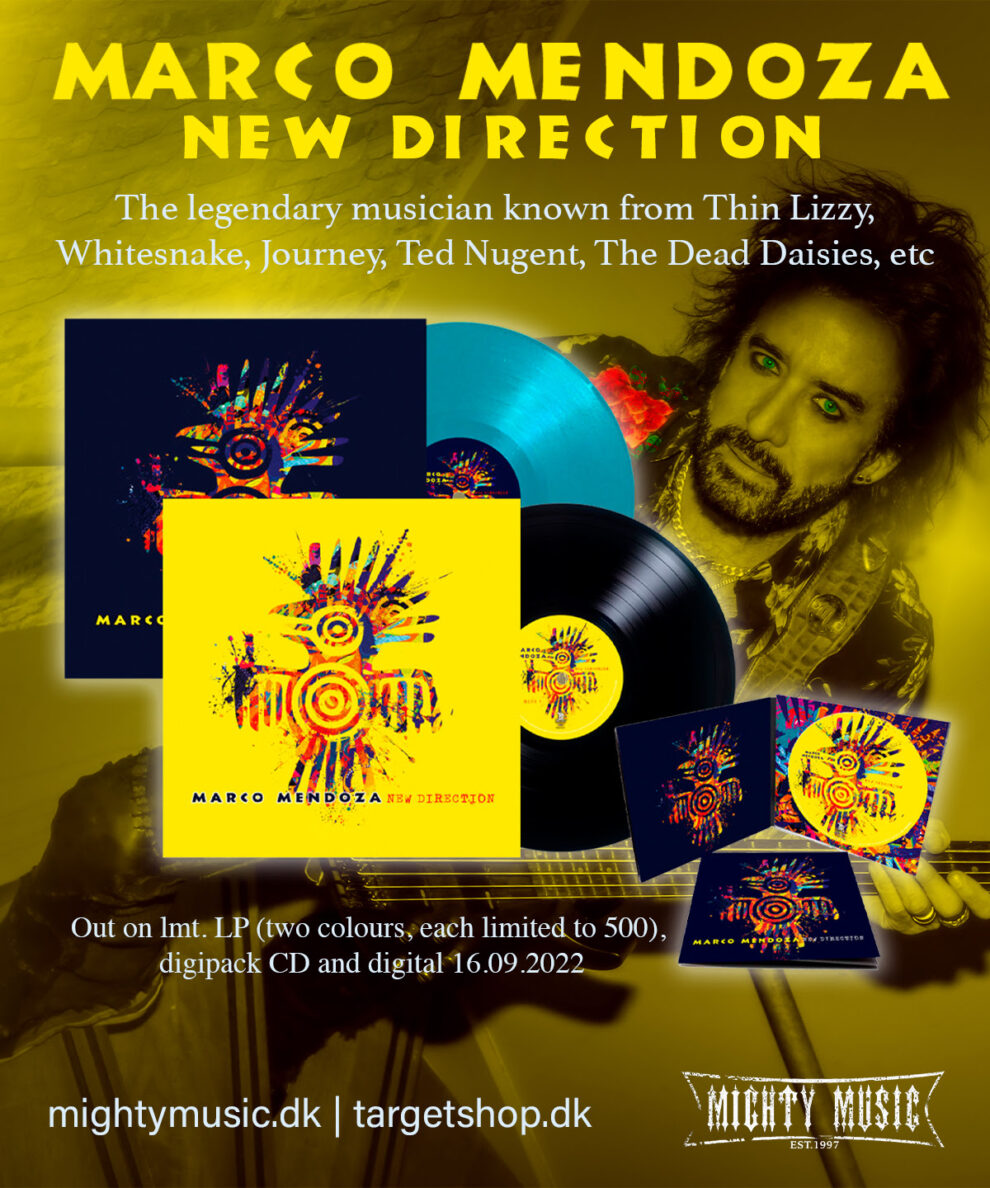 Known throughout the music world as a talented solid bass player for bands like Thin Lizzy, Whitesnake, Journey, Ted Nugent and The Dead Daisies to name a few. He has recorded a bunch of amazing music in his own way. And  when his fourth effort in his own name. “New Direction” – hits the streets in September this year, it will be a very special beast of its own.

Working with world-class producer Soren Andersen, owner of Medley Studios in Copenhagen, dubbed by some as ‘the new Mutt Lange’, the partnership that has already produced the career-defining “Viva La Rock” 2017 record has created in “New Direction” another future masterpiece together. 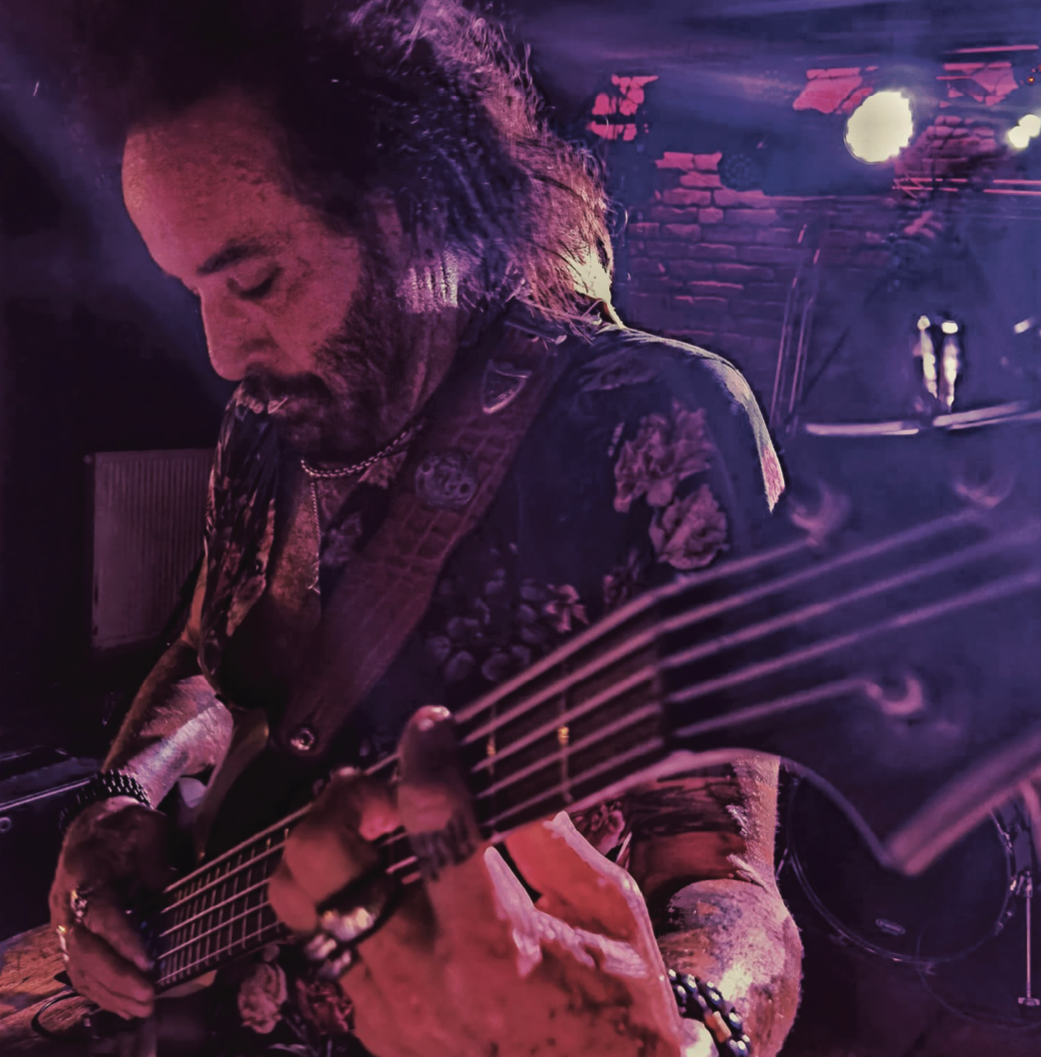 As it often happens, demanding times produce special opportunities, and writing and recording amidst a pandemic was a trigger for Mendoza’s creativity.

And with Andersen himself handling guitars and keyboards as a background for Mendoza’s top-class bass lines and superb vocals, Tommy Gentry (Gun) stepped in for guest guitar solos in selected tracks, while drumming duties were split between Morten Hellborn (Electric Guitars) and Allan Tschicaja (Pretty Maids). A super-team surrounding Marco. But then again, the bassist/vocalist is used to working with the best of the best, and wouldn’t have it any other way in what is clearly the tightest set of songs he has ever recorded in his own name.

“New Direction” will be released on digital, CD and LP (black and turquoise vinyl’s, each limited to 500 units) via Mighty Music Records on September 16th. 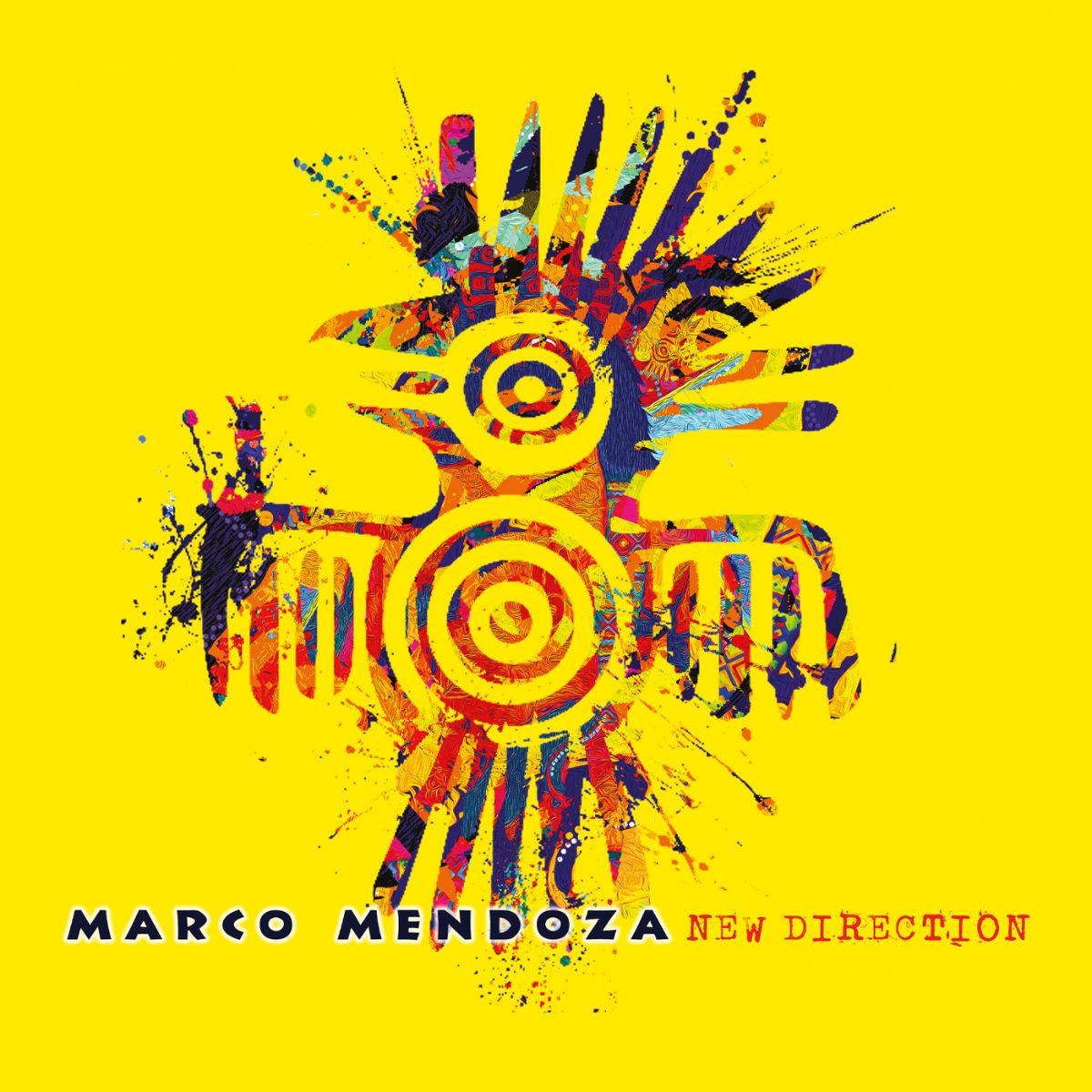