Band known for controversy of the band’s history with Varg Vikernes, the band has become an icon of black metal music, the band decided to come back to their former glory on their 2017 tour. 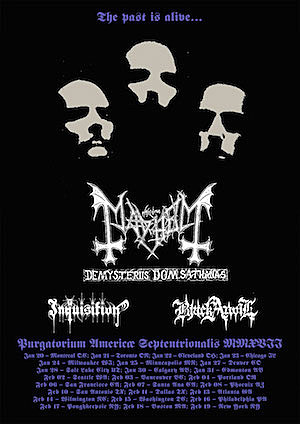 The singer Attila Chisar said this about their cult album:

“Time passed and the whole band got stronger and more experienced. So now suddenly we felt it was the time to play that whole record finally, to release that beast after more than two decades.

So for sure Mayhem is back again, too awake their demons inside them.