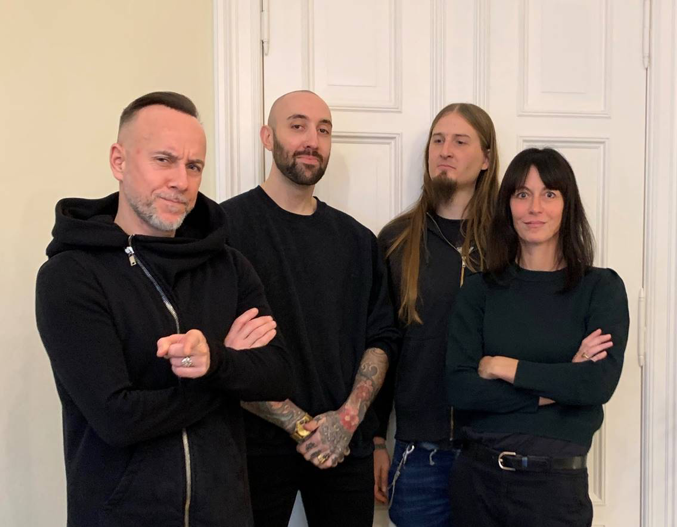 Blackened blues project Me And That Man – founded in 2013 by Behemoth frontman Adam Nergal Darski – has officially signed a worldwide contract with Napalm Records (excluding Poland).

Me And That Man released their debut album ”Songs of Love and Death” in 2017 – introducing the world to their unique brand of folk and blues, mixed with hints of outlaw country. The atmospherically dark album provides a strong contrast to Behemoth with its catchy melodies and relaxed rhythms, and gives Nergal space to express his creativity in a different setting. Since its release, the album’s lead single, “My Church is Black”, has racked up over 2.5 million streams on Spotify.

Me And That Man has big plans in store in the coming months.

Nergal states this about the sing-up:

“It’s a pleasure to be working with a brand new team of people on a project which in many ways is brand new to me. We have some big surprises for you in the coming months so keep ‘em peeled. The record has been a lot of hard work; some blood, some tears but just wait and see, it was totally worth it!”

“As I’ve been a Johnny Cash fan for many years, Songs of Love and Death turned out to be like a memorial to the country music god himself! Nergal´s creative and musical brilliance redefined an entire genre, and the album’s dark and sinister vibes were most certainly noticed in distant Nashville. Welcome, ME AND THAT MAN, to the Napalm family!”

Adam Nergal Darski has been a fixture in the music industry for years. As the front-man of black / death metal band Behemoth, Darski has been known to preach unholy sermons, praise Satan and sing about explicit blasphemy. Naturally, the next step was to channel those themes into another genre commonly dubbed as the Devil’s music – blues. Me And That Man is exactly that – Nergal’s solo project will surprise and bewitch the listener. The visionary creative founded the band in an effort to showcase his true ability to adapt to any genre. Released in 2017, Me And The Man’s debut album, ”Songs of Love and Death”, delivered thirteen stunning pieces full of multifaceted riffs and honest lyrics. In summer 2018, a line-up change followed, but Nergal’s solo project was far from over. Stay tuned for more details coming very soon.

Check out the music video for the “My Church Is Black”, here: