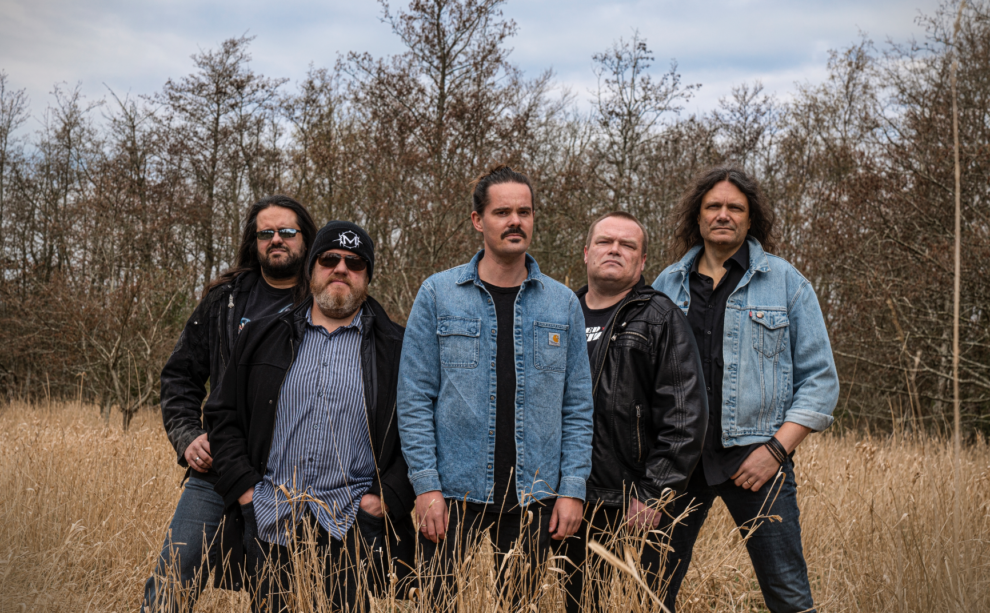 Danish melodic hard rockers Meridian premieres music video for  “Follow Your Heart” – from their upcoming record “The 4th Dimension”, which will be released on September 23th , via From The Vaults Records. The song is dedicated to Italian astronaut Samantha Cristoforetti.

When it comes to Meridian, they always find a way to create something original and to also brought it out – in music terms to sound like true divine mastery. This time they outsmarted themselves, since this is such positive and optimistic song – with such enchanting melodies, that can create a sparkle in brain. Everything is perfect, a simple perfection – with even more simpler approach and riffing patterns – that are of course in Meridian style, quite coordinated and balance. No need to point out this coordination and balance, since the guys showed every time – with each song, that they are in music terms – a royalty. That surprises ever time – with new innovative and creative approach to their work. This song starts with such cheerful and optimistic vibe, melodies through out the song, are just bursting all over the place – basically it is enchanting and impressive all the way. It is as usual classical rock song inspired by 80’s music. It is classical 80’s song, like usual approach by the band in 80’s manner. And this time they completely nailed it – with 80’s vibe and essence – it sounds like some original song from 80’s, like we are in that time now- of course with perfect production adding more uniqueness to this already powerful song. Lars vocals are incredible as usual, showing off his magnificent voice, that in this song vibrates -with true dose of liberation and optimism. Making the song just an iconic rock song.

Then there is – in some part of the song, this great solo riffing, that added more special effect to the song. To be more epic, enchanting and just amazing, as it is. Then there is a story – that talks about how we don’t need to be slaves of our own and listen to propaganda and lies, that are served to us for centuries – even if there are already in out head. They can take our hearts and souls, that is the main point to follow our own inner self strength, since they can’t take our hearts and souls. And it is also about embracing empathy and kindness for one another, to believe in ourselves and others and mostly it is about selflove and love, that makes the world go around. If you don’t love yourself, how can you love others. That is the point to search for our humanity, compassion, kindness, empathy and bravery. Never letting go of being free and being human in right way. The song is also a tribute to great people – that contributed to humanity. Mainly it’s a tribute to famous Italian astronaut Samantha Cristoforetti. It also tells us to follow the path of great people, but to be free and ourselves, nurturing the important things – never let ourselves get in a trap called mind-control, propaganda, lies and toxicity, but to believe in better tomorrow, to change our ways. This was presented in outstanding way by the guys from the band – with right melodies, that created this liberating symphony of power.

This is a wonderful and honest song about freedom, that has divine melodies – dominating riffing and high class rock. And it ready rock hard the minds of listeners. It is rock symphony of majestic rock n’ roll power from 80’s, that rocks hard and portraits what rock is all about – in most sincere and quality way.

Awake yourself, through the sounds of rock symphony, filled with divine mightiness.

Let’s go back to the 80’s. Back then, there were no style boundaries. You were either into heavy metal rock or you were not. Bands like Scorpions, Pretty Maids, W.A.S.P. or TNT gathered a legion of loyal fans around them looking for the thrill of screaming guitars and epic melodies. More than fans, we were family. The heavy rock family.  Many bands have, since then, tried to capture the feeling of those days. Many have failed miserably, but others have succeeded to give us a glimpse of that golden era. Among the latter, the Danish collective Meridian is one of the most brilliant. They’ve been shaping their sound in three studio albums since 2013 and even in an unapologetic covers EP where they showed their diversity of influences. But now it’s time for a whole different ball game. Enter “The 4th Dimension”.

As with many quintessential albums, the latest studio offering from the Danish five-piece comes, musically, with a wide variety of songs, from real heavy numbers (“The Road Back To Hell”, “Warning Shots”) to really melodic hard rock songs (from which “Say That You Want Me” is a perfect example). Not forgetting epic songs (“Dreamers”) and fast tracks like “Remove Your Crown”. As in the 80’s, no boundaries, no overthinking. “The attitude was ‘Everything is possible and anything goes’”, guitarist Marco Angioni comments about the writing process. “If a song is good and we all like it, it goes on the album”. Again, an attitude that screams “80’s” from the top of its lungs.  Produced, mixed and mastered by Angioni (a renowned producer himself, with bands such as Tygers Of Pan Tang, Steel Inferno and Iron Fire in his resume) and recorded in Angioni Studios between October 2021 and January 2022, “The 4th Dimension” is one of those career-defining albums in which Meridian reaches full maturity and shoot for the stars.

“The 4th Dimension” will be released on digital, CD, and LP (marbled transparent orange/black vinyl, limited to 300 units).

Check out the premiere for music video of “Follow Your Heart”, below:

Dreamers Crime premieres music video for “Like Me”, enter the world of fun followed by hard rock/hip hop blast!

Fall and Resist releases music video for ”Creator of Our Own Demise”!