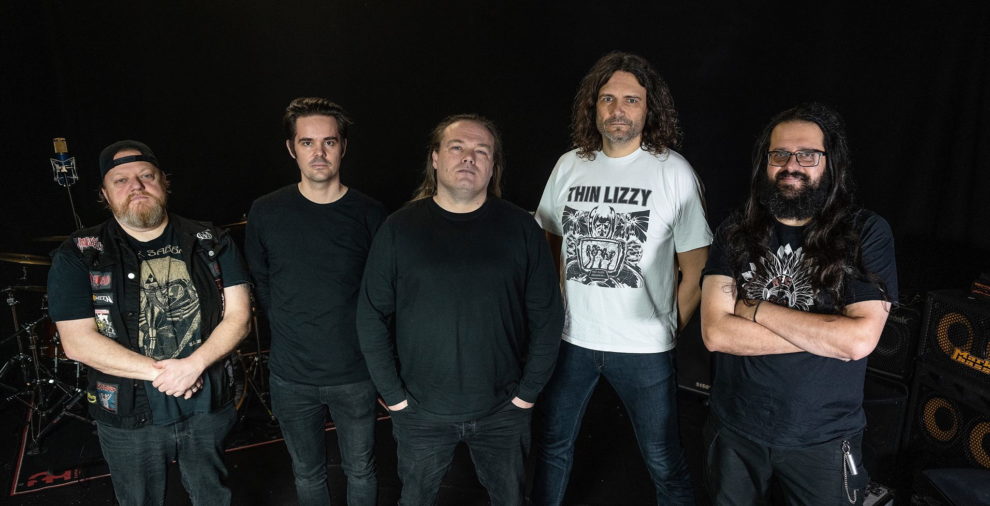 This is a very well recorded cover song, from the spectacular images of the Las Vegas to the images of the one of the most famous and biggest Las Vegas casinos ”Bellagio” , to the melodic rock sounds that are almost the same like in the original song, but with the better production of course- making the experience even better of the cover song, as well as the images in the video of Vegas will make listeners and viewers quite entertained. It’s interesting how the band presented with this cover this outgoing vibe with the parole “Life is one, let’s have fun” and they added that Vegas vibe/essence to it, it just so perfectly arranged with the whole songs – perfect solos, fast melodic riffs and balanced drum section, that were in such a clever way arranged with the outstanding vocals of the Lars Märker, who presented this song with his vocals in such amazing way, making this song alive again through his vocals and catchy as well – also the rest of the band made it catchy and fierce. All of this makes this cover a pure enjoyment for the listeners, blasting this positive outgoing vibe, that they will for sure like in every way in every second of the song.

The video has that high quality production, that presents the Vegas in the best way – with people playing roulette – the gamblers will like this video for sure it will be an anthem for their gambling and they will have fun listening to it, while gambling, among roulette there is poker and slot machine games in the video, the band did combining all of this things in one complete story, that has gambling and fun in it’s description. Outstanding cover by awesome band, that the fans of the band and fans of the original owners of the song, will dig for sure and enjoy it with there soul, body and mind.

The band states this about the cover song and music video:

“After the last album Mighty Music CEO Michael H. Andersen, wanted us to do a Skagarack cover. All being fans we liked the idea, and despite having lots of great songs to choose from, we quickly settled on one of their biggest hits, – the irresistible Hungry For A Game. So this is our take on this classic hit.Why covers? – Just for the fun of it!”

It happens to most bands. It certainly happens a lot in this band. Warming up at rehearsals someone starts playing a cool riff from the good old days. – Everybody joins in on the jam and 30 seconds later everybody stops, laugh and someone says:

“That’s a cool song. We should make a cover of that someday”.

Most often, that day never comes, but sometimes it does. Last year when the band finished recording the “Margin Of Error” album, one of the songs reminded Mighty Music CEO, Michael H. Andersen, of one of the greatest Danish bands from the 80’s, Skagarack, – and he suggested the band should do a cover of one of their songs.
The idea stuck for a while, and the band decided that once they gathered in the studio, they could just as well record a couple of songs and make a covers EP. – Just for the fun of it! Choosing the songs was not easy. Every discussion always ended with over 20 good suggestions. So the band applied some rules. Each member should pick one song, and nobody could argue against it.

So here we are, with six classic rock and pop songs from the 80’s, grinded through the Meridian machine, twisted a little bit to suite the Meridian sound and playing style, but still paying respect to the well known originals. All six songs are released as digital singles over the summer, and the EP will be available in the autumn 2020.

Check out the premiere for the music video of the cover song for the “Hungry For A Game” of the Skagarack, here:

MystifieR releases two-part documentary, ”MystifieR – Two days in the Capital of Death Metal”!
Iron Angel premieres the music video for the “Seed of Time”, seeds of heavy metal that stops the time!