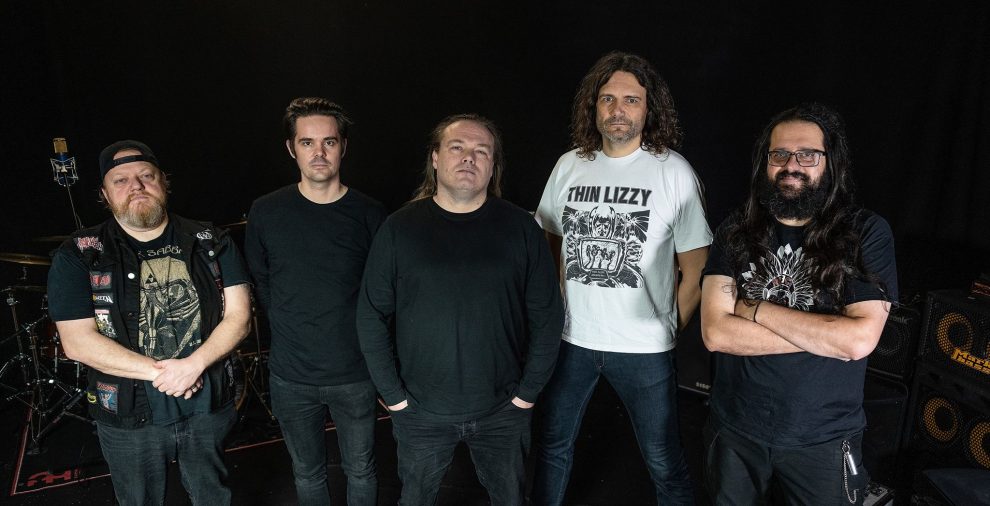 Danish melodic metal band Meridian premieres the lyric video for the song “Circle The Drain” from their new album “Margin Of Error”, via Mighty Music Records.

What can be said about this song, it’s all about the 80’s heavy metal speed influence. The lyric video is also very well made, and goes along with the story. Vocals are as always unique and unusual, and they made this song sound even more like a true glorious 80’s heavy metal song. The lyrics are about life, and dark side of life, also about the fight and tough moments in life, and also that the life is sometimes a journey and battlefield, that we must all confront. Solos are just perfect, with the virtuoso touch by their solo guitarist, giving that groove flavor to the song, which made it just so magical and unique, not to mention it’s just pure melodic devastation, for which the band is known.

It’s interesting that on this song it can be heard the influences of Iron Maiden, probably so that the song can sound in the 80’s manner the most. Destruction and domination of speed heavy metal devours and dominates all.

Statement of the band about the song and the music video:

“Circle The Drain” is an upbeat, high octane, punchy song about… Death! Addressing the fact that we’re all “Riding on the mechanical bull of life” and offers a reminder to live life to the max, before we’re getting knocked off and flushed out. The song was one of the last ones written for the album, created during one of the last recording sessions. Marco wrote the riffs. Lars came up with the melody and Klaus wrote the words. The song has already proven itself as a kick-ass live song and will probably be a mainstay in the set-list for the time to come.

“Margin Of Error” is the bands third album. It’s recorded at Death Island Studio, produced by
guitarist Marco Angioni, and includes the three songs “Fragments Of A Life”, “Second Best”
and “The Devil Inside Us All”.Musically the album displays a varied landscape of melodic hard-rock, hard hitting metal anthems and slow-paced heavy monsters. Songs with strong melodies and memorable choruses you can sing along to. It’s the most coherent and well crafted collection of songs from a band that’s better than ever.

Meridian is heading out on the road in 2019 to support the album.“Margin Of Error” is out now on CD, LP and digital.

“Margin Of Error” is recorded at Death Island Studios.

Check out the premiere and stream for the official lyric video for the song called “Circle The Drain” here, enjoy it: