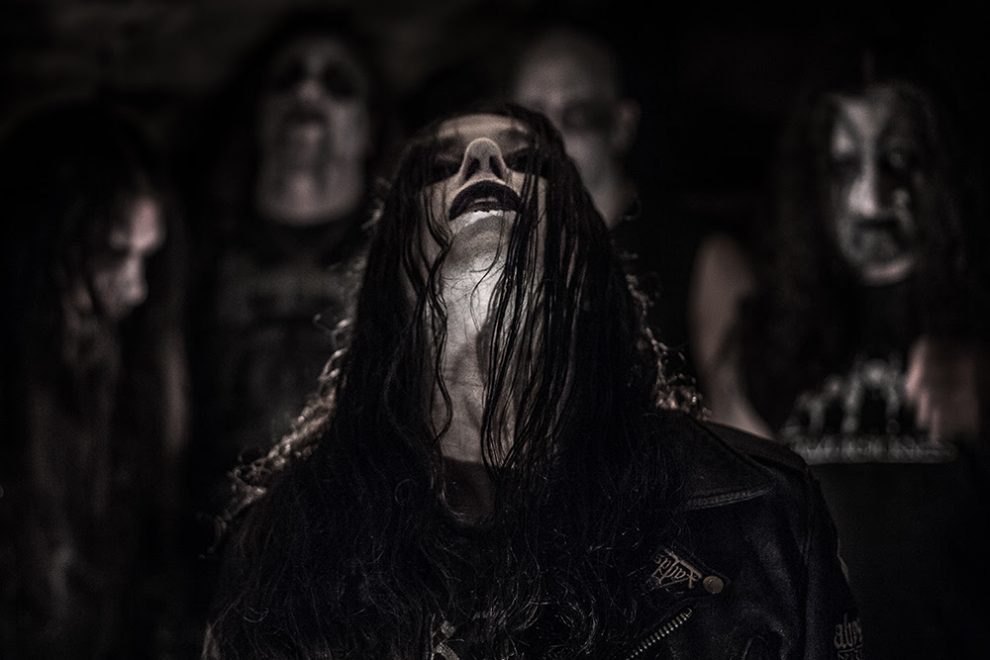 Merrimack will start their Japanese tour trek tomorrow, November 22nd, in Osaka. The Parisian black metallers will join Marduk for four shows. The band will play in support of their latest album ”Omegaphilia”, which was released on June 09th, 2017, via Season of Mist Underground Activists.

The band states this about the Japanese tour:

“9 Years after our successful USA tour with the mighty Marduk, Merrimack will support the Swedish devils again for 4 shows in Japan. We are stoked to explore the Nippon territories for the first time, and deliver some pure french Black Metal, played with devotion and faith, to the maniacs there. It’s a brand new experience for us, but it will definitely leave a mark on the Japanese crowd as well!” 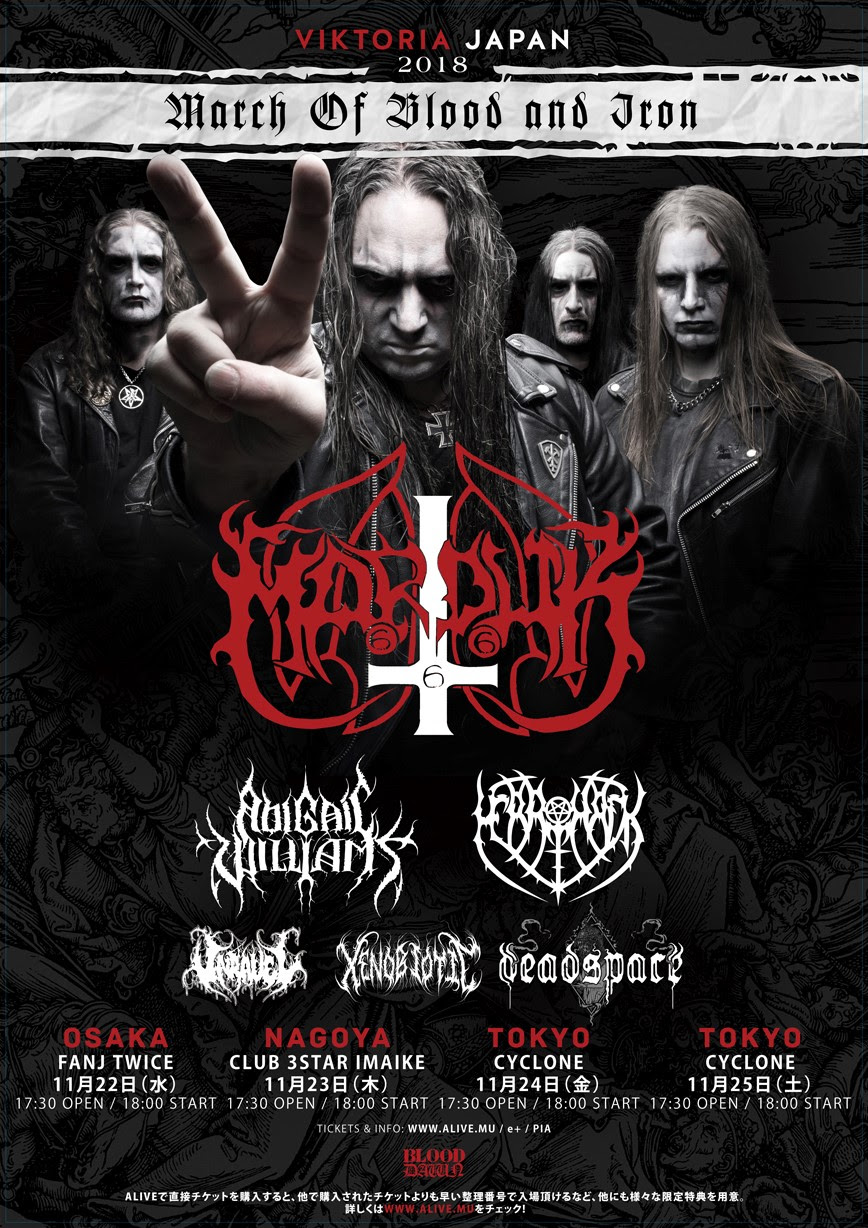 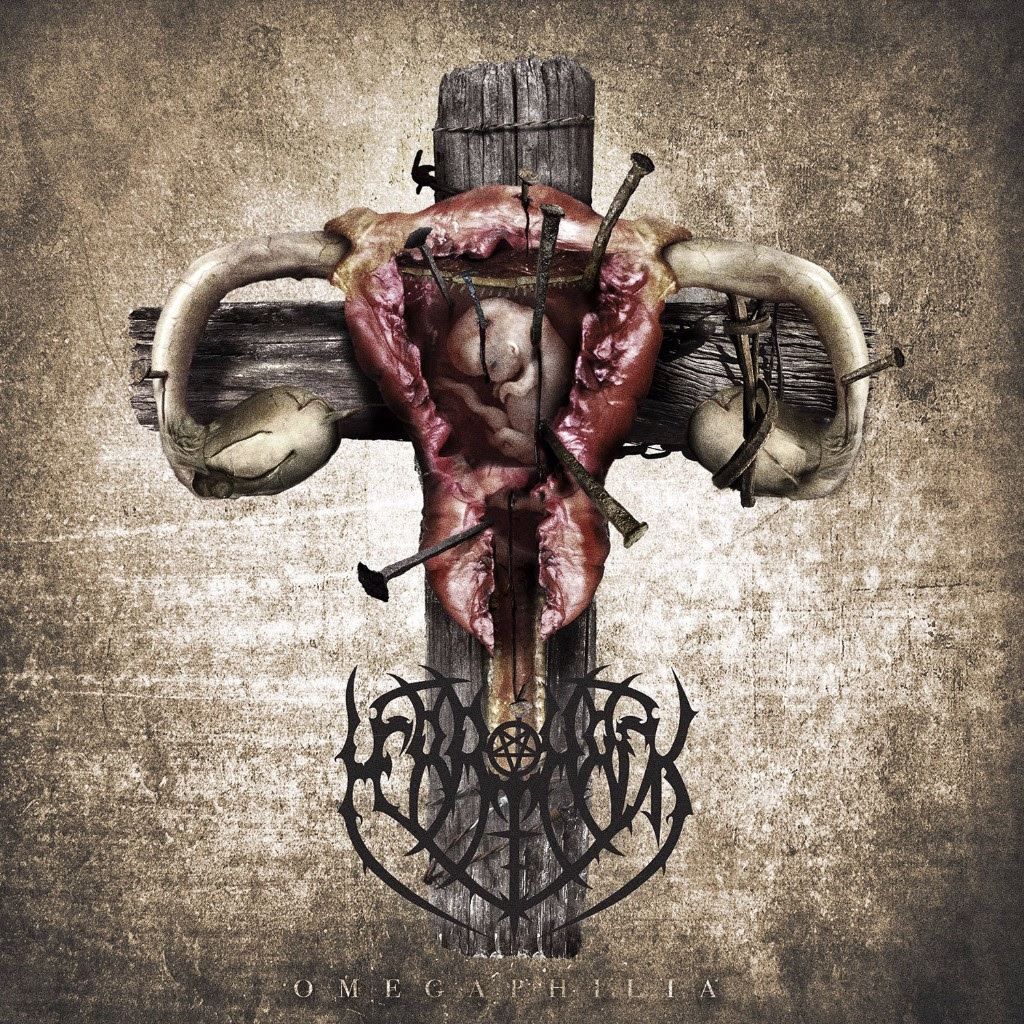 1. Cauterizing Cosmos
2. The Falsified Son
3. Apophatic Weaponry
4. Gutters of Pain
5. Sights in the Abysmal Lure
6. Cesspool Coronation
7. At the Vanguard of Deception

Merrimack are breathing fresh life into an exhausted genre, not by heaping up epithets such as progressive, post-, and avant-garde, but by razor-sharp songwriting, captivating melodies, and close to perfect arrangements. ”Omegaphilia” achieves excellence through hard work and experience that shows through on every single song.Musicians as any artists can be roughly categorized into different groups by their approach to composing. There are those for example, who come with restless souls and always try to find new ways and break into uncharted territories. Others prefer to evolve within a certain genre, driven by a desire to hone their skills and striving to bring their art to perfection. Merrimack as black metal traditionalists obviously belong to the latter circle and their fifth full-length with the apocalyptic title ”Omegaphilia” is an impressive demonstration of how far the French band has matured.Merrimack will be playing in support of their latest release ”Omegaphilia”, which was released on June 9th, 2017.

Merrimack were founded by guitarist Perversifier in 1994 with a clear vision to keep the black metal flame burning as an act of aesthetic terrorism – as adamantly based in the underground as opposed to any attempts to co-opt, commercialize, or turn the style into a self-parody.

With a number of demo recordings (”Prologue” – 1995, ”Act 1” – 1995, ”Horns Defeat Thorns” – 2001) and split releases (with Hirilorn in 1998 and Sargeist in 2002), the French gained respect in the scene by remaining true to their words. Although  Merrimack decided to reach out to a larger audience with the release of their first full-length ”Ashes of Purification”(2002), the Parisians did not sever their roots with the underground at any time.

Merrimack closing ranks with the most influential, active, and authentic acts of the French black metal scene. Their classic combination of harsh sound with epic structures appealed to critics and fans alike and put the band on their celebrated first US tour with Marduk and Nachtmystium in 2009.

Following the recording of ”The Acausal Mass” (2012) again in the legendary Necromorbus Studio (Watain, DESTRÖYER 666), Merrimack  embarked on a European tour with Norwegian icons Mayhem and accepted invitations to prestigious festivals such as Hellfest in their native France, Germany’s Party-San Open Air and Summer Breeze and Montreal’s Messe des Morts in Canada.

Guest musicians:
Aldrahn – vocals on “Cesspool Coronation”
Frater Stephane (NKRT) – rituals on “Cauterizing Cosmos”
The Chorale of Cachan – choir on “At the Vanguard of Deception”

Check out the full stream of their latest release “Omegaphilia” here, enjoy it: