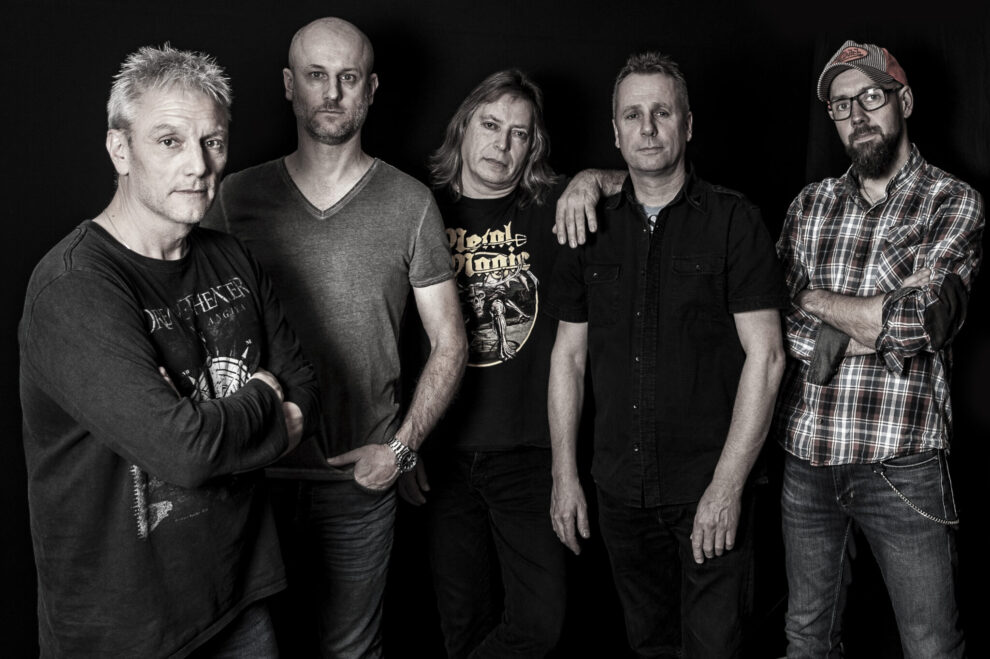 The upcoming and long-awaited full-length record shows a band on top of their game, melting together the classic heavy metal of their now cult 80’s demos “Crucifying The Virgins” and “M.A.D.H.O.U.S.E.” with a renewed power and energy. It will indeed rip your soul and leave you thirsty for more from this Scandinavian heavy metal powerhouse.

“Soul ripper” will be released on LP (marbled orange/black and marbled grey/white vinyl’s, each limited to 300 units), CD and digital formats via From The Vaults on February 25th. 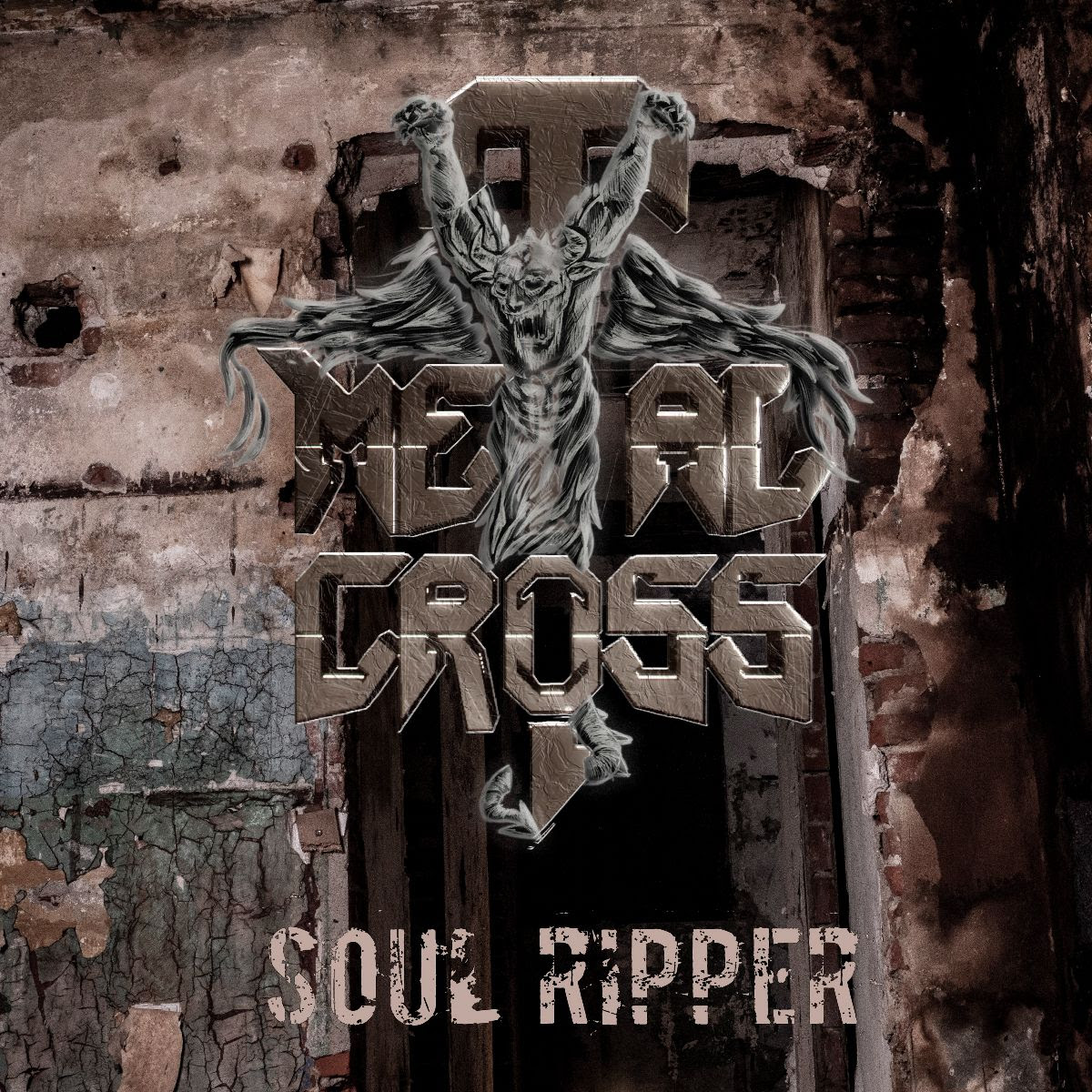 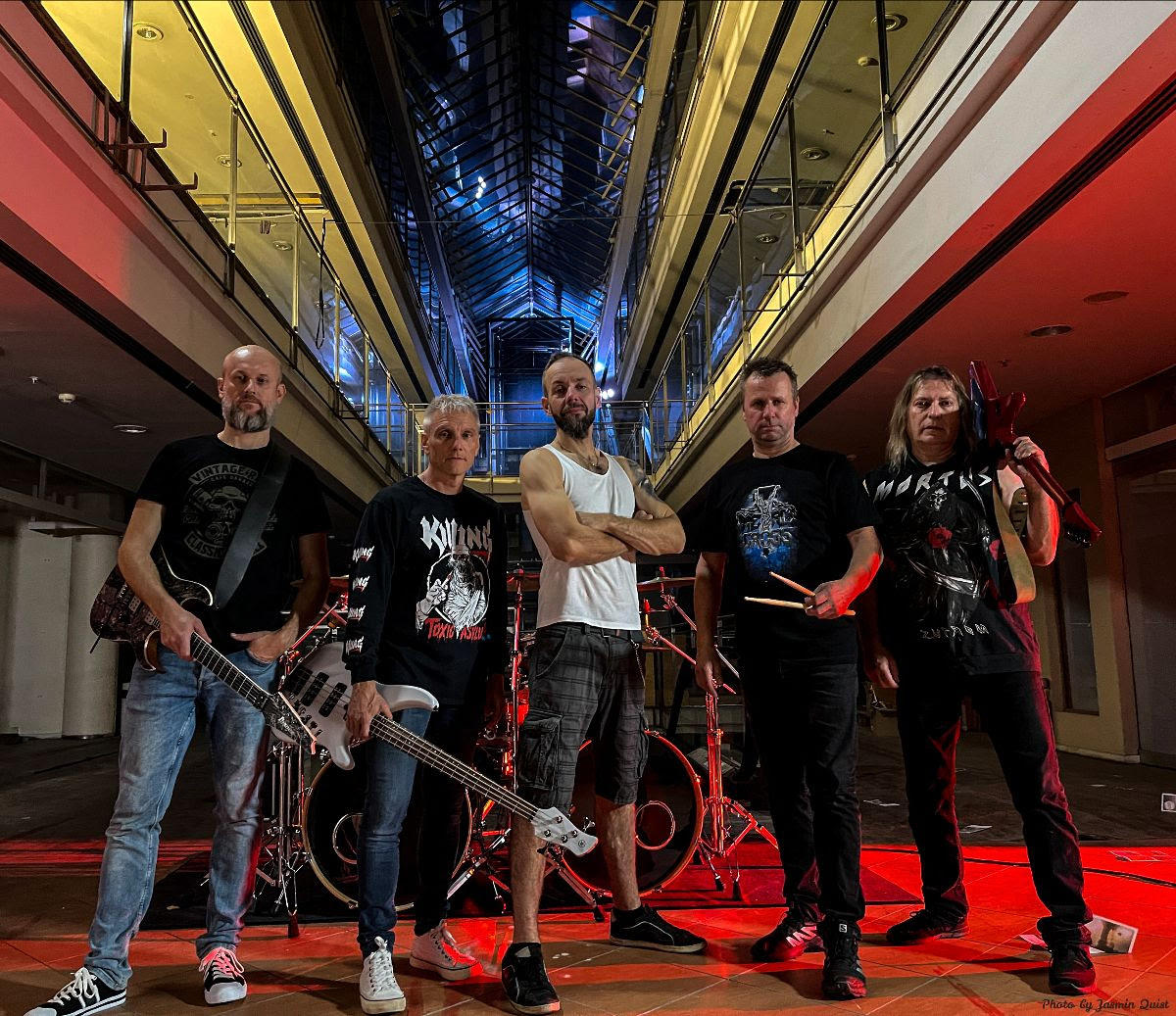 It all began in 1983. During the eighties and prior to the break up in 1989, Metal Cross released two demo tapes: “Metal Cross” and demo 2 “M.A.D.H.O.U.S.E.” The band also contributed on two compilation albums. The band played concerts all over Denmark and shared scenes with other major Danish metal bands such as Artillery and Invocater. Metal Cross played the bands last concert in the hometown of Randers on December 16, 1989 – shortly after the band dissolved.

In 2009, one of the band members were contacted by the record company Horror Records asking if the band would approve the company’s release of the band’s two demo tapes in a vinyl format. After a long period of time trying to retrieve the material from the old day’s, an agreement was reached to release the songs from the two old tapes. In addition, it was decided that the recording of the very last Metal Cross concert could also be used. In 2014 the double vinyl album “Metal Cross” was released. One LP with demo recordings and the other with the concert from 1989. In addition to this, a 7” bonus single with two live songs from another concert was released.

Following the release, Metal Cross was persuaded to play a single gig at the Metal Magic Festival in 2014. Prior to the festival performance, the band played a warm-up gig for Artillery. After 26 years, Artillery and Metal Cross stood on the same stage one more time! The two jobs exceeded all expectations and Metal Cross is back in full action again, and has played several festival gigs in Denmark and always with great feedback from the audience.

In 2019 the former singer Henrik “Faxe” left the band and Esben Fosgerau Juhl took over his place and went directly into the studio. Metal Cross has since been doing and recording new material through the last couple of years and they’re now ready to end the long wait for a first album with “Soul Ripper”. Metal Cross ambitions are not to be mistaken. They will hit all the small underground stages, to the bigger festivals, and aim for a European tour as well. 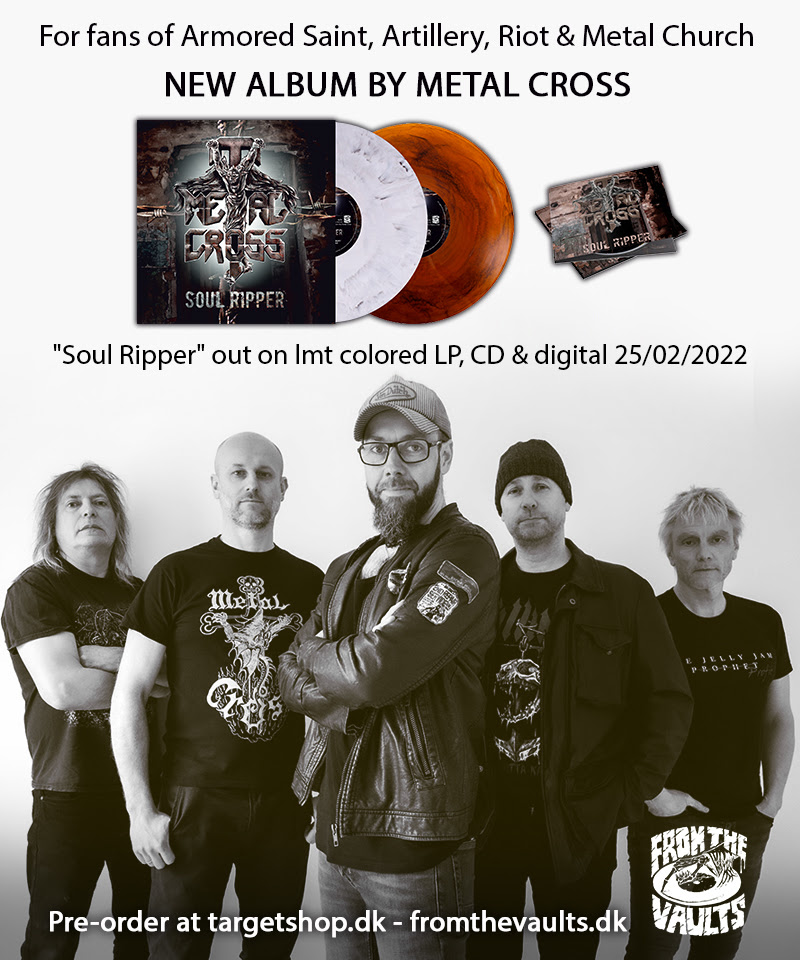 The Chronicles of Manimal and Samara (TCOMAS) premieres a new song ”The Prophet”, remember who you are as a human, followed by explosive prog metal/rock revelation!
Vulcano releases a music video for “Ship Of Dead”, reveals details for the upcoming record “Stone Orange” for 2022!