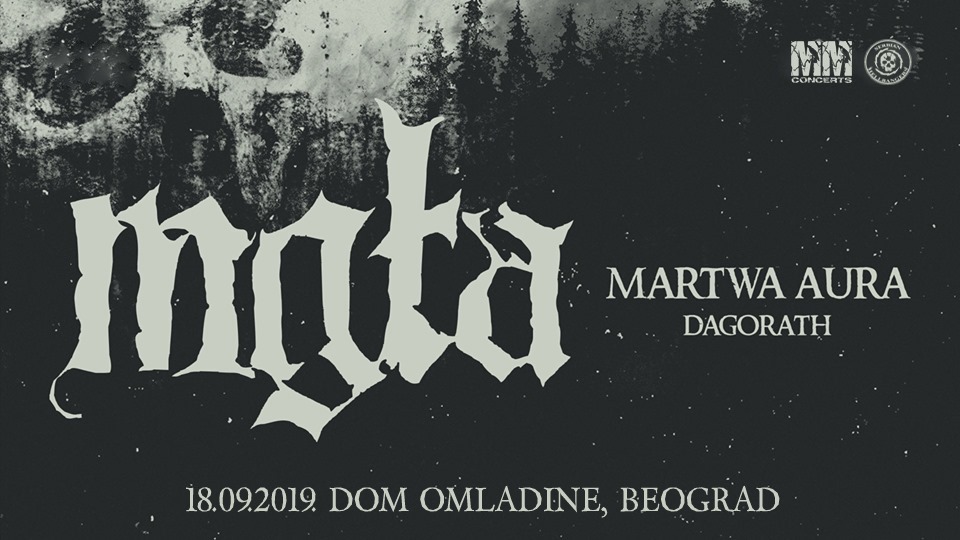 The show of Polish black metal gods Mgła with Polish support acts Martwa Aura and Dagorath scheduled for September 18th in Belgrade will be moved to a larger hall called “Amerikana” at Dom Omladine in Belgrade/Serbia. Organizers themselves confirmed this information, also the concert was planned to be held at the small club of Dom Omladine. 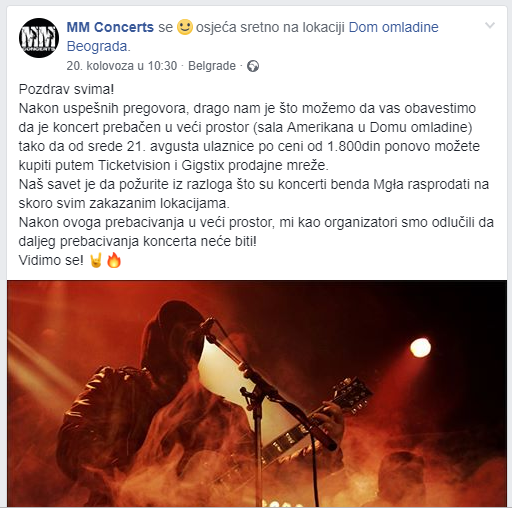 Statement of the organizers about the new location and the details about the tickets:

“After the successful negotiations, we are pleased to inform you that the concert has been moved to a larger (hall “Americana” at Dom Omladine , so that you can buy tickets again on Wednesday, August 21st at Ticket-vision and Gigstic sales venues”.

There will be no further transfer of the concert. This is a final location for the gig. It’s such a surprise, because it’s a rare thing that bands, that come to Balkans sold-out their concerts, and now in Serbia the fans of this bands will enjoy the spectacular show.

Until their show in Serbia/Belgrade, check out their latest song “Age of excuse II”, here:

Carrion premieres the music video for the “Defiled Sanity”, death metal insanity, that blows the brains out!
Cannabis Corpse releases first song and music video for ”Cylinders of Madness”, off their upcoming new release!