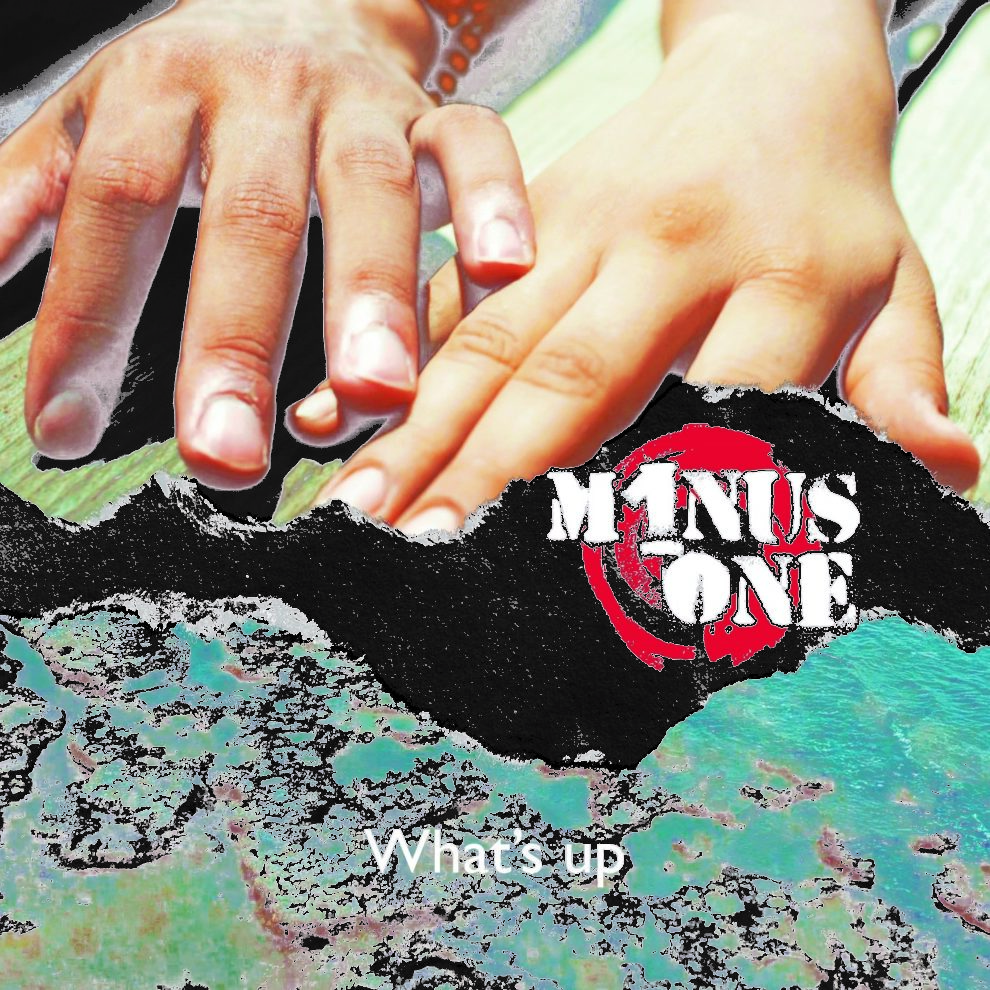 Greek rockers Minus One premieres the music video for the song “What’s Up” cover of the cult rock band 4 Non Blondes, via Mighty Music Records!

This is a cover that is completely different from the 4 Non Blondes song, it’s modern, also it has some electronic music influences, which made it different, creating total new perspective of the song, and of course with the touch of pop and indie rock music, being diverse, fresh and totally original in it’s own way.

Where to start with this song, with the vocals, with the melodic sounds? About the vocals, they are very high, it’s rare for the male singer to have such high range of vocals, and it’s interesting that he manage to get side by side with the Linda Perry’s vocal range, maybe even higher.

The influence that is most present here is pop, it’s a great cover in pop version of it, with the electronic influences to it, and some strange not of this world melodic sounds, more like alien one. With all of the influences this song has totally different direction in a music way that the original, making it just interesting for the listeners, and the fans of the 4 Non Blondes will surely like it.

They will also like the production of the video as well, and the location where it was shoot. It’s a beach, but also other different locations as well, that goes along with this strange but great cover.

There is also children chorus in the song at some point, when it got slower  with their voices it sounded, that part of the song so hypnotic and even relaxing, like that part was another song. It was blended perfectly with the song, and the children voices as well.

From the begging until the end, this song will keep the listeners in that relaxing mood, just chilling and enjoying every moment of it. The fans are going to love it, because the cover didn’t loose the true essence of the original, it’s different, but the point is the some. I say Hey, while floating on the clouds, with the melodies from paradise.

The band states this about the song and the music video:

“We had always loved the song by 4 Non Blondes! And when our manager came up with the idea of recording it, we thought it was great! We had been playing the song at our live concerts in quite a different way from the original song, and we noted that the crowd loved it. However, once we were in the studio we decided to do it in an again completely different way, as at the time we noted that lyrically it touched us in  a specific way. It all came out in a period when we read of many suicides going on due to deep depression. We also had a case that was very “close to home”, so the whole process of re-interpreting the song kind of came naturally to us, to use the song for what we felt.

We gave it a pensive, intimate mood in order to express our feelings! For us it was like this song was written for this.

Although we were in the process to write our own material , “What’s Up”  was the perfect fit for what we felt at that moment. We are very happy with the end result, and the video projects exactly what we wanted! We hope that people can relate, listen, watch, and maybe be more aware of friends and family that may be going through personal issues. You can never really tell who is going through depression most of the times, it doesn’t show as much as we think.

2019 has seen us busy playing around Cyprus, Italy and Greece, with the highlight of opening for Dream Theater in Athens. But we want to tour more, and we hope we will”.

The event that boosted Minus One’s career has been the attendance to Eurovision Song Contest in 2016, performing live in from of 16.000 people for six times, and attending the televised final, which was followed by 205 million people worldwide.

“Red Black White”, their latest album, has been recorded, mixed and Produced by Soren Andersen at Medley Studio (Mike Tramp, Glenn Hughes, Artillery) and mastered by Thomas “Plec” Johansson of Panic Studio Sweden and shows a super professional rock bands that should appeal to both AOR/melodic rock fans with a modern Muse meets Imagine Dragons touch. Now, it’s time for a new single: “What’s up”?

Check out the premiere for the music video of the cover song “What’s Up”, here: