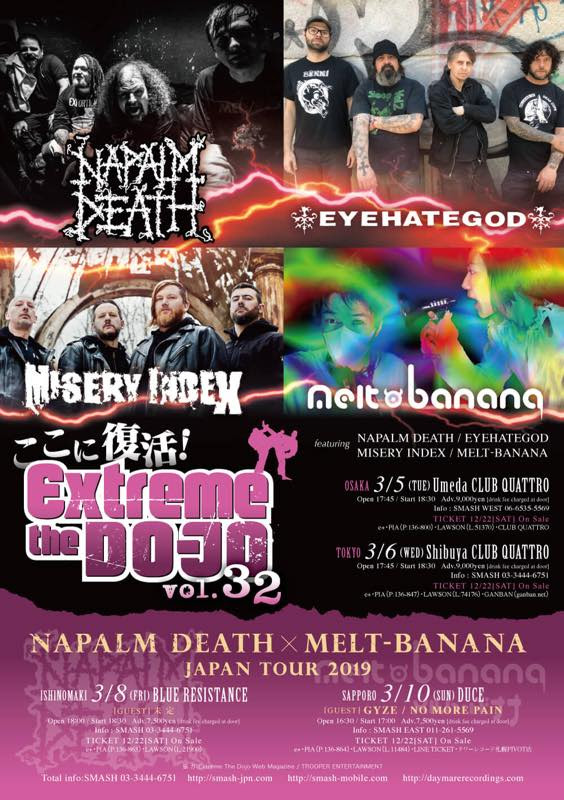 Death Metal outfit Misery Index have added new Japanese tour dates together with Napalm Death in support of their upcoming album ”Rituals of Power”. The new album is slated for release on March 8th, 2019 via Season of Mist Records.

Statement of the band about the tour:

“We are elated that Extreme the Dojo has invited us back to Japan again for another incredible line up. Our last run was Vol. 22 alongside Cannibal Corpse and The Faceless. This time true grit and grind is taken to the extreme together with Napalm Death, Eyehategod and Melt Banana!”

The bands statement for the upcoming album:

On further news, Misery Index have announced new European dates together with Wormot and Truth Corrodedin the spring of 2019. The ”Rituals of Power: Phase 1” tour sees the band traveling through eight countries with a final curtain at the Turock in Essen (DE).

Check out the lyric video for the song called ”Rituals Of Power” here, enjoy it: