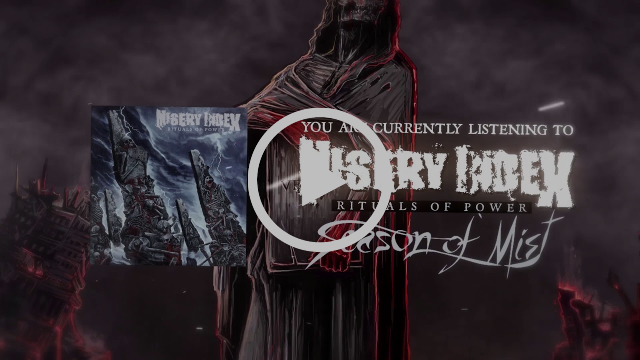 Death Metal extremists Misery Index are now premiering the second song taken from their upcoming album ”Rituals of Power’‘. The new offering is slated for release on March 08th, 2019 via Season of Mist Records. The song can be streamed in the form of a lyric video via Decibel Magazine HERE.


Band states this about the new song:

” ”Rituals of Power” represents the album’s title track and most musically dynamic offering. We wanted to create something that captured the tension of this modern era; something that conjures visions of civilization collapse and lost ideals gone astray and embeds them in riffs as monolithic as they are haunting. It is an anthem of hope as much as it is a cautionary tale about the use and abuse of power; an end-times farewell letter from the front lines of history. Turn it up and enjoy the ride…”

The band statement of the upcoming album:

On further news, Misery Index have announced new European dates together with Wormot and Truth Corroded in the spring of 2019. The ”Rituals of Power: Phase 1” tour sees the band traveling through eight countries with a final curtain at the Turock in Essen (DE).

Check out the premiere and the lyric video for the song called ” here, enjoy it: