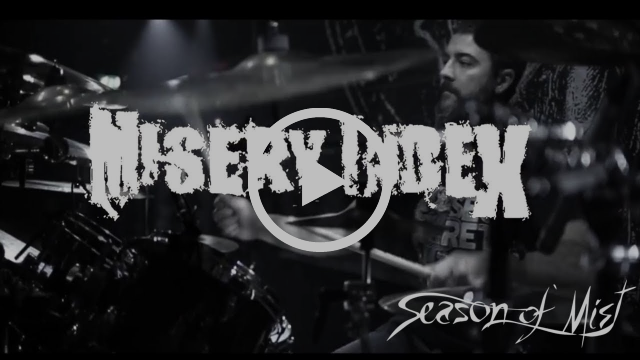 “New Salem sums up perfectly the lyrical vitriol and musical dynamics featured across “Rituals of Power”. We wanted to introduce the album, not just with a straight-ahead ripping tune, but with a smack to the face; it’s a wake up call for any concerned citizen and a code red for civilization. Ugly times call for stark and uncomfortable statements, and New Salem castigates the faults and ineptitude’s of our broken media system and the Crucible-esque, witch-hunt culture it fuels.

Misery Index have previously announced new European dates together with Wormot and Truth Corroded in the spring of 2019. The ”Rituals of Power: Phase 1” tour sees the band traveling through eight countries with a final curtain at the Turock in Essen (DE).

Check out the premiere and the music video for the song “New Salem” here, enjoy it: