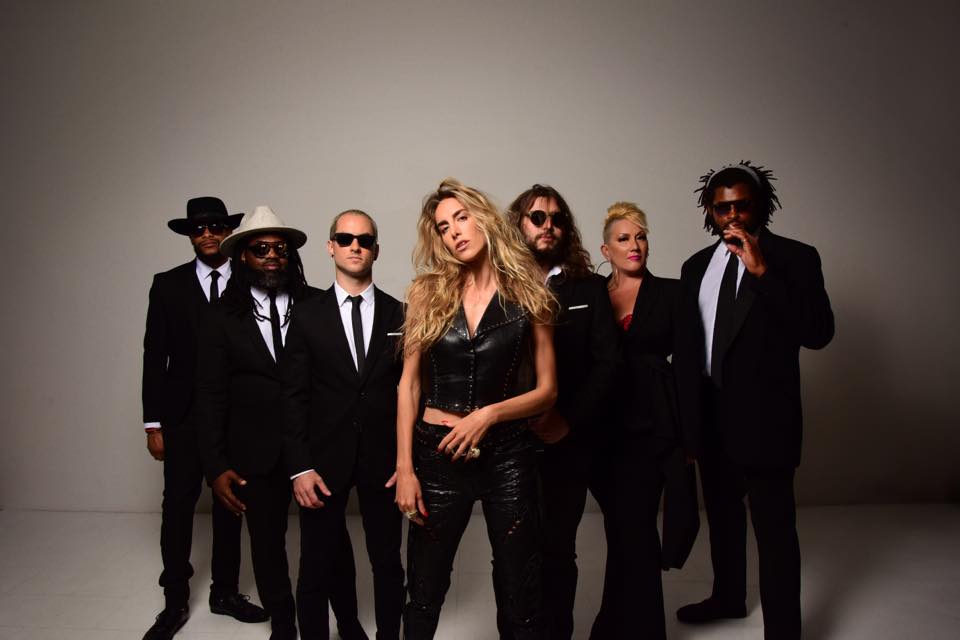 New Yorker funky rockers Miss Velvet and The Blue Wolf premieres the official studio music video for the “Launch” in the studio, taken from their new record, recorded in 2019 titled “Feed the Wolf”, as the announcement of their upcoming 2020 tour. Their tour was scheduled to kick off on March 16th. One week later the pandemic occurred thus began the total shutdown of New York City and the world we once knew. From that night rehearsal footage transformed into a music video and ”Lauch” was born!   Look for Miss Velvet and the Blue Wolf’s worldwide tour coming to you during the Spring of 2021 as they relaunch with album #3. Go to missvelvetandthebluewolf.com for more information.

This song starts with this groove sounds in 70’s style, after that it gets freaky with some crushing rock riffs – accompanied by amazing, but beautiful harsh vocals by awesome Vocalist Miss Velvet – as well coordinated through- out the whole, with such a perfect balance in her high range vocals to the scream part of it, very tactical and coordinated, which is the absolute highlight of the song.

The whole song has that funky groove rhythm to it – but the best part of the whole video of the song is the band, that has that electric, hyperactive performance – mostly the Vocalist Miss Velvet, but the band followed her and her performance very well – which will make the video more interesting, special – just outgoing, awesome as much it can be – but mostly all of this present’s this song just the way it should, it’s outgoing and rebellious – but has a fun part to it, which made it just a perfect jamming song for the listeners – also the viewers will enjoy this funky rock song, as well and the whole performance of this great outstanding song. This song is a perfect fusion of funky music and hard-rock, it’s catchy and divine in it’s own creative way.

Drum set and riffs are coordinated and balanced through out the whole song and with Miss Velvet’s voice in each part of the song, also the whole arrangement of the sound and production is flawless – the sound is clear, distortion is great, every sound and the role of every instrument is harmonized in the song – which yet again indicates why this song is just awesome – also why the listeners and viewers will love it, from the beginning till the end.

At the end of the video there is a male Vocalist who added that spark to the video at the end of it, with whole of the tension to it – with electricity of the funky madness and whole furious performance, the video ends in such amazing way.

Feel the groove funky rhythm, that takes over you through the sounds of hard-rock.

Check out the official  premiere for the music video of the “Launch”, here: