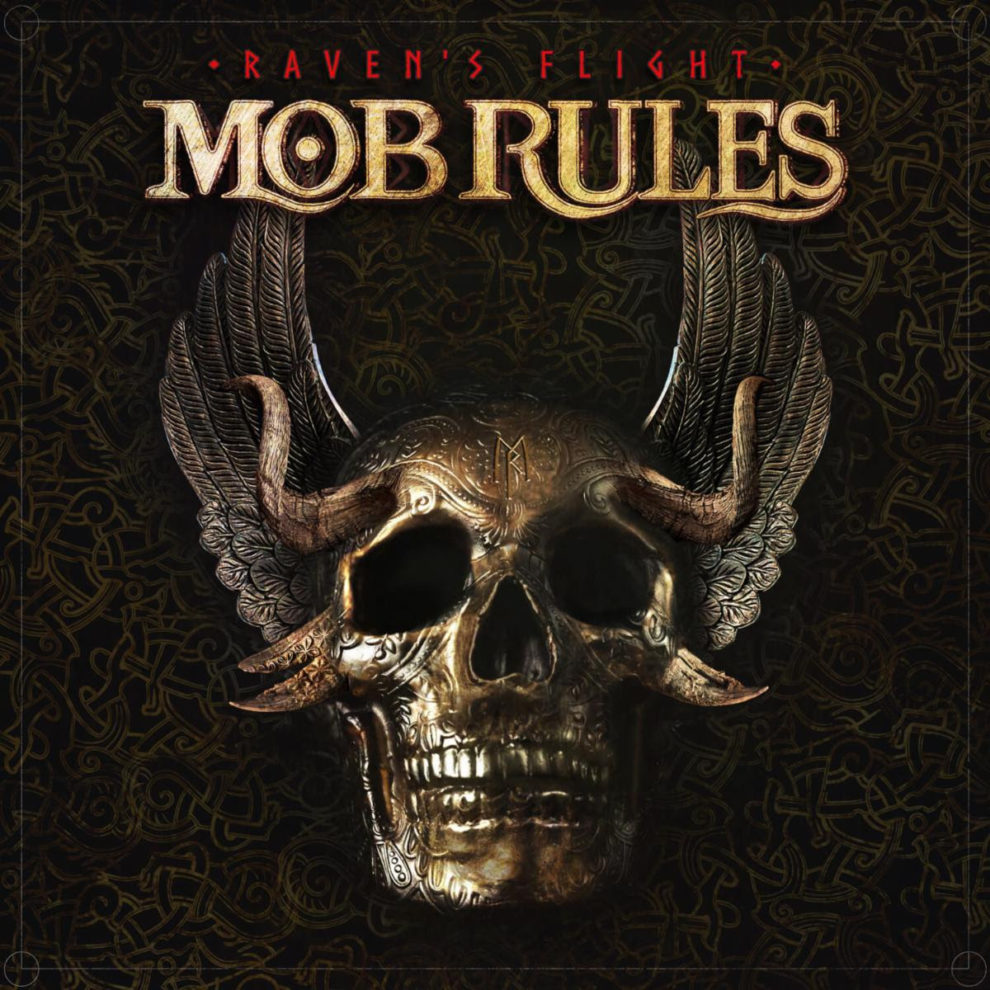 The band states this about the cover:

“We just wanted to try something new, experimenting with other sounds and doing a song that might be untypical for us”, says singer Klaus Dirks. Mob Rules toured with the Melodic Death masters of Amon Amarth before – at the Wacken Road Show in 2003: “Every evening, when the guys came on stage, the audience was shaken completely upside down. The power and joy of playing of the band were already impressive at that time! We were always looking for challenges and considered it important to cover a current song instead of just another old metal or rock classic.“

The song “Raven’s Flight” is massive and strong by nature; Mob Rules have strengthened the melodies even further with their unmistakable sound while the powerful clear lead vocals, the voice of Klaus Dirks, provided the special Mob Rulescharacter.

“This is to be understood as a kind of tribute to Amon Amarth, who have always remained true to their sound”, the singer concludes.

The song was mixed and mastered by Markus Teske (The New Roses, Vanden Plas) who already took over the mix for the chart album “Beast Reborn”.

Check out the cover song for the “Raven’s Flight” of Amon Amarth by Mob Rules, here: