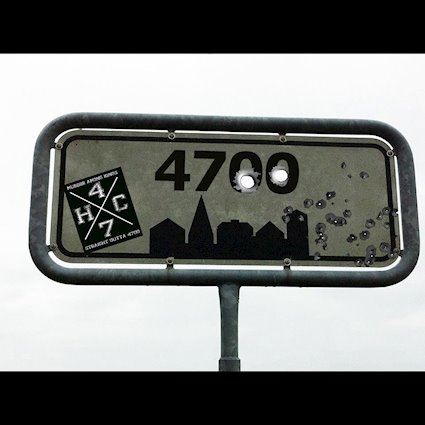 Heavy slam riffs with some old school hardcore/nu metal influences made this song modern destructive force of rebellion. The song has also rap influences, and also it’s a tribute song about the city where band grew up at 4700 Naestve. The city has, throughout the years, been the center of a metal-scene that inspired and developed Murder Among Kings music. It’s a nice anthem and the tribute for the song, they did the awesome job presenting their hometown, with some raw slam riffs and rap influences made it a true rebellious piece of art. This song is about  life giving some hard knocks and wounds, but the roots remains the same.This video also has the images of the city, and also great production made it more interesting for watching and listening, both the production of the music video and the song, very modern, raw, heavy in the sound, and the video as well with some ghetto elements. Hardcore/nu metal crushing demonstration of power strikes hard, in ghetto style.

Influenced by Biohazard & Hatebreed meets Deftones & Korn.  Danish act was formed with former members from Downswitch and Crawcell. The song is mixed by KB Larsen (Volbeat) and mastered at Medley (Glenn Hughes, Artillery).

Check out the premiere of the music video for the song “47 Double Click” feat Xverd, here:

The concert of Mgła in Belgrade/Serbia is sold out, also at Zagreb/Croatia!
Anoxia premieres the music video for the “These Chains”, melodic rock/metal devastation that breaks the chains, and sets the spirits free!