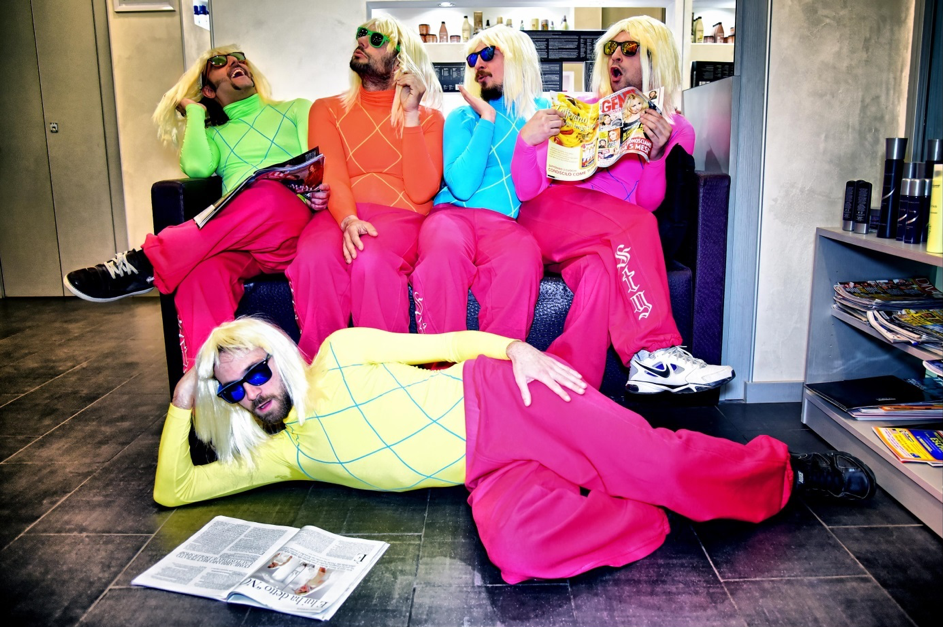 Nanowar Of Steel, international masters of parody-metal, have pushed it to the next level and signed a worldwide contract with Napalm Records. Humor in metal is a rarity, but Nanowar Of Steel impressively boost its existence by mixing contrasting musical styles like ska and true metal, crafting a genre-fluid fun formation. The band was formed in 2003 in Rome (IT) and has been dedicated to tongue-in-cheek metal ever since.

The band’s unique sense of humor is rooted somewhere between the Italian sun and the darkness of the Norwegian winter. Their latest release, “Norwegian Reggaeton”, combines all well-known clichés of both cultures, creating a new, unprecedented offering. After four full length studio albums, the band is now ready to take the next step on the Stairway to Valhalla. Beware: Nanowar Of Steel take “parody very seriously”!

For the first time in our 15-year career, this record deal will allow us to show the world that our idiocy truly has no boundaries. Thanks, Napalm, for believing in us and in our special brand of genre-fluid metal!”
“Norwegian Reggaeton” finally available on Vinyl!

With their latest release, “Norwegian Reggaeton”, Nanowar Of Steel have created the first metaltón (metal + reggaeton) song in the history of summer hits. After the digital release in July, a limited 7” single, which contains the songs “Norwegian Reggaeton” and “Bestie di Seitan”, will be released on November 22th.