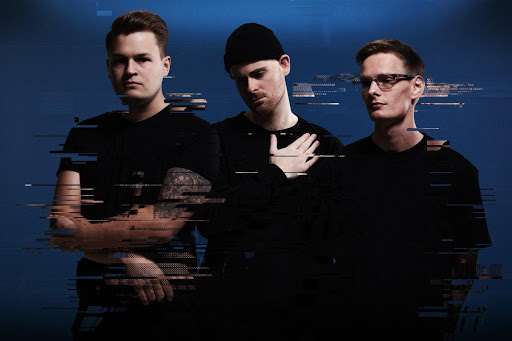 The instrumental trio Navian are back to the spotlight with their new phenomenal song “Apricity”. This is the third song from Navian’s upcoming debut album “Cosmos”, to be released on Nov 19th via Indie Recordings.

“What makes ‘Apricity’ stand out on the record is its feel of melancholy, the sense of longing and atmospheric vibe combined with the odd-timed and low-tuned heavy sections. With this track we wanted to create a space for the listener to dream themselves away in, before being dragged right back into the heavy patterns giving them the feel of being struck by a meteor.”

The guys met while taking a bachelor’s degree in contemporary music and were all working as session musicians. It is safe to say that the trio have an above average interest in music theory and history, production, instruments, and gear. Navian started out as a musical playground, a place where the members could challenge themselves and write the music they most wanted to play.

The band states this about their music and work:

“Practicing on something really hard, something that feels like we’re never going to master, and to spend numerous hours to finally achieve it. That feeling of pure joy is indescribable. It’s something we all love. It could perhaps be compared to sports, and how the sense of achievement hits you when you make the most crucial score of the game.”

The band came together in just one month. It all started with the bass player attending a concert with Polyphia and instantly thinking that he had to start a band like this. From there, the line-up was set, but they didn’t really get things going before their first festival booking, giving them one month to finish tracks for a full set. The intense work turned to great success, leading the band to continue the work for a full length.

Right before the first lock down in the home country Norway, they played at the Norwegian show case festival by:Larm, where the audience “sang” along to the track “Multiplayer”.

Check out and listen to this dreamy, sonic masterpiece here: https://orcd.co/apricity!

Halcyon Days released new song “Sleepwalking”, new record ”Keep Myself From Sinking” is out now!
Mordian will release cover song of “Sally’s Lament” from The Nightmare Before Christmas on Halloween!