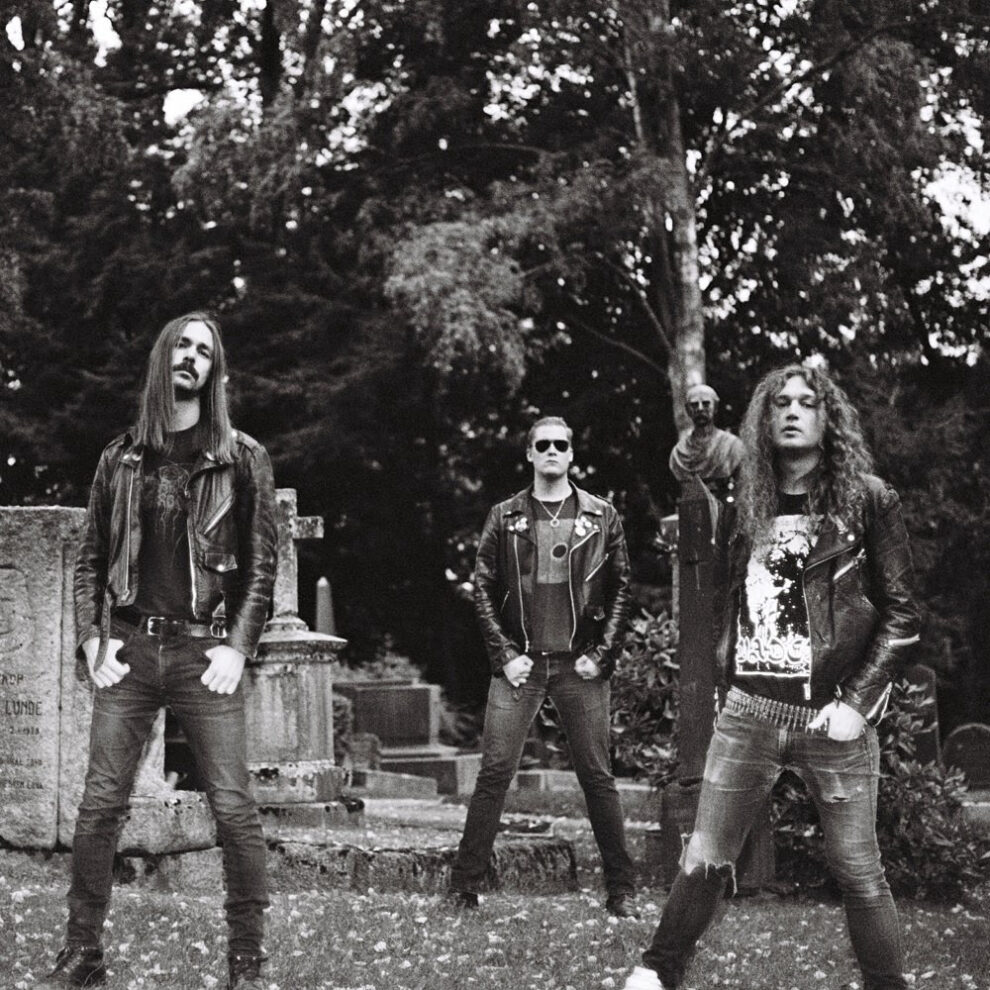 The band has states this about the new song:

“The Visions of Trismegistos is an alchemic formula conveyed through an unknown papyrus by the thrice great Hermes. These hellenic rites will thrust the initiate through the esoteric realms and break the limits of mortality.”

”The Visions of Trismegistos” is a long-awaited metal assault, bringing forth the spirit of old metal once again. Recorded in Chaka Khan Studio and various locations around Oslo by the members of Nekromantheon themselves, using mostly old, analog equipment to get that warm, genuine sound.

Visions of Trismegistos feels like a lost opus from the glory days of the 80’s, when Thrash, Death and Black metal was merged into one unholy trinity. Yet, it is a fresh and vital testament of a band at the height of their abilities, that stand out amongst their peers.

With The Visions of Trismegistos, Nekromantheon are ready to resurrect the ways of the ancient with their fresh take on old school extreme metal!

”The Visions of Trismegistos” will be unleashed by Indie Recordings worldwide and by Hells Headbangers in the USA on April 30th!

Nekromantheon started out in early 2005 with only one goal in mind: To play fast, evil and dirty thrash metal in the way of the old gods. Influenced by the classics of Slayer, Sadus, Kreator, Dark Angel and Sepultura, they unleashed their attack on modern metal.

After the release of the “We’re Rotting” EP in early 2007, the band had already built a name for themselves in the underground scene. As the band got more and more focused on capturing the spirit of the 80’s, guitarist Arild “Arse” Myren Torp, and drummer Christian “Kick” Holm started building their own recording studio. Shortly their very own “KickArse Studio” was ready in Kolbotn, Norway, the hometown of the mighty Darkthrone.

With their own creative pit available their first full-length album, entitled “Divinity of Death” was released shortly. This intense evocation of evil turned some heads indeed, and earned the band a spot at Maryland DeathFest 2010 and the highly prestigious, yet extremely underground, Live Evil Festival in London the same year.

In 2012, Nekromantheon released their second record, “Rise, Vulcan Spectre” elevating the level of ferocious, darkened Thrash metal to unknown heights. The release was an unholy offering to summon the old ways of metal, being held up to underground classics from the 80’s. It was an intense, analog sounding record that showed no mercy. Rise, Vulcan Spectre was met with raving reviews and went on to receive a Grammy for Best Metal album 2012.

Nekromantheon, unaffected by the “success”, continued to play underground concerts and festivals that they deemed suited for their concept, and continued to keep a low profile throughout the years, playing selected shows and slowly working on new material. As the members were active and creative in bands like Obliteration, Black Viper, Flight, Deathhammer etc, and they have an extremely self-critical way of writing music within Nekromantheon, the follow up record took years and years before it materialized. We believe it’s worth the wait! 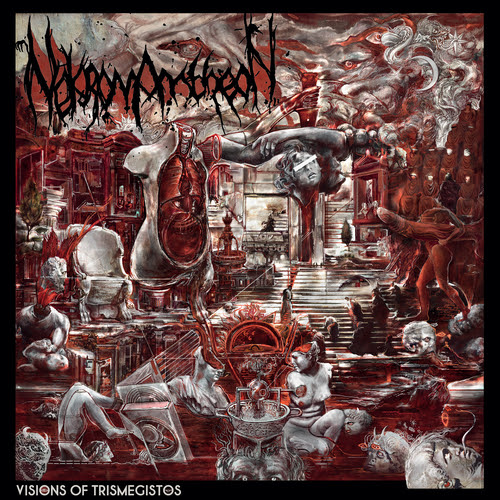 Check out the new song ”The Visions of Trismegistos”, here: