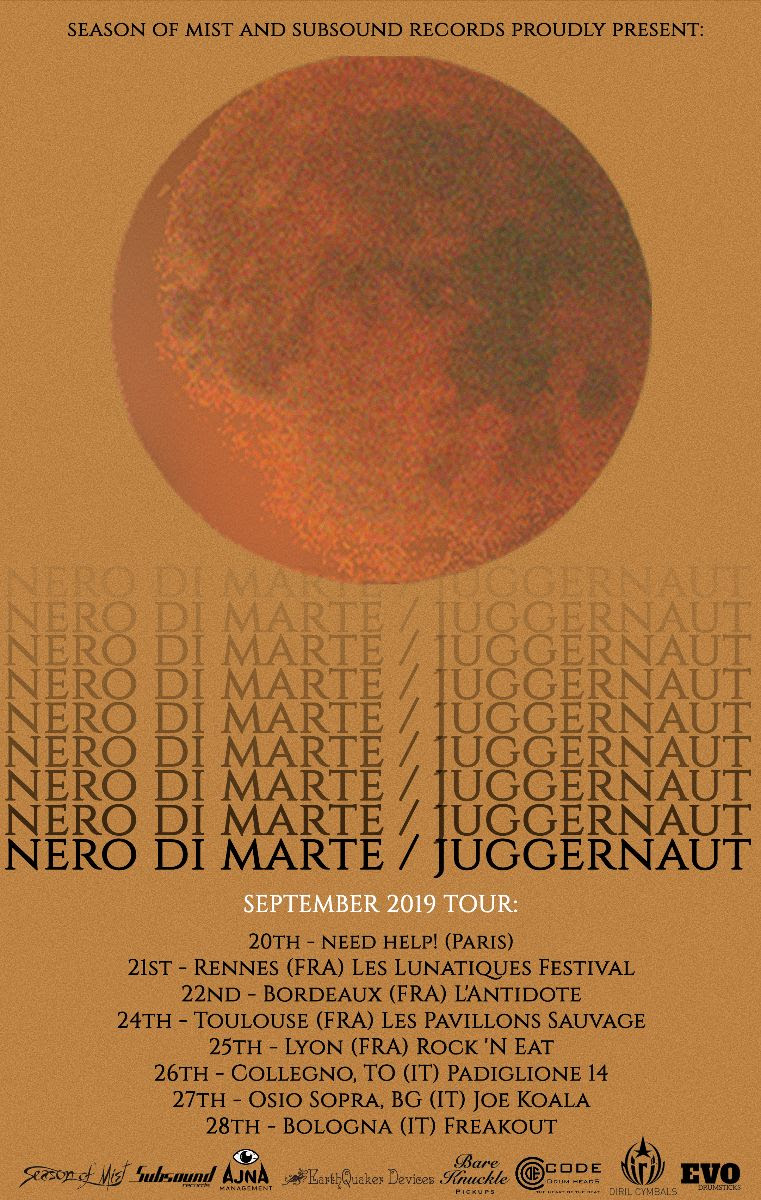 Italian post-metal band Nero Di Marte have announced French and Italian tour dates together with Juggernaut for September. The rampage will kick off at the Les Lunatiques Festival in Rennes (FR) and sees the band traveling deeper into France in the days after. A final curtain will drop in Bologna (IT) at the Freakout venue on the September 28th.
The band states this about the tour:
“We’re beyond excited to be on the road again with our buddies and partners in crime Juggernaut! We cannot wait to bring this eclectic ensemble of music around France and northern Italy. See you there!”
Nero Di Marte with Juggernaut tour and festival dates:
21 Sep 19 Rennes (FR) Les Lunatiques Festival (event)
22 Sep 19 Bordeaux (FR) L’antidote (event)
24 Sep 19 Toulouse (FR) Les Pavillons Sauvage (event)
25 Sep 19 Lyon (FR) Rock ‘n Eat (event)
26 Sep 19 Collegno (IT) Padiglione 14 (event)
27 Sep 19 Osio Sopra (IT) Joe Koala (event)
28 Sep 19 Bologna (IT) Freakout (event) 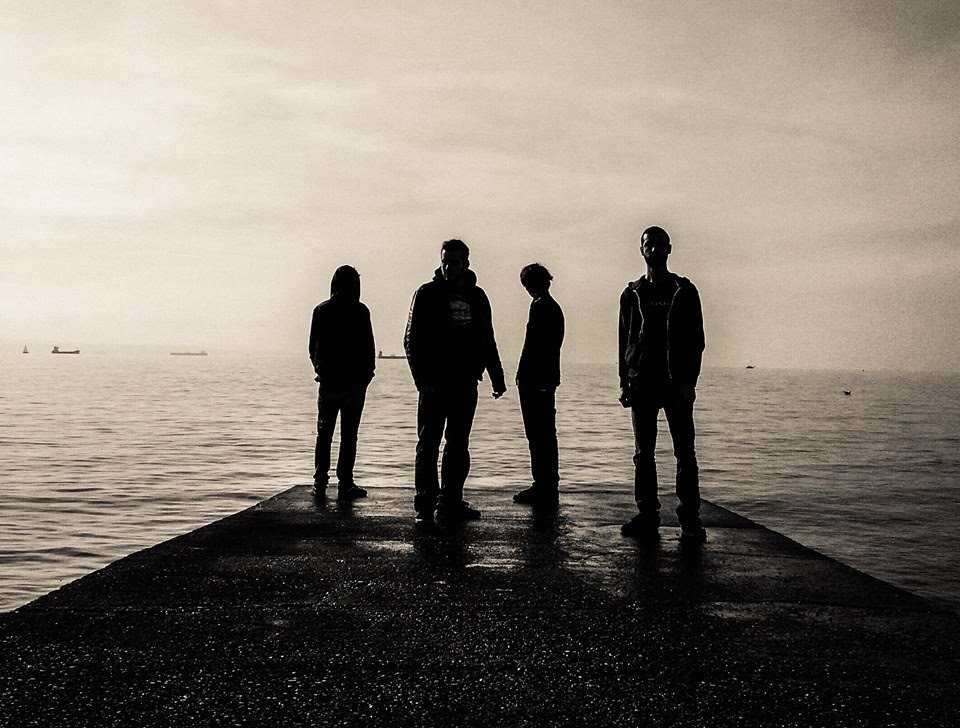 Vocalist Sean Worrell states this about the sing-up:

“I can’t think of a much better home for our music than Season of Mist. They’ve been releasing quality bands of all genres for decades including favorites like Deathspell Omega, Cynic, Virus, The Dillinger Escape Plan and, of course, our good friends in Gorguts – among countless others!”

An example on what to expect can be found here!

Since 2012, Nero Di Marte have been devoted towards creating experimental yet heavy music contaminated by prog, death metal, psychedelia and contemporary classical music. The dissolution of these different influences creates a space in which dissonance, melody, claustrophobic and dreamlike atmospheres become instinctively juxtaposed.

Shortly after releasing their self-titled debut album in 2013, the Italian band was asked by Luc Lemay to tour North America with legendary death metal bands Gorguts and Origin. Following the success of the tour, the band entered the studio in 2014 to record their second album “Derivae” later that year.

Both albums received critical acclaim and the band dedicated the following years to performing live, culminating in a European tour with Gorguts, Psyphotic and Dysrhythmia in 2016 and performances in festivals such as Royal Metal Fest, Stonehenge Fest, Metalorgie Fest, Krakatoa Fest and Solo Macello Fest.

With drummer Marco Bolognini leaving in late 2016, the band recruited drummer/octopus Giulio Galati (Hideous Divinity) in early 2017 to continue composing their third album. After 5 long years of work and transformations, the band finally completed writing and recording their third album in early 2019, once again at Studio73 (Ephel Duath, The Secret, Blindead) in Ravenna with sound engineer Riccardo Pasini.