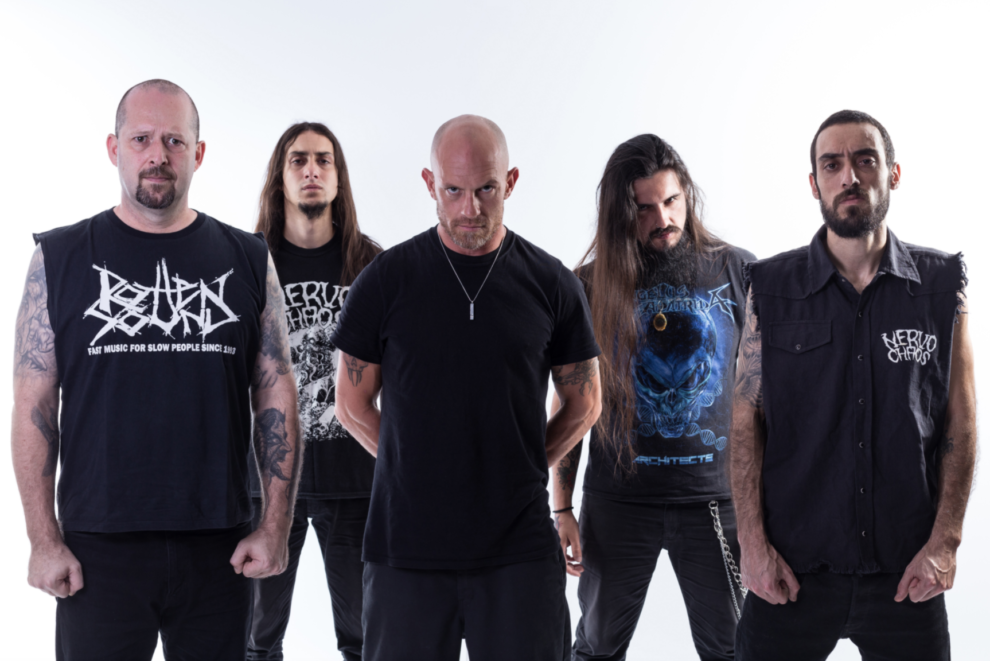 Brazilian death metal crushers Nervochaos premieres the new official music for  “Golden Goblet Of Fornication”, taken from the upcoming record  “All Colors Of Darkness”, which will be released on February 11th, via Emanzipation Productions.

Here it comes ruthless and uncompromising Nervochaos delivering chaotic song – of pure death metal destruction. From the start this song is just fast, intense, brutal and just uncompromising strayed up in the face music – that shakes the ground and blows minds – with it’s perfect technical structure of coordinated drum set, riffs, vocals and arrangements. And all of this created ultimate classical death metal demolisher – that is just bloodthirsty and badass as the band itself. Great passage are once again present in the song – showing the death metal quality to it – by this veterans who know how to death metal and to present it in it’s purest sinister form. Intensity of this song shows, that not everything is all about making a perfect music/riffs it is about feeling then. And that passage with that brutal/sinister riff is just an example of how much this band feels their music, their inner brutality. And at the very end of the song, for the last death feast for extreme metal fans to consume is that guitar shredding – that classical death metal riffs that leaves exactment while listening to it.

Vocalist Brian Stone clearly has a high quality vocal capabilities – to carry out this fast and ruthless song so easily. His vocal skills are outstanding, from higher growls to lower ones – but there is that death metal attitude, as well. All of his performance is unique one, one of a kind growl technic  – that must be practice a lot – present quality for death metal genre.

There is also this ritualistic video that shows all of the best sides of death metal and it fallows the story from the lyrics perfectly. In the video there are explicit scenes of ritual and of some Demonic Goddess doing her own thing. Since this is death metal, there is no need for censorship – that’s what death metal is all about, since the beginning. About stuff that are not pretty.

Video goes along perfectly with the whole story, raging atmosphere of the song. It is pure death metal feast for all consumers of gore and death metal destruction, to enjoy – to play it all the way around. Death metal demolisher, coming from hell to demolish everything. Power death metal song – that delivers only true quality death metal without compromise. 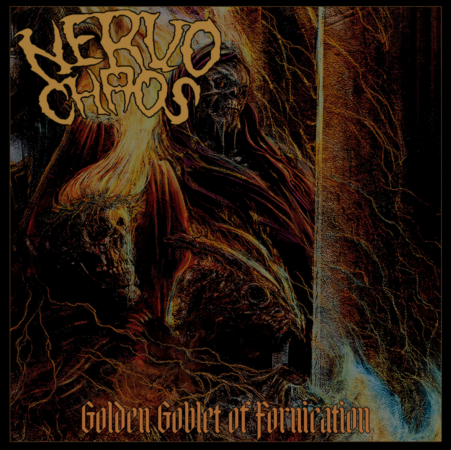 Fed-up with the entire trend flooding the scene, Nervochaos was born in São Paulo –Brazil in the spring of 1996, with the idea of creating aggressive and chaotic extreme music.

The band gained cult status in the music scene due to their hard work over the past 25 years, offering a sonic extravaganza in their unique way. The group has nine full-length studio albums out and is constantly touring worldwide to support their releases, doing around 100 concerts per year – from clubs to festivals. “All Colors Of Darkness” will be re-released on LP (black and transparent orange vinyl’s, each limited to 300 units), CD and digital formats via Emanzipation Productions on February 11th.

Check out the premiere for the new official music video for “Golden Goblet Of Fornication”, below:

Ludovico Technique premieres a lyric video for “Noise Is Gone”, bring the noise with the industrial gothic madness!
Tersivel premieres a music video for the “Weeping Iron Tears”, awake your dark senses with the mighty progressive death/doom overload!